Roulette has been in existence for more than two hundred years and has seen its fair share of high-rollers — and debt accumulation. Bitcoin roulette, its cryptocurrency-based equivalent, has also been around almost as long as cryptocurrency itself. It is one of the most popular games both on- and offline due to its simplicity, accessibility (almost every casino has a roulette table), and interesting variants.

The rise in bitcoin use and its benefits for the gambling industry — such as player anonymity, security, and fast withdrawal speeds — also contribute to the growing popularity of bitcoin roulette. Like other popular bitcoin casino games, there is no major difference between bitcoin roulette and its traditional counterpart, except the currency used.

There are many reasons why people play roulette. It’s easy to understand compared to games like poker, without complex rules that are difficult to remember. Players are drawn to the charm of the game, which has become an honored tradition and symbol of the gambling industry.

Roulette is all about numbers. Don't run just yet! Unlike Bitcoin Blackjack, roulette does not take much mental calculation and is ruled purely by chance. Its basic underlying premise is simple: you place bets by putting chips on particular numbers, toss a small ball on to the spinning roulette wheel, and wait to see if the ball lands on one of your numbers.

The layout of a typical bitcoin roulette game consists of a roulette wheel, ball, betting chips, and a betting board. Basically, all a player is really doing is guessing which number the ball will land on when thrown.

The wheel consists of numbered slots which correspond to the numbers on the betting board. The roulette ball is dropped on the spinning wheel and when it stops, the ball will rest on a number. This is the winning number, and players who placed bets on it are paid. The wheel is spun at the start of each round and the player continues to place betting chips on the betting board.

There are different ways in which players can place bets. These can be either inside bets which are placed inside or on the edge of the number grid, or outside bets which are placed on the labeled boxes outside the number grid. There are also different ways to place both inside and outside bets and they all have different payouts. Payouts are the number of times a player’s bet is multiplied when they win. For example, if a bet payout is 35 to 1, a player will win $35 on a $1 bet. 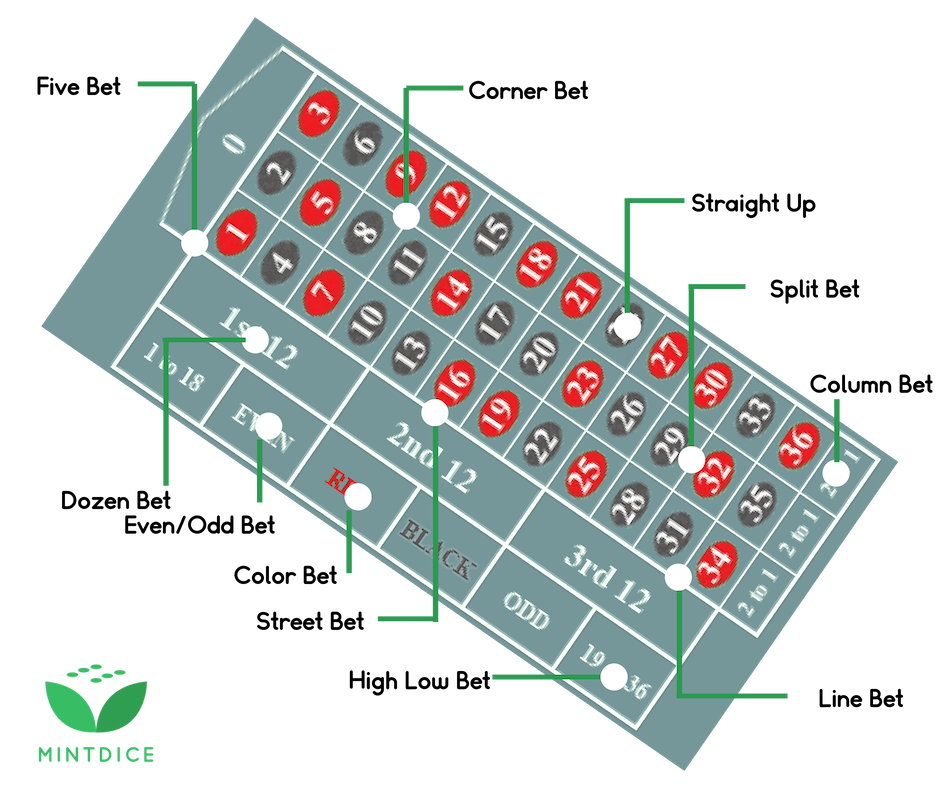 The house edge refers to the advantage the casino has over its players in a certain game. It is calculated in percentages and can be used to predict return rates. In bitcoin roulette, the house gets its edge in two ways: When the ball lands on zero (green) and through inside bets which have lower payouts than winning odds. Generally, European roulette has a better house edge for players.

The house edges for bitcoin roulette are:

There are several strategies which can be employed, such as Fibonacci and D’Alembert. However, they are mostly unnecessary because bitcoin roulette is a game of chance and there is no way to predict future outcomes from past ones.

For those players new to bitcoin gambling, bitcoin roulette is a great starting point. Not only does it offer better odds, bet types, and simpler rules, it is also found in most casinos. Now, players have the option of placing bets in bitcoin and other cryptocurrencies in online casinos. Many of such bitcoin casinos are also provably fair, allowing the players to check if an outcome was truly random.

The issue of payouts also comes with less stress since winnings are paid out instantly into players’ wallets. It is also convenient for players and the casinos who don’t have to worry about location issues. Instead of leaving the comfort of their homes, anyone can simply go to an online casino site and let the chips fall where they may.

The crypto community has had to return to the drawing board to create simple and efficient ways to attract new users. One of these ways is through the use of Bitcoin faucets, a reward system in form of a website or app that aims to give new users the chance to earn small amounts of Bitcoin.

Over the past ten years, blockchain technology has gradually made its way into every major industry, from finance to shipping, real estate, and even art. It is gradually disrupting the inefficient processes that have existed in these industries for a long time. One of these: the gambling industry.