Bit.Rocket is the Bitcoin crash game that is taking the world by storm. It is the perfect innovative mix of high quality graphic engines, an amazing gambling experience while also offering a skill gaming component to the users that desire to play to earn Bitcoin as a side job for crypto payments.

There is much to be said about Bit.Rocket and it is a game that must also be experienced to understand the fun and production value that went into the creation of the game. If you can't wait - Play now! ;)

The ship's crash itself is a randomly determined event, but when a user chooses to jump off the ship to safety in the MintDice exclusive “Escape Pods” is a rather skillful event. For example, if one was to shoot for the moon Bitcoin every time to 100x their money (a Moon meme shows up at the 100x interval) they would likely miss out on many bonus Bitcoin opportunities by cashing out too late. This is because their rocket will often crash before they are able to secure the bonus. But they will almost assuredly win the bonus when they do get to the Moon since few Bitcoin gamers will make it that far. 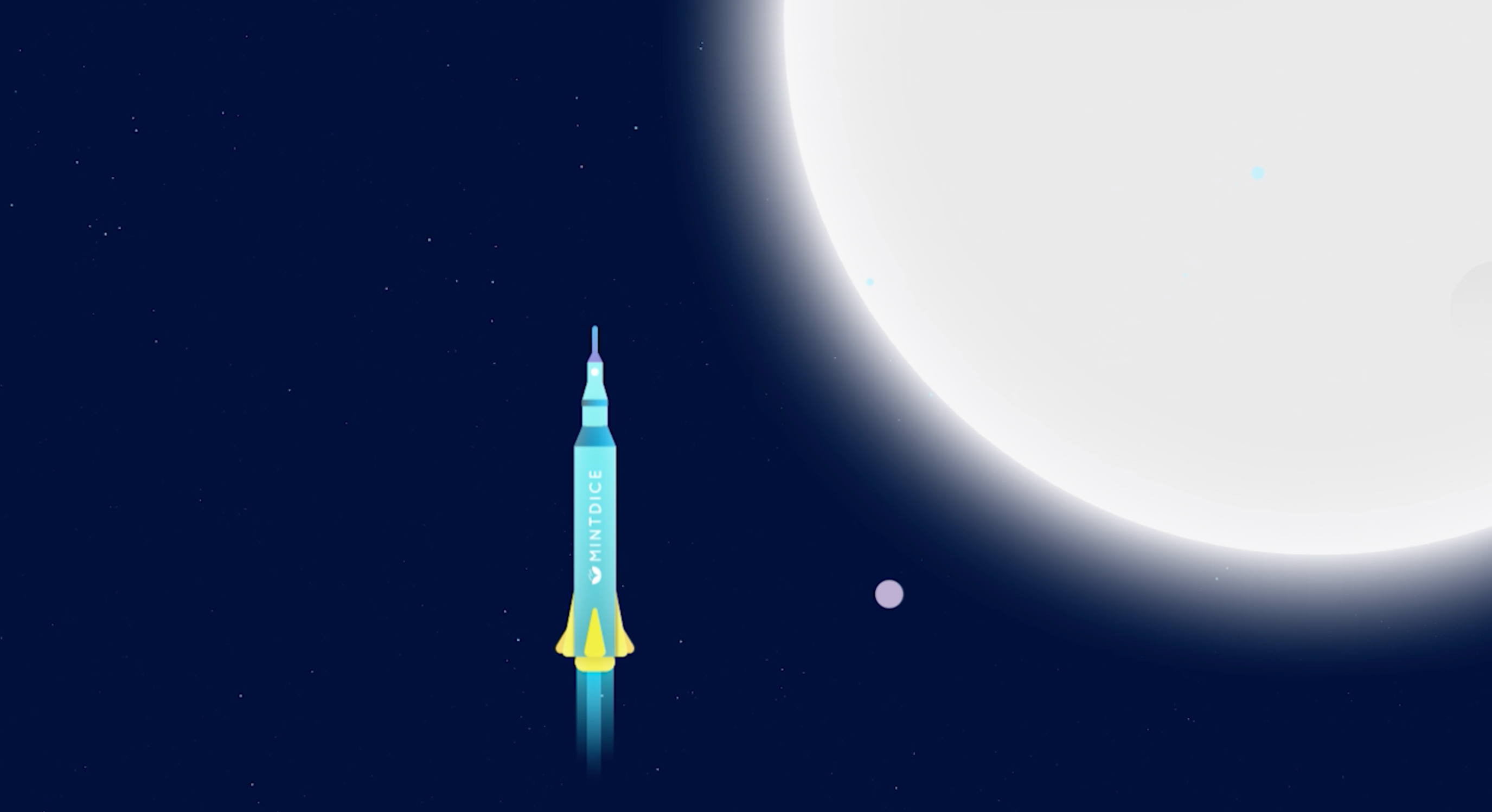 The Bitcoin gaming innovation really shines with the crypto memes that are added to this Bitcoin crash game that make it more interactive than any other standard casino game. In addition to being Provably Fair, MintDice has spared no expense in time or development in creating Bitcoin fan fiction a reality. Including the Moon, Mars, multiple rocket ships, trails and other animations to use and also a guest feature from Elon Musk, there is a lot of smiles to be had by the cryptocurrency fans around the globe.

And course, that isn't all, since MintDice is genuinely raising the Bitcoin crash game to the next level. Because MintDice's Bit.Rocket crash game was built and detailed completely in house, we can modulate this game any-which-way we need to. The future development of Bit.Rocket will focus exclusively on interactivity developments which may include more DLC equipment for users to use and win and also increasing the number of state of the art graphics and memes that are added into our game. MintDice will also actively seek out comments, suggestions and feedback from the Bitcoin community for good suggestions to deploy artistically into future website updates. If you have any suggestions, tell us!

Given the space meme theme, we are going to include the Dogecoin / Doge memes as fans would like both through DLC and standard in-game content. Additionally, the interactivity will increase a lot from the early game aspect so that more fun events will happen between the take-off and the moon meme Bitcoin events.

Finally, we are dedicated to increasing the game's overall usability by all players that wish to engage in Bit.Rocket's immerse universe. The ongoing developments will include a mobile phone compatibility upgrade to incorporate all mobile phone users into the platform. Secondly, a desktop application will be in future development once our other projects have reached a stable level of performance and user adoption. And last but not least, the game engine will undergo significant optimizations to allow lower performance computers/phones to operate Bit.Rocket's advanced gaming environment.

We look forward to seeing you at Bit.Rocket soon enough! Whether you are a casual player looking to have fun and settle on some new world planets and luck your way to winning Bitcoin or a skill-based player looking to a new side profession to earn Bitcoin rapidly, we have a great game for you to dip your toes into. To the Moon, Bitcoin!

Wondering how to incorporate new betting strategies into your gambling realm? Read this article to learn how the strategies from Kakegurui (Compulsive Gambler) can be used in your game.