Eminem recently turned heads when Bitcoin was referenced on hip hop song “Not Alike,” his recently released song featuring Royce da 5’9” on Spotify. Part of Kamikaze, his 2018 surprise album released on the 31st of August, the song has quickly become a hit on several streaming platforms including Apple Music.

On the Bitcoin line from the song, Royce da 5’9” states “Remember everybody used to bite Nickel, now everybody doing Bitcoin.” This is a direct comparison that shows how the world has moved on from the traditional way of handling finance and encapsulates all that cryptocurrency is currently achieving. It also points to the notion that cryptocurrencies and other distributed ledger technologies are set to usurp fiat currencies as the primary global means of exchange.

In pop culture, Eminem is seen as one of the most influential voices, with 15 Grammy Awards to prove it. More than 700,000 tickets for his 2018 tour were sold out in minutes thanks to his large active fanbase. Naturally, his fanbase consists mainly of Generation Z and millennials who are gradually showing far more enthusiasm for cryptocurrencies than the older generations.

By referencing Bitcoin in his hip hop song, Eminem is contributing to making it more popular among his audience. Following the release of the song, Bitcoin saw a 5% weekly increase. For now, blockchain and digital assets still have a dissociative aura to them, where they are seen as a new phenomenon that people should be cautious of.

Those who already hold virtual currencies are likely to find them more relatable when they hear their favorite rapper mentioning it casually on a song. Even the members of his audience who do not know much about cryptocurrency may be motivated to find out more about it. Combining these factors, this small move by Eminem does a lot for the adoption of cryptocurrency.

Although like most Eminem songs, “Not Alike” contains profanity and violence, it is a major way that cryptocurrencies have made an appearance in pop culture. The line of the song containing Bitcoin shows its growing importance and popularity. It also shows its utility beyond scams and fraudulent get-rich-quick schemes.

Eminem is one of the most highly decorated, yet controversial American rappers. He is also a celebrated record producer and actor. Easily one of the best selling artists of the 21st century, he has accumulated a huge following over the years. He has contributed to pop culture since the 2000s, including coining the term “stan” which is now popular among fans.

He was Born on October 17, 1972, in St. Joseph, Missouri as Marshall Bruce Mathers III and attended Lincoln High School in Warren, Michigan. He had a turbulent childhood and eventually dropped out of school at the age of 17 due to his inability to pass his classes.

Although he performed poorly at school, he always had an affinity for language and studying the dictionary. As a teenage dropout, Eminem identified with the emerging rap scene of the 90s and frequently participated in rap battles. He continued to penetrate the Detroit rap scene, despite being white when rap was a predominantly black genre of music. Soon he became one of the most prominent rappers in Detroit's underground scene. A while later, he was discovered by Dr. Dre, a legendary rapper and former producer of N.W.A at the time. 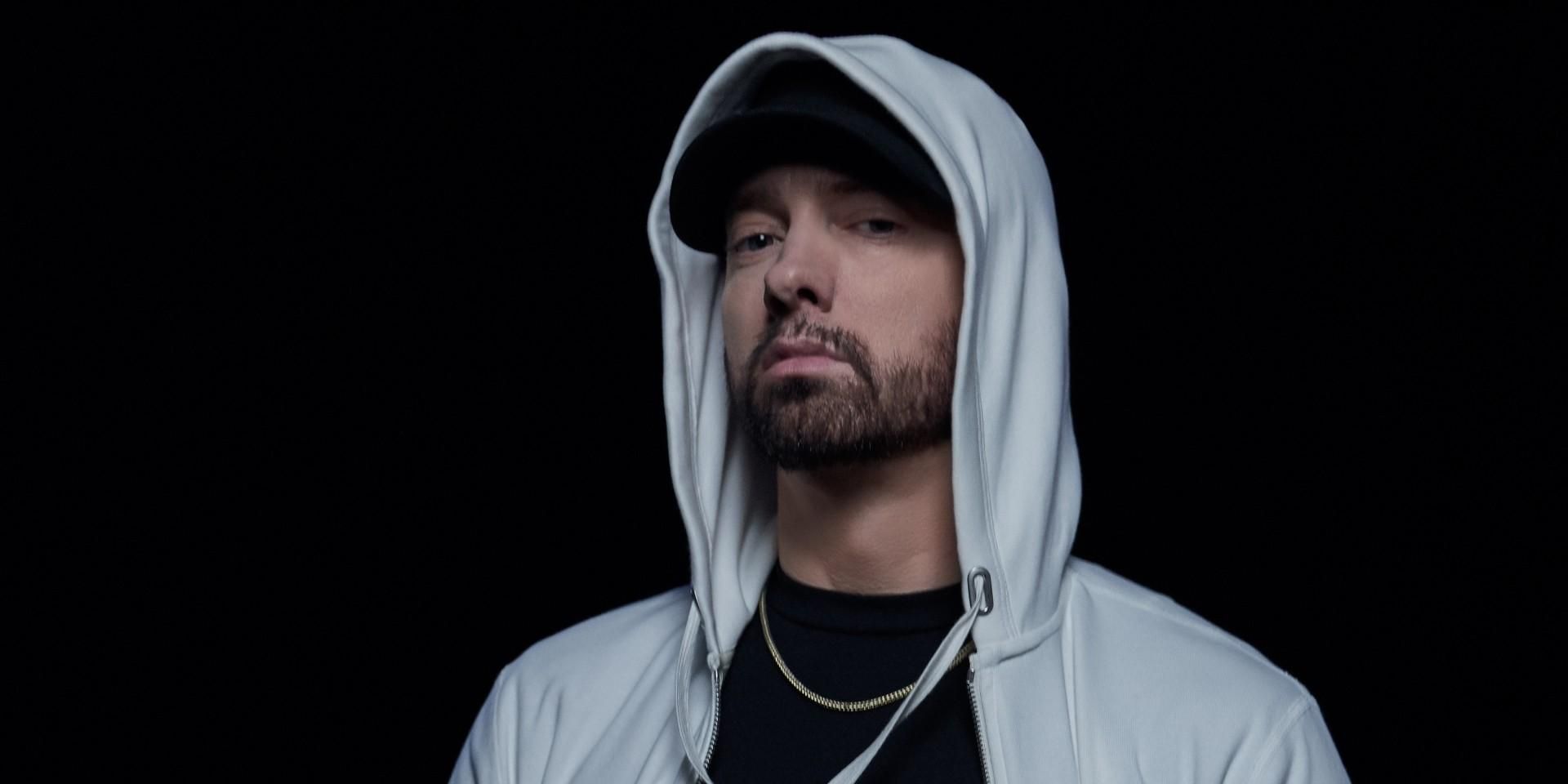 By early 1999, he had released his first album, The Slim Shady LP, which achieved multi-platinum status and earned him two Grammy Awards and four MTV Video Music Awards. The following year, he released The Marshall Mathers LP which is famous for its status as the fastest-selling album in the history of rap.

Ten years later, he released Recovery, another Grammy Award-winning album which documented his struggle with addiction and his subsequent journey to rehabilitation. His fourth album titled Marshall Mathers LP 2 was released in 2013, earning him numerous awards and a positive reception. This was followed by Revival in 2017 and Kamikaze, his latest album, in 2018.

Eminem also ventured into acting with a small role in The Wash, a 2001 film, after a brief stint as a music video extra in 1998. However, he made his big Hollywood debut in 2002, with a leading role in 8 Mile, a quasi-autobiographical film showcasing his later childhood in Detroit. The movie included various original soundtracks like “Lose Yourself” which won the 2003 Academy Award for Best Original Song. It also set the record as the longest-running No. 1 hip-hop single.

The rapper also voiced the character of a corrupt police officer on the 50 Cent: Bulletproof video game as well as the Slim Shady show, a web cartoon at the time. He was offered the lead role in Elysium, a 2013 Sci-Fi film but turned it down due to disagreements with the director.  He also had a cameo appearance in The Interview, a 2014 satire film about the North Korean leader.

Eminem has never been afraid to speak boldly on the topics that interest and bother him. He has been at the forefront of rap music for decades and still remains relevant in the industry.

Which Other Celebrities Have Made Cryptocurrency and Blockchain More Mainstream?

Virtual currencies are becoming a normal part of everyday life, in part because of celebrities that serve as influencers. Although Eminem’s mention of Bitcoin has caused excitement in the community, he is not the first notable celebrity to reference cryptocurrency in pop culture. Through movies, TV shows, celebrity interviews, and music, digital assets are gaining more exposure and adoption every day. The following are instances in which cryptocurrency has been referenced in pop culture:

Popular culture is clearly reflecting the rising awareness of cryptocurrency and blockchain technology. In today’s world, where influencer marketing is a billion dollar market, free press from figures as influential as Eminem is highly valuable. The mention of Bitcoin on his song could be the push that several of his fans need to start investing in it.

The gradual referencing of cryptocurrencies in media plays a huge role in future mainstream adoption. But even more, it shows how far the industry has come since the creation of Bitcoin. Since new developments continue to emerge every day, it is easy to understate the progress that has been achieved so far. Soon, the placement of digital currencies may become the norm, instead of the exception.

In partnership with the Malta Information Technology Agency (MITA), the University of Malta recently signed an agreement to create a blockchain scholarship fund. The 300,000 EUR scholarship will be available for students who are interested in pursuing studies in blockchain and distributed ledger technology.

While cryptocurrency has only recently become a popular term in finance, it has been around for a long time. Before names like Bitcoin , Ethereum , and Litecoin existed, there were attempts to create a decentralized currency. Here, we take a deep dive into the similarities and differences between some of the most valued crypto.