If you’ve heard of the Ethereum blockchain, which it is highly likely that you have by this point, you’ve also probably heard of something called a dapp. But what is a dapp, and what all can they do? You may just be surprised to find out the answer.

A dapp is a decentralized app, and they can perform almost any function you can dream up. And the best part? They’re decentralized, meaning there is no middleman taking a cut of your money like almost every other app on the market.

Whether you are curious about what all a dapp can do, or considering designing your own, keep reading to find out more about the Ethereum blockchain and the dapps it runs on its platform. 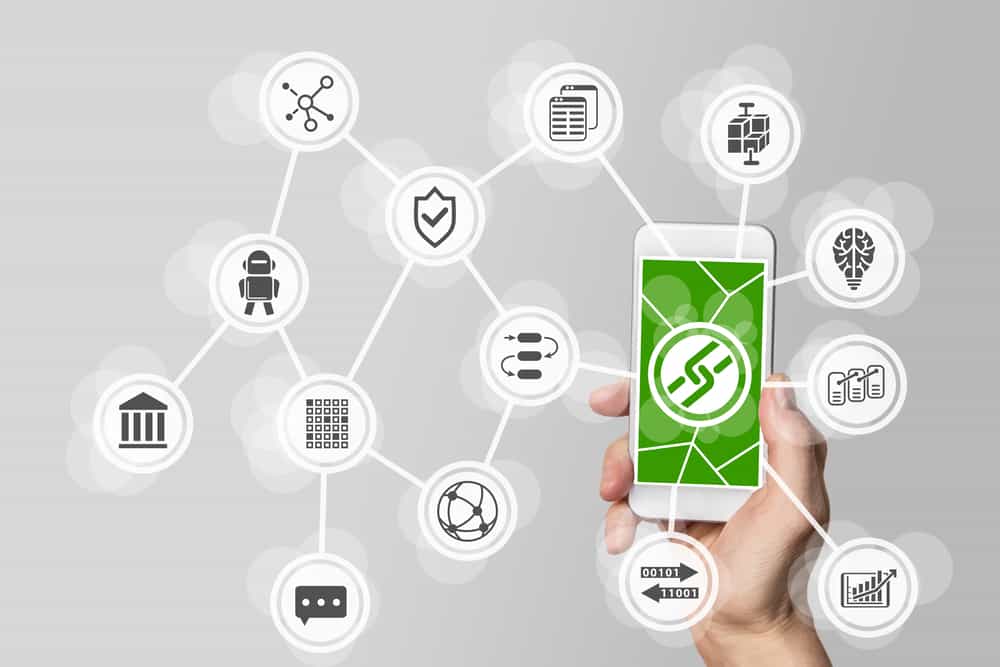 What is a Dapp?

As mentioned above, a dapp is a decentralized app. This means it is an app that runs itself without needing any personal, company, or government oversight. Dapps can be used to create contracts between two people without an overseeing third party.

Look at it this way, you want to rent a place off of Airbnb, but you don’t want to pay the hefty Airbnb fees. A dapp can be designed that lets you work directly with the person renting their home, therefore cutting out the middleman (Airbnb) and saving you money. It can do this because dapps are high level software codes that execute when certain conditions are met. For example, you may reserve the room you wish to rent, paying the dapp the money for the place up front. The dapp would then hold this money until you arrive at the room and confirm that everything is alright. At that time, it would release the funds to the person renting you the room. Additionally, this same dapp could be programed to collect a deposit that could be given to the landlord if you were to damage their property—only releasing it to you after they confirm that everything was left in its place and nothing was damaged.

Pretty cool huh? And it is, dapps aren’t just for renting a place to stay on vacation, they can also be designed to replace ride share apps, place votes in government elections, and even for the closing procedures involved in purchasing a new home. And it does all of this much more cheaply than is currently done.

Dapps are also available around the clock (a far cry from several different services you use in your everyday life) and are encrypted, so you don’t have to trust your data to someone who is going to lose it (ehm…Target). And they run on blockchain technology, with records that are available to the public (but encrypted so your info can’t be stolen).

How Does a Dapp Work?

Dapps run on blockchain technology, which is a group of computers all running the same software program. In order for an action to be executed on blockchain technology, the majority of the computers on the blockchain in question (called nodes) must agree. Then a gas fee must be paid, and the execution of the transaction will follow. This stops people from being able to double-spend their cryptocurrency, as well as prevents people from using the system maliciously.

The dapps are then programed on a series of if/then statements. If all the parameters of the dapp are met, then the dapp will execute, it’s as simple as that. These if/then statements can be programmed for any number of purposes, such as games, currency exchange, and social apps. Even if there isn’t a dapp for it now, chances are you can create one for whatever you may need. Are There Any Weaknesses in Dapps?

For as great as dapps are, there are unfortunately some weaknesses. The number one problem with an app that doesn’t have third party oversight is that they can be difficult to use and have poor user interface. This is because user testing is typically paid for by the company designing a phone or computer app. So when you remove them from the equation, you end up with something that definitely isn’t as pretty—especially because the software developers typically skip this step.

Not to mention that dapps are also subject to frequent hacks. Many dapps are created with sufficient security to keep the hackers at bay, but some are not, and this had led to the prominence of hacking within the space because hackers know if they try enough dapps, they will find one with insufficient security.

And the final problem is a lack of users. Because dapps are so new, they typically don’t have very many users. And while this may not seem like a problem, it becomes one when you think of an app like uber trying to run with only a handful of drivers and handful of passengers. It just wouldn’t work. Hopefully this will change as blockchain technology becomes more common place but for now, it is definitely a dark mark on the technology.

The Most Popular Dapps

Now that you know all about dapps and how they work, take a look at some of the most popular ones in the space and what they can do.

OpenSea is a marketplace dapp that allows people to sell all kinds of goods directly to one another. You can sell everything from NFTs, to gaming items for games on the Ethereum blockchain.

UniSwap is a decentralized exchange dapp that allows people to trade cryptocurrencies for other cryptocurrencies directly. And the best part is, you don’t have to wait for a match for you order to execute, instead, all purchases are backed by liquidity pools that allow orders to execute immediately.

Cryptokitties is an online game where you can purchase and breed unique cats to make more unique cats! You can also clothe and care for your cat. And if you get an especially rare one, you can sell it for eth to make some extra money!

And these are only a few of the many dapps there are out there! According to one website, there are currently over 4,000 dapps that you can use to manage everything from your finances, your shopping, and your gaming. So whether you are interested in using a dapp, or creating one for your business, it’s safe to say dapps are truly the technology of the future!

Many people know Nepal to be the birthplace of Buddhism’s founder, the location of the tallest peak, Mt. Everest, and the beauty that consists of rolling hills and mountains in the Himalayas. But did you know that Nepal also has a history in the gaming industry?

The fancy footwork, the bobbing and weaving of the head, the action-packed, brutal punches exchanged are just a few reasons boxing fans show up to watch the matches consistently. But is it always an honest match?