The cryptocurrency market and applications for blockchain technology are gaining momentum, and global regulators are struggling to keep up with a legislative approach. Many people have found themselves caught in an ICO scam or pump and dump scheme, leading to regulators sounding the alarms in the spirit of investor safety.

There are plenty of cryptocurrency proponents that enjoy the laissez-faire nature of Bitcoin and other cryptos. However, for cryptocurrencies to be recognized as an asset class or a currency, today’s world says there needs to be some regulation or standardized approach to the industry.

Regulators have discussed the matter of the global cryptocurrency market, most recently at the G20 summit in Buenos Aires, Argentina. During the meetings, they determined a summer deadline for specific proposals and recommendations from the members and their various task forces.

Regulators want to provide a unified approach and develop the best way forward for regulating cryptocurrency market. They see the potential and don’t want to ban cryptocurrency, but there are similar risks that they are trying to understand and regulate.

Bringing regulation to the cryptocurrency market would have a two-fold effect. There are huge amounts of crypto investors that cringe at the idea of regulation and claim that it defeats the purpose of having a decentralized currency in the first place. But having a defined regulation or legislation for digital currencies would provide a sense of certainty to the markets that don’t exist today.

That certainty is what institutional money is waiting for to jump into the crypto world. And when institutional money joins the party, it could drive a huge surge in the cryptocurrency market. So let’s take a look at crypto regulations in a few of the significant jurisdictions and where they might be headed before the end of the year. 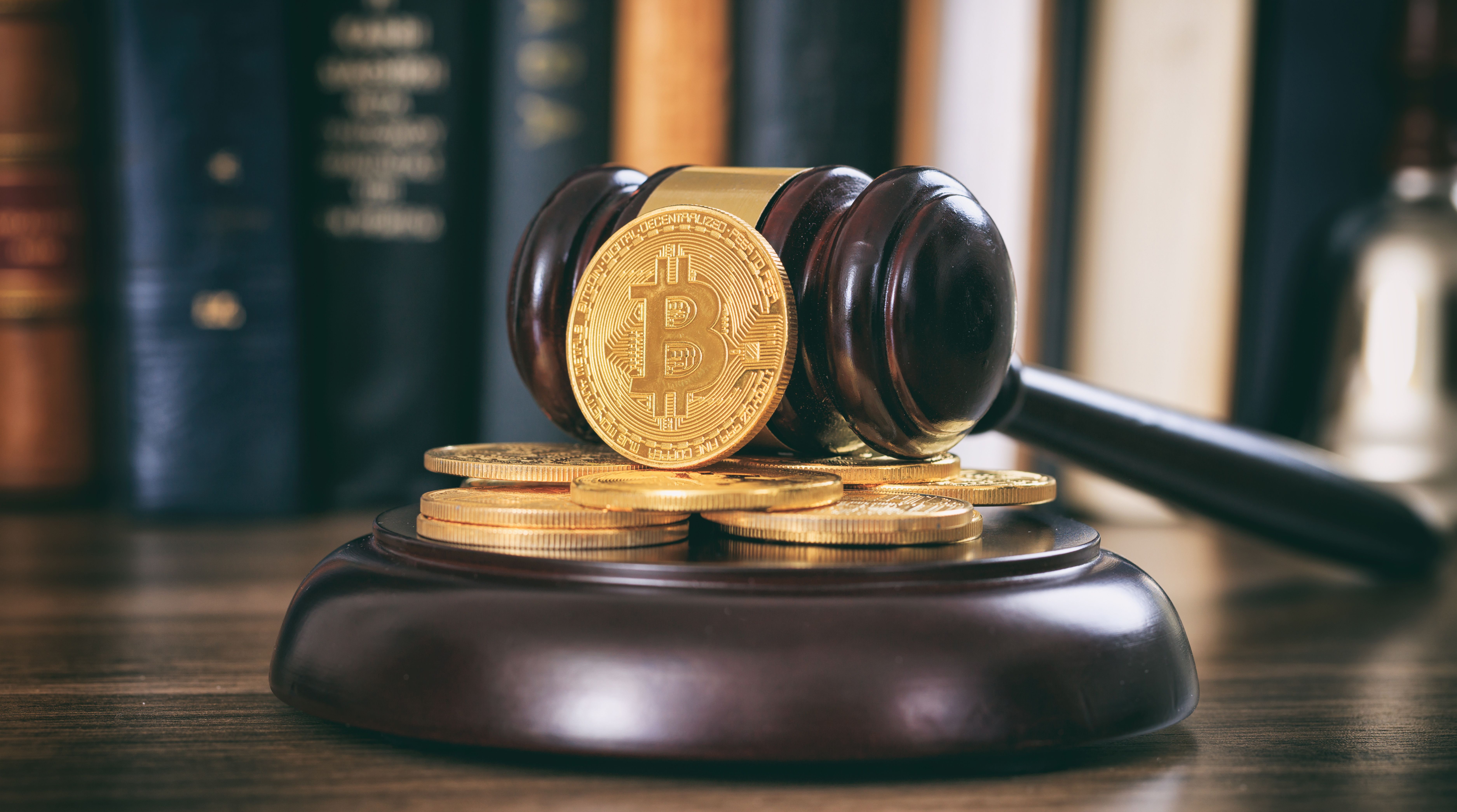 The United States is usually looked upon by the rest of the world when it comes to high profile economic developments like blockchain and cryptocurrency. Unfortunately, the U.S. is where much of the regulatory uncertainty remains. Federal regulators have a hodgepodge of regulations that define or classify cryptocurrency differently in each case, making it difficult for individuals and businesses to confidently conduct their crypto activities.

To start, the Financial Crimes Enforcement Network (FinCEN) has stated that virtual currencies don’t have status as legal tender under their jurisdictions.

The U.S. Securities Exchange Commission (SEC) defines cryptocurrencies as securities and treats them as such for regulatory and enforcement matters. This has driven many cryptocurrency startups to look elsewhere for legal status and raise funds in other countries, excluding U.S. citizens from their Initial Coin Offerings (ICO) to escape from the onerous securities regulations.

The SEC doubled down in March and reiterated that it would apply securities law to the crypto industry, including businesses involved in providing exchanges and wallets. They have also cracked down on the cryptocurrency ICO scene and raised efforts to ensure regulation in the space.

The Commodity Futures Trading Commission (CFTC) treats Bitcoin like a commodity, and have received support from a U.S. district judge. The court ruling in favor of CFTC approves their jurisdiction over fraud that doesn’t stem directly from the sale of future or derivative contracts.

The Internal Revenue Service (IRS) also classifies cryptocurrency a little differently, this time as property, and taxes it as such according to their guidance. The IRS was active this year as tax season rolled around and it was widely known that many people made significant capital gains from trading cryptocurrency the past few years, but never paid any taxes. To step up their enforcement, the IRS had Coinbase send a notice to 13,000 users that made transactions of $20,000 or more of their tax obligations.

Not to be forgotten, the states have started developing their cryptocurrency laws in response to the urgency for proper regulation. Wyoming recently passed a handful of bills related to cryptocurrency that should encourage crypto businesses, miners and individuals to conduct their crypto activities within the state’s jurisdiction. The main notable piece of legislation was the addition of a new asset class called ‘utility tokens’ to describe cryptocurrencies that are not intended to be securities, and are not subjected to securities laws.

There’s an outcry from parts of the crypto community for regulation in the U.S. to provide some guidance and legality around cryptocurrency. There are plenty of large players that are eager to get into the cryptocurrency investing scene when full legality is established, and regulations are certain.

Japan is currently the biggest market for Bitcoin in the world. About half of the daily trade volume for Bitcoin is traded in Japanese Yen (JPY/BTC). Since last April, Japan has considered Bitcoin legal tender.

Crypto exchanges are legal if they have been registered with the Japanese Financial Services Agency. Binance recently got issued a warning from the agency for operating in their jurisdiction without a license. JFSA is holding tight on their regulation of crypto exchanges and were the first country to implement a national regulation for crypto trading.

Devastating experiences with exchanges in the past have led to the strict requirements, to keep incidents like the widely reported Mt.Gox breach from happening again. JFSA also issued business improvement orders to seven exchanges in the country, including Coincheck. This comes after the huge hacking incident that resulted in $530 million being stolen from the Tokyo based exchange.

To develop a trustworthy ecosystem of crypto exchanges in the country, Japan is formalizing its first self-regulatory body for the cryptocurrency exchange sector. The sixteen licensed exchange operators have laid the groundwork to launch the Japanese Cryptocurrency Exchange Association and create industry best practices and compliance standards for all members.

Japan has embraced the cryptocurrency movement and has been ahead of the game about innovating regulation with technology. Japanese regulators are looking to promote an environment where consumers can safely trade and exchange cryptocurrency and integrate it into their daily activities.

South Korea has become known as a hub for crypto trading, where prices for cryptocurrencies often command a premium compared to other markets. However, the regulatory landscape for cryptocurrency in South Korea seems like a constant rollercoaster. National financial authorities have stated that digital currencies like Bitcoin are not legitimate nor considered legal tender.

Exchanges are allowed to operate but must register with the country’s Financial Services Commission. Individuals are not allowed to use anonymous accounts for trading, so requirements are in place for exchanges to collect information about their users.

There was a moment when it seemed like South Korea might ban crypto trading entirely. Back in January, the government was considering a complete shutdown of crypto exchanges, until a petition against a potential ban received 280,000 signatures and convinced the government to take lighter regulatory action.

While they aren’t planning to ban crypto exchanges, ICOs and Bitcoin futures remain under further scrutiny. The South Korean Government hasn’t yet decided on official regulation for ICOs or token generation events.

Interestingly enough, trading Bitcoin or cryptocurrency in China is illegal. In 2017 the Chinese government shut down domestic crypto exchanges and banned citizens from participating in ICOs. Central bankers in China aren’t fans of crypto businesses either, with recommendations to ban all businesses that provide services to the cryptocurrency industry and markets.

Nevertheless, cryptocurrency activity remains strong in China with many people turning to other routes like mining to buy Bitcoin and other cryptos.

The People’s Bank of China has noted cryptocurrency as its main priority and primary focus for 2018. Like many other global regulators, China is trying to provide a regulatory framework centered around consumer protections.

Crypto regulations are the next step as the cryptocurrency markets mature and more capital enters the space. There is a lot of money waiting for more guidance and clarity from critical jurisdictions above. Once we see regulation start to take form, we can expect institutional funds to begin buying up Bitcoin and other cryptos as they gain exposure to virtual currencies.

We’re expecting to see a wave of institutional funds start flowing into cryptocurrencies throughout the latter part of the year as they jump on the digital currency and blockchain bandwagon.

The state of Wyoming has taken huge steps towards new legislation for cryptocurrency by defining ‘utility tokens’ as a new asset class. This comes at a critical time when various U.S. regulators are attempting to enforce regulations on the budding crypto economy.