Social media has become a permanent fixture in the lives of a large percentage of the world’s population. It has provided so many benefits, ensuring interconnectedness with the rest of the world, irrespective of a person’s location. Alliances, friendships, relationships, and even companies have been formed as a result of such platforms. It has also aided the legal system, commerce and almost any sector that comes to mind.

However, as great as its benefits sound, its downsides present a serious problem: social media has also served as a platform for fraud, cyberbullying and other negative activities. The list goes as far as hacking an electoral process as seen in the case of the Fall 2016 Illinois voting hack, perpetrated by Russians through Facebook.

One particular platform that has repeatedly come under fire for such activities is Twitter, headed by its equally controversial, yet highly influential CEO, Jack Dorsey. Apart from the public cases of bullying, Twitter has been facing a huge problem concerning fraudulent spam accounts.

Between May and July 2018, Duo Security, a US-based firm, uncovered up to 15,000 spam accounts in what constituted a giant botnet. Bots are automated software scripts, designed to carry out specific complex tasks including fraud, depending on how they are programmed.

According to the research by Duo, these bot accounts have been impersonating several influential personalities and businesses within the cryptocurrency space. They create fake accounts and cryptocurrency-related content, designed to lure users by advertising fake crypto giveaways and quick money. Once users have been tricked into downloading malware through a phishing link, the bots’ creators have full control over the victim’s device.

Duo, which examined the data from more than 500 million tweets spanning up to 88 million Twitter accounts, concluded that the botnet could pose a huge threat in the near future.

Initially, Twitter was blamed for not making any effort to get rid of these bot accounts. However, the platform recently conducted massive sweeps to crack down on such malicious activity, eliminating millions of Twitter accounts in the process. The public response from Twitter following the most recent sweep showed that about 5% of all accounts are spam-related.

Unfortunately, this is only damage control and does not address the need for preventive measures to ensure that fraudulent spam accounts do not make it to the platform in the first place. To prevent this from happening, Jack Dorsey is looking towards blockchain, a solution that he has been outspoken about in recent years.

Who is Jack Dorsey?

Jack Dorsey is an American businessman and software developer, best known for his role as the founder and CEO of Twitter and Square Inc. Jack Dorsey became interested in computers and communications during his childhood in St. Louis, Missouri.

By the age of 15, he had started programming and used that knowledge to write a dispatch software for taxicab companies. He became fully involved in web development as a college student at the New York University, following a brief period spent at the Missouri University of Science and Technology. Like many other successful tech entrepreneurs including Mark Zuckerberg, Jack Dorsey dropped out of college and moved to Oakland to pursue his dreams.

He later founded Twitter in 2006 when instant messaging was quickly picking up with services like AOL messenger. He wondered if there was a way for people to share what they were doing at any time, with their friends. Dorsey pitched the idea to Odeo, a Silicon Valley company at the time, and later joined Odeo executives, Biz Stone, Noah Glass and Evan Williams to found Obvious, the company which would later be known as Twitter. Dorsey was the CEO, chairman of the board, and executive chairman of Twitter before leaving in 2008 and returning in 2015. He also launched Square, the successful online payment platform in 2010 and took it public in 2015.

Although Twitter had a rough start and has been met with various negative sentiments, the platform continues to grow in size, with an estimated 336 million users in 2018.

In 2015, Dorsey gave away one-third of his Twitter shares to his employees. While several networks praise his leadership, others do not agree and in 2016, Fox Business named him the 4th worst CEO of the year. The following year, 24/7 Wall Street also listed him as one of the worst CEOs in the country.

Despite setbacks, he continues to forge ahead and recently made headlines in the cryptocurrency industry for Square Cash’s acceptance of cryptocurrency payments. Since then, he has looked into the role of blockchain technology in payment systems and now he is doing the same for Twitter. 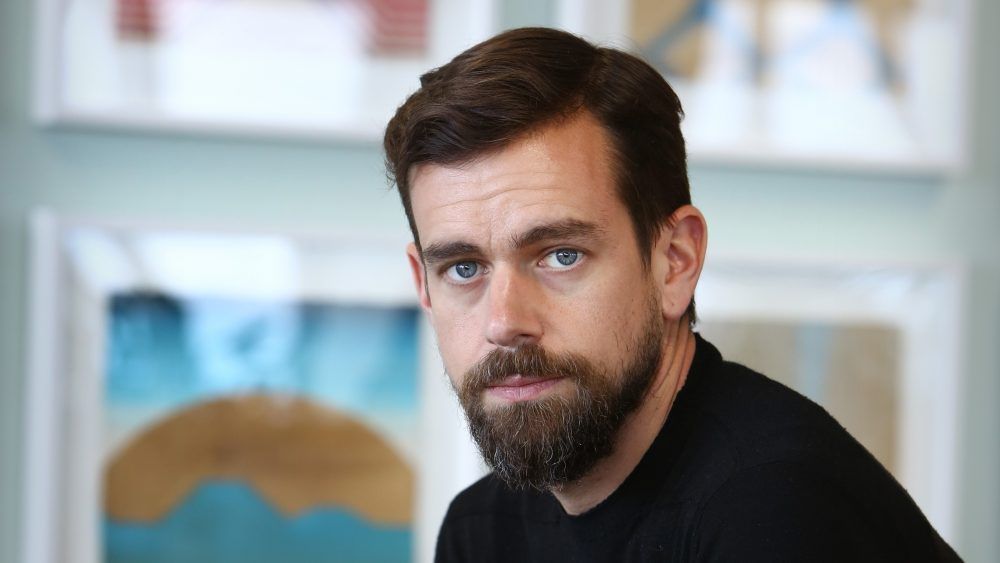 What Future Does He See for Twitter and Blockchain?

Jack Dorsey has always been an open supporter of Bitcoin and blockchain technology. Recently at Consensus, a blockchain and cryptocurrency conference in New York City, he called Bitcoin “the currency of the future”, while stating that the internet needs its own currency. He firmly believes that blockchain can be used to create decentralized trust and enforcement mechanisms that will secure the Twitter network.

The Twitter ecosystem is full of bot-perpetrated fraudulent activity. This has caused inconvenience to many prominent industry figures who have had to update their profile information to show that they are not giving away free cryptocurrency.

These Twitter scam bots have been found to exhibit a three-tiered, hierarchical structure of operation. It consists of the main scam publishing bots, other hub accounts that lend credibility to the scam bots and accounts that artificially amplify their popularity.

At a congressional committee hearing, Jack Dorsey testified that Twitter is currently exploring blockchain solutions to fight these scams. The testimony reads:

"First and foremost we need to start with the problems that we're trying to solve and the problems we're solving for our customers and look at all available technology in order to understand if it could help us accelerate or make those outcomes much better," adding that blockchain has untapped potential, specifically around distributed trust and distributed enforcement potentially."

Blockchain technology, especially blockchain-based identity management could significantly impact the level of safety that users feel. Twitter is looking to increase the level of trust on its platform by using the technology in a way that completely prevents these fraudulent bots from carrying out malicious activity. The company has not concluded any final plans for the implementation of the technology yet. However, they have created a working group of stakeholders with the aim of establishing a consensus-based definition of blockchain, backed by the Department of Commerce.

With up to 336 million active users, Twitter is easily one of the largest social media platforms in the world. As a result, information spreads quickly. Unfortunately, this information can be incorrect or malicious in nature, especially where fraud is concerned. For example, a retweet on Twitter allows a user to share another user’s tweets with their followers. If a fraudulent bot account tweets about a crypto giveaway, that information could hit the timelines of millions of users, just by retweeting it.

If left unchecked, bots could pose a threat to the future of Twitter. Jack Dorsey, though, has shown that he is unwilling to let that happen. Hopefully, by exploring blockchain for a secure solution, Twitter will find a way to make the platform safer for all its users.

In a new industry like cryptocurrency, professionals are needed to guide growth and development, from investment to the creation of innovative solutions. One of those influencers is Tim Draper, the billionaire venture capitalist who has quickly become an influencer within the cryptocurrency space.

EF Hutton has announced that it will offer a cryptocurrency market research service to clients. This research will be aimed at providing users with rates and insights as a way to aid “rapid development.”