While banks and large corporations have generally been skeptical towards blockchain, some of them have shown enthusiasm for a few applications of the emerging technology. One example is banking giant, J.P.Morgan Chase.

In what could be seen as a show of support, the bank has recently recommended three blockchain stocks that investors can add to their portfolios.

J.P.Morgan is the largest of the top four U.S. banks, with an active plan towards blockchain and cryptocurrency adoption. The bank has handled first-class business for more than 200 years and has been focused on taking innovative approaches towards client solutions.

With a growing list of emerging technologies to choose from, the corporation has shifted its focus to accommodate blockchain tech. 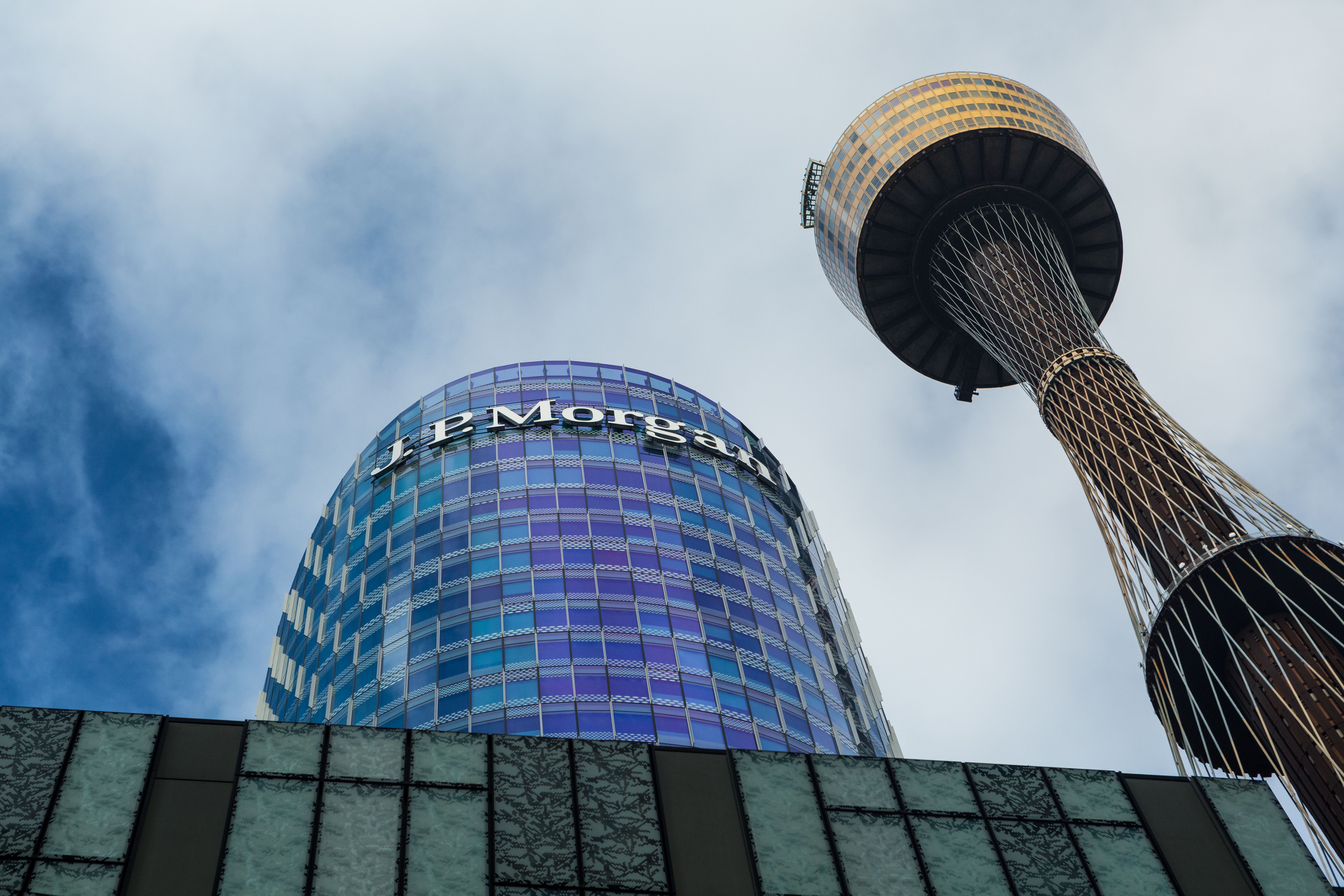 What Does J.P Morgan Really Think About Blockchain?

Earlier in 2018, J.P.Morgan revealed the details of its blockchain patent that described a new system known as the Interbank Information Network. Created as a way to seamlessly facilitate otherwise tedious cross-border payments, the network showed for the first time, just how willing Chase bank was to accept blockchain market.

In the J.P.Morgan way, the bank sought to fix the lapse in communication, a huge problem that has plagued remittance systems for a long time. Today, the process of making cross-border payments is tedious, inconvenient and time-consuming because money sent from one country to another goes through a couple of third-party financial institutions en route to its destination.

This means that for remittance to occur, each point of contact needs to establish quick, secure communication with the next. Currently, the infrastructure that guides this process is inefficient and leads a lot of time wasted. Applications like the one J.P.Morgan is working on will allow users to track all of their payments easily no matter what third-party company it passes through.

On board with the project, the Royal Bank of Canada and Australia and the New Zealand Banking Group are some of the few partners that the bank is working with so far.

In addition to this patent, filed in May 2018, J.P.Morgan has undergone other blockchain-related projects such as Quorum, an open-source enterprise network created in 2015. The project, which was created and operated on the Ethereum network, sought to tackle data privacy head-on.

The bank also announced a partnership with the developers behind Zcash, one of the top 20 digital currencies by market capitalization and a utility cryptocurrency which focuses on privacy.

J.P.Morgan CEO Jamie Dimon has been vocal about his support for blockchain and its potential to solve numerous problems. In addition to all of this, the bank is one of the earliest members of Enterprise Ethereum Alliance (EEA), a community that works towards creating global solutions through the adoption of blockchain technology via the Ethereum Network.

What are the Three Recommended Blockchain Stocks?

With its long fintech repertoire, it is easy to see where J.P. Morgan stands with adoption and investment in distributed ledger technology. Not only is the bank creating its own adoption systems, but it has also encouraged the public to get involved as well, by investing in emerging projects. Three projects, in particular, were recommended: Akamai Technologies Inc, DocuSign, and Ellie Mae.

This is a US-based delivery network and cloud service provider taking advantage of the growing number of blockchain adopters. Through its Edge platform, Akamai Technologies Inc. assists brands all over the world with understanding and customizing cloud-based solutions for their operations. This allows such brands to have a competitive advantage over others within the space, in areas such as speed, efficiency, and security.

According to the company website, “Akamai keeps decisions, apps, and experiences closer to users than anyone — and attacks and threats far away. Akamai’s portfolio of edge security, web, and mobile performance, and OTT solutions are supported by unmatched customer service and 24/7/365 monitoring.

Recommended by J.P.Morgan, this firm specializes in digital transaction management services. Lately, this involves utilizing blockchain technology as a way to digitize the process of signing contracts on the DocuSign platform. Created in 2003, the firm hopes to accelerate business operations since a lot of transactions between various parties in different industries require document signatures.

Unfortunately, most times, the process of the agreement through document signing can be tedious, slow, error-prone, and expensive. DocuSign, which was around long before the emergence of blockchain, played an active role in pioneering e-signature technology.

It uses a broad cloud-based platform to quickly automate document signing, enactment, and management processes, from any location, on almost any device. This saves time and renders the process seamless, fast and less expensive.

According to the DocuSign official website, the platform is configured with over 350 built-in integrations with several popular business apps. The DocuSign API allows more than 400,000 customers (including millions of users) to embed the platform on their websites, apps, and custom workflows.

Another reputable provider of cloud-based solutions, Ellie Mae focuses on solving problems within the mortgage finance industry. Since its creation in 1997, the firm has provided solutions to several real estate problems and handles 35% of all U.S. mortgage applications. Now, more than 20 years later, Ellie Mae is set to prove that blockchain technology can be used to manage the process of mortgages in a way that breeds trust through transparency.

With the use of blockchain, the real estate industry can make several processes such as employment, verification, and inspection easier. According to the Ellie Mae website, “Our mission to automate the mortgage process is the guiding force behind our Encompass mortgage management solution and services, an all-in-one platform that gives lenders the power to cut costs and succeed in this hyper-competitive, zero-tolerance industry.”

Staying true to their mission, Ellie Mae plans to automate mortgages so that lenders can have more high quality and efficient systems to work with. Their latest blockchain application known as Encompass is a record system which secures data and ensures that all relevant documentation is up-to-date.

Within the system, lenders can originate, underwrite, and close loans without using multiple applications. Armed with innovative tools and a customer base spanning various financial institutions including credit unions, banks and mortgage companies, the firm is definitely one to watch.

Like several other large corporations, J.P.Morgan has made moves geared towards blockchain application. However, taking things a step further by recommending companies to investors is a positive push for adoption within the space. Every one of the three companies recommended by J.P.Morgan has one thing in common: they predate blockchain technology.

This shows that the bank is more willing to recommend brands that are firmly rooted in their sectors and have prior experience handling other technologies. It also shows that these companies have a strong customer base and are not merely riding the blockchain hype train. Given the current tensions in the blockchain and cryptocurrency world, companies like this portray an image of credibility which, in turn, re-assures investors.

One of the major ways cryptocurrency holders can earn a profit is through mining. Since a lot of digital currencies are underpinned by blockchain technology, mining is a common process in the industry. However, with Ripple, miners meet a dead-end: the currency is not mineable.

As the world of blockchain continues to undergo rapid development, several companies have come into the limelight. One of such companies is HIVE Blockchain, a mining firm that seeks to bridge the current gap between capital markets and blockchain innovation.