In 2018 so far, Ripple (XRP) has had its ups and downs with a few notable developments, which have ensured its continuous presence in the spotlight. Nevertheless, there is way more to this digital currency platform than meets the eye.

As the latest addition to Coinbase, XRP has seen an influx of investors, leading it to usurp Ethereum as the second-largest cryptocurrency by market capitalization. Another effect of this development is a sudden price surge, which left investors wondering if there were other profitable channels through which Ripple could be capitalized on.

One of the major ways that cryptocurrency holders can earn a profit is through mining, the process of safeguarding a network by confirming transactions in exchange for a payout (block reward). Since a lot of digital currencies are underpinned by blockchain technology, mining is a common process in the industry. However, with Ripple, investors met a dead-end: the currency is unmineable.

Ripple is a decentralized blockchain solution that aims to eradicate major issues associated with cross-border remittance. For a long time, the global settlement has presented a couple of problems including slow transaction speeds and high fees due to the number of third parties involved in the process. XRP provides a platform for users to send money globally similar to other settlement platforms like Moneygram and Western Union.

The Ripple platform is built on a distributed open source protocol that enables support for cryptocurrency, fiat, commodities and several other units of value. Based on a shared public ledger technology, it uses a consensus mechanism that allows users to make distributed exchanges, payments, and remittance. The company has stated its main aim as the enabling of "secure, instantly and nearly free global financial transactions of any size with no chargebacks."

The Ripple platform was originally derived from RipplePay, a platform which aimed to replace banks using digital settlement practices. It was created and run by Ryan Fugger in 2004, about 5 years before the emergence of Bitcoin.

Ripple co-founder Jed McCaleb began creating a new digital currency consensus-based system in 2011. The system would enable all transactions carried out within it to be easily verifiable by anyone on the network while protecting user data. This meant that unlike Bitcoin, Ripple would have no big mining process and would be resistant to most of the costs associated with mining the former currency.

Together, Jed McCaleb and Chris Larsen pitched their idea to Ryan Fugger and soon, Ripplepay was acquired by McCaleb who changed its name to OpenCoin inc. in September 2012. As a payment system, OpenCoin used the Ripple protocol as a way for users to send money quickly to others.

Shortly after, McCaleb left OpenCoin and moved on to create Stellar (XLM) another cross-border payment platform focused on bringing remittance to the unbanked population in developing countries. In 2012, following the split, OpenCoin became Ripple Labs, which in turn was further shortened to Ripple in 2015.

By 2013 Ripple had become more focused on becoming a settlement network catering to banks, rather than a user-focused payment protocol. The firm also added numerous features such as account freezing, to its platform, in a bid to aid compliance.

Performance-wise, the currency has had an eventful year, arguably better than most other digital currencies. A series of Bull runs and one Coinbase listing later and Ripple has made its way into the hearts and pockets of investors.

Why is Ripple is Not Mineable?

Although mining is a big deal in the crypto space, quite a number of digital currencies are not mineable. To the disappointment of investors, Ripple is one of such currencies. There are several reasons for this: 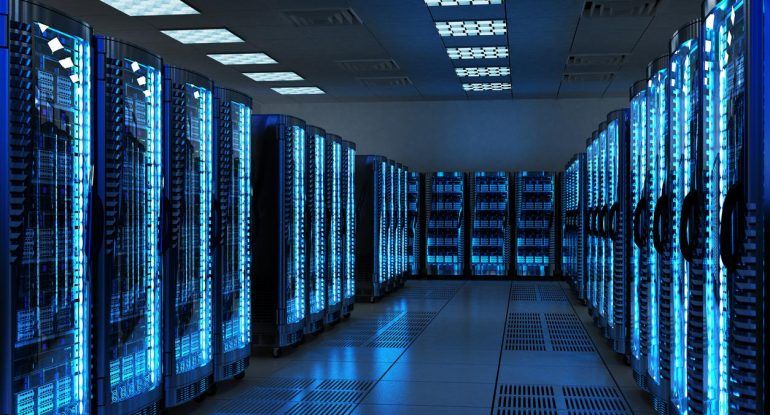 How Can You Acquire XRP?

The only way to truly get XRP tokens is by exchanging them for other cryptocurrencies which can either be bought or mined. To do this, users can purchase BTC on Coinbase using fiat currency. The Bitcoins can be used to establish a trading pair on an exchange like Binance, Bitstamp or Kraken. However, users must be careful as there are many scams involved in buying XRP. Ripple tokens can be stored in several types of wallets, including Toast, an online wallet and a hardware wallet like a Ledger Nano s.

Why is Ripple Known as the Crypto for Banks?

Since cryptocurrencies emerged, financial institutions, especially banks, have been skeptical about dealing with digital currencies. In truth, the hesitance stems from the plethora of exchange hacks that have completely enveloped the industry. Banks have been custodians of money for years and the world of cryptocurrency is insecure, unpredictable and so volatile compared to that of fiat currency.

Since Ripple has positioned itself as a service for banks, they seem to have sided with the platform as their cryptocurrency of choice. It has also created useful products such as xCurrent and xRapid which greatly improve the speed, efficiency, and quality of financial transactions

Traditional banking systems are quickly becoming outdated and way too inefficient for the workload they are required to process. This puts a strain on banks who now feel the need to evolve and currently, Ripple seems like their best bet.

All of those factors combined with the fact that it is more stable than most other cryptocurrencies and is backed by a reputable company have endeared it to these financial institutions. The recent price surges are a consequence of this decision by banks to implement Ripple products in their operations.

This also guarantees that the platform has a definitive use case that will enable its long-term progression. Currently, Ripple connects enterprises, banks, exchanges, and payment platforms via RippleNet, with a portfolio of more than 100 banks, including Bank of America. This is why it is exempt from the hesitation of banks.

With the banks solidly behind it, Ripple continues to expand globally. Between 2017 and 2018, the digital currency recorded a huge 36,000% growth and may grow even further by the end of the year.

Mining is a lucrative way for investors of Bitcoin, Litecoin and other cryptocurrencies to receive tokens, enable circulation and secure the network, ensuring its sustenance. Unfortunately, this does not apply to Ripple, which has become a rising star in the world of cryptocurrency. Despite the lack of mining profits, there are other ways to make money on the platform, including trading and lending services. If it were possible to mine XRP, it would possibly end a battle between those who can afford complex equipment and others who cannot. This is a huge issue on the Bitcoin network that Ripple may never have.

TRON is a digital currency created by controversial figure Justin Sun and aims to expand the area of decentralized applications (DApps) by making the tools for their creation and management more accessible to users.

While banks and large corporations have generally been skeptical towards blockchain, some have shown enthusiasm like banking giant, J.P.Morgan Chase. The bank has recommended three blockchain stocks that investors can add to their portfolios.