These days it is impossible to turn on the TV or go on any internet site without seeing something about the conflict in Ukraine. It is a complicated conflict which isn’t going to be easily solved.

In the meantime, activists and lawmakers have been working hard in Ukraine to help the country rebuild. One of the ways they want to do this is by joining something known as the European Blockchain Partnership.

But is this a good idea? And will it really help Ukraine to recover? Keep reading to find out. 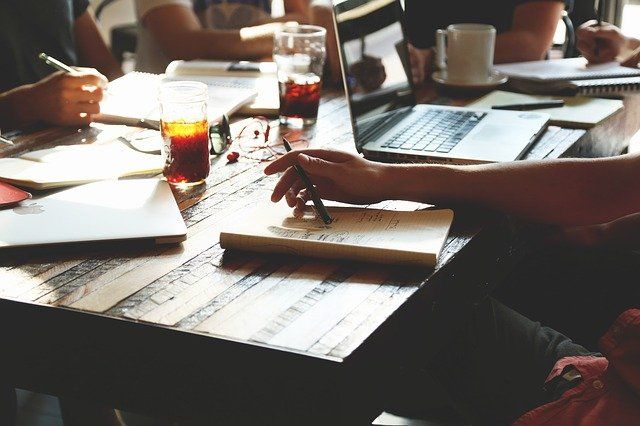 What is the European Blockchain Partnership?

The European regulators have been on board with adding blockchain to government processes since the beginning. They are especially interested in the decentralized IDs which could be implemented with blockchain technology. As it is, many European countries, like the Netherlands, already implement a digital ID which citizens and residents can use to securely access their health data. The only problem is, this digital ID is government run and sponsored, so it lacks the decentralization which would be possible with blockchain technology.

Besides just the digital ID, the European governments would like to make it possible to pay using blockchain technology, as well as establish a system for voting, and obtaining public services. Currently, the partnership has monthly meetings to discuss how they can use blockchain to its full potential while still following the European Data Protection Act. This partnership has been in place since 2018, and all EU member states are a part of it.

How Will the European Blockchain Partnership Help Ukraine?

While in the midst of conflict in Ukraine, many individuals and entities there have found themselves unable to get financial help except through cryptocurrency. This is due to the destruction of property, the loss of electricity in many areas, and the inability of Ukrainians to travel and work as they normally would.

The representatives who are lobbying for Ukraine believe that joining the partnership would help them to facilitate cross border services after the conflict ends. They also believe this will help the Ukraine join the EU. Their main argument is that Ukraine was already on its way to becoming a nation based on blockchain technology when Russia so rudely interfered. 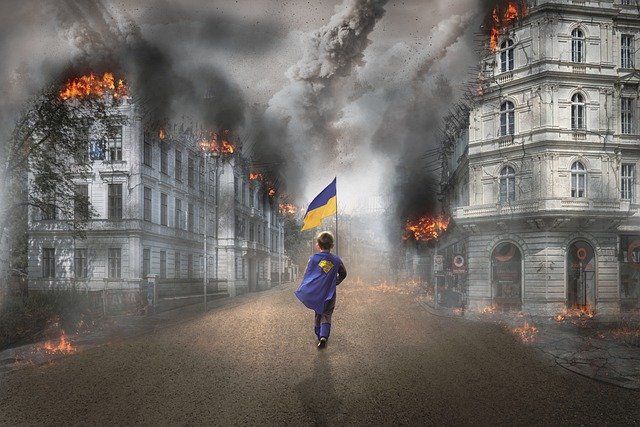 Is Ukraine Joining the Partnership a Good Thing?

It’s no secret, Ukraine submitted to be a part of the European Union in February 2022, but many wonder if Ukraine just did this because of the war they were already facing with Russia, 5 days into the conflict which was destroying their country.

When Ukraine was flourishing, they had the goal of joining the EU in their constitution since 2019, but showed no certain signs of going through the actions to actually do it, making the rulers of the EU skeptical if Ukraine really wants to join, or if it just wants out of its current situation.

Not to mention that the EU isn’t all sunshine and roses. Ever since the COVID19 pandemic, many of the countries in the south of the EU are struggling to survive. And if it weren’t for money given to them from richer countries, like Germany and the Netherlands, many would not have been able to maintain quality of life for their residents.

The reality is, the EU already took a huge hit when it had to fund bailouts for Greece in 2008. And they simply can’t afford to take another war torn country under its wing. Allowing Ukraine into the EU would put financial stress on all countries involved, and it wouldn’t be the magic fix everyone thinks it would be. Plus, allowing Ukraine to join the EU would be like giving the middle finger to Putin, and who knows how he would react.

Europe is very unprepared for war and many countries only maintain a small military. The only hope then would rest on the shoulders of America, who would have the resources Europe so desperately needs, just like in World War II.

So, basically, Ukraine is looking to circumvent joining the EU, and instead focus on joining just the blockchain partnership as a way to facilitate their growth. Perhaps, if they really do bring some proprietary knowledge to the table, the EU Blockchain Partnership will accept them, but at this point it’s look pretty slim.

Should Ukraine Join the EU?

Well, although it has been Ukraine’s goal for a while, there are many problems with Ukraine joining the EU. The first problem is just how big the EU is getting. Many European countries are able to keep their citizens happy because they have a small government they are able to participate in. This was almost ruined with the refugee crisis when many countries were forced to take refugees they didn’t have the space to take in the first place.

Additionally, the EU has already added many former Soviet countries, which has only angered Putin, and adding Ukraine could be the tipping point. Remember, the EU is not prepared for war. Ukraine also has some issues of its own it is still dealing with, such as the territory disputes with Russia. Adding an EU membership to this would not be good for the EU as a whole.

It sounds selfish to say that Ukraine shouldn’t join the EU, but the EU has to draw a line somewhere, otherwise they will be sacrificing the lives of the many to save the few.

Overall, the conflict between Russia, Ukraine, and the rest of the world isn’t easy. Many think Ukraine joining the EU would fix everything, but the reality is, it would only cause more problems. Which is why Ukraine is trying to join the Blockchain Partnership instead, but this is unlikely to happen as well, unless they have some big blockchain innovations to bring to the table.

Ever wonder if there is some secret to winning the game Plinko? Read this article to learn more about the tips and tricks behind the game Plinko, as well as where you can play it.