If you’ve been monitoring Bitcoin over the last few days, you’ve probably noticed it took a dip and then immediately began a steep spike afterwards. Although it’s impossible to directly name the causes and effects of these changes, there are a lot of world events right now which are causing reactions towards the feelings and prices, of cryptocurrency.

On January 14th, Biden proposed a third stimulus coronavirus bill filled with $1.9 trillion dollars of assistance. This plan would include $416 billion to help set up a vaccination program with the goal of vaccinating 50 million Americans and having kids across the nation back in school within 100 days. An unspecified amount of the bill would go towards helping small businesses (but the amount is in the billions). The bill would also extend the nationwide restrictions on evictions and foreclosures as well as the extra $400 people on unemployment are currently earning. Another number of billions would be used to provide Americans with a third stimulus check amounting to $1,400 per person, or less, for those who exceed the income threshold of $75,000. This package also called to make the minimum wage $15 an hour across the board nationwide.

Why This Affects Bitcoin

All this sounds great right? In theory, giving everyone money and keeping businesses afloat is great, however, this is the third large package to come through in the past year, and the US dollar is being devalued at alarming rates. So fast in fact, that economists warn we are in a bubble which will eventually pop, within the next 18 months they estimate. And this process could be sped up if the US dollar is removed from being the currency to which all currencies in the world are pegged to. Especially if the portion about the $15 minimum wage passes. Although Biden has the people’s best interest in mind, this would lead to a lot of companies going bankrupt, firing employees, or replacing them with cheaper automation.

Surprisingly, many people realize this, and because of the fear of massive inflation and uncertain future of the USD, they are starting to put their money into Bitcoin as a hedge against the devaluation of the US dollar. Which explains as to why Bitcoin is still continuing to rise in popularity after the spike it experienced last month. And although there was a dip around the inauguration, the price is now, as of the writing of this article, once again on the rise. 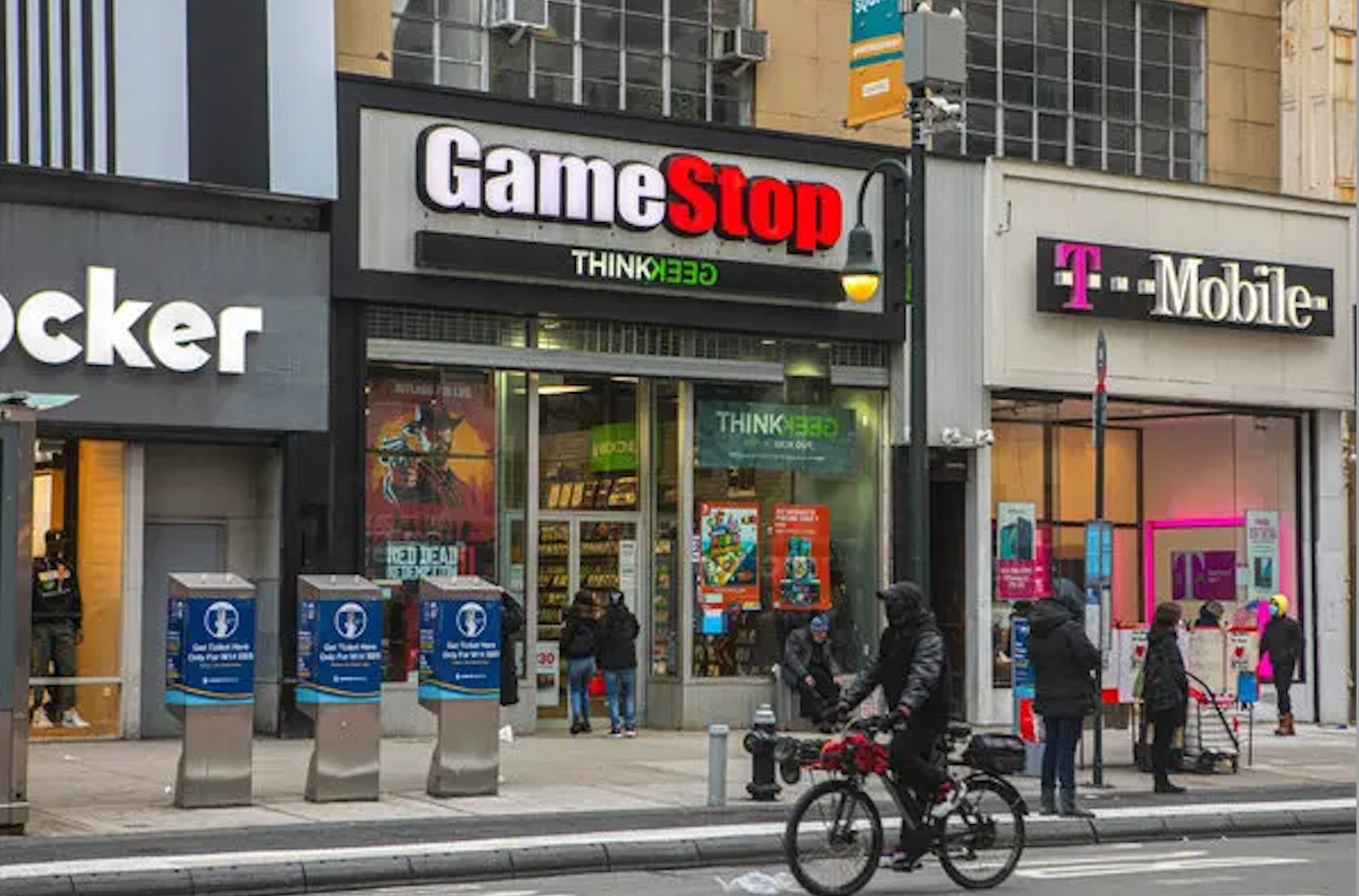 If you haven’t yet heard, on January 26th, the subReddit forum WallStreetBets managed to completely bankrupt a large hedge fund known as Melvin capital. They did this because a group of Reddit users found out weeks prior that Melvin was shorting GameStop stock ($GME) and decided to ruin this by buying large amounts of the stock. A short is a bet that a stock will go down in price over the long term. And GameStop as a company was a good bet as they’ve been on the decline in recent years. However, thanks to Reddit, overnight $GME when from being worth about $4 a share to over $175. And when the markets closed on Wednesday the 27th, the stock was worth over $347 a share. This not only bankrupted Melvin, but it earned a lot of Redditors a lot of money. Many famous people jumped on the bandwagon as well, including Elon Musk, who was part of the reason for the final $200 price spike because of a post on his twitter.

Of course, this made a lot of people on Wall Street very mad. And what do the people on Wall Street have? Massive amounts of government power. By Thursday afternoon, stock trading app, Robinhood, had announced its users would no longer be able to trade $GME stock. This was quite a shock, as by this point, over half its users held the stock in their wallets. Not only is it a shock because of the large user base, but also because it is a clear imposition on the freedom for people to trade on the stock market. And it doesn’t end there, the same men who received a government bailout for gambling with the stock market in 2008, are now attempting to come after the Redditors with a legal suit. The reddit thread which started this trend has now been taken down.

Why This Affected Bitcoin

Although this is really bad for the people involved, it showed a lot of people in our society that the government really is too powerful. Not only that, but that government interests aren’t for the people but rather they are more worried about the rich moguls on wall street who continue to pad their pockets while the average American is buried in debt. For years the message that Bitcoiners have been trying to promote is finally hitting home. When markets closed on January 28th, a number of people had moved their money from $GME to cryptocurrency Dogecoin (DOGE), sky rocketing the price to $0.05 per coin, as of the writing of this article, which is a 1391% increase overnight. Dogecoin is now worth exactly what it was at its peak, and still climbing. And this in turn has also caused a spike in Bitcoin as you often need to use BTC to purchase DOGE. And for those who didn’t have the technology to buy DOGE (because it is only available on certain marketplaces) they decided to put their money in BTC instead, causing a rapid 20% hike in the price per coin. 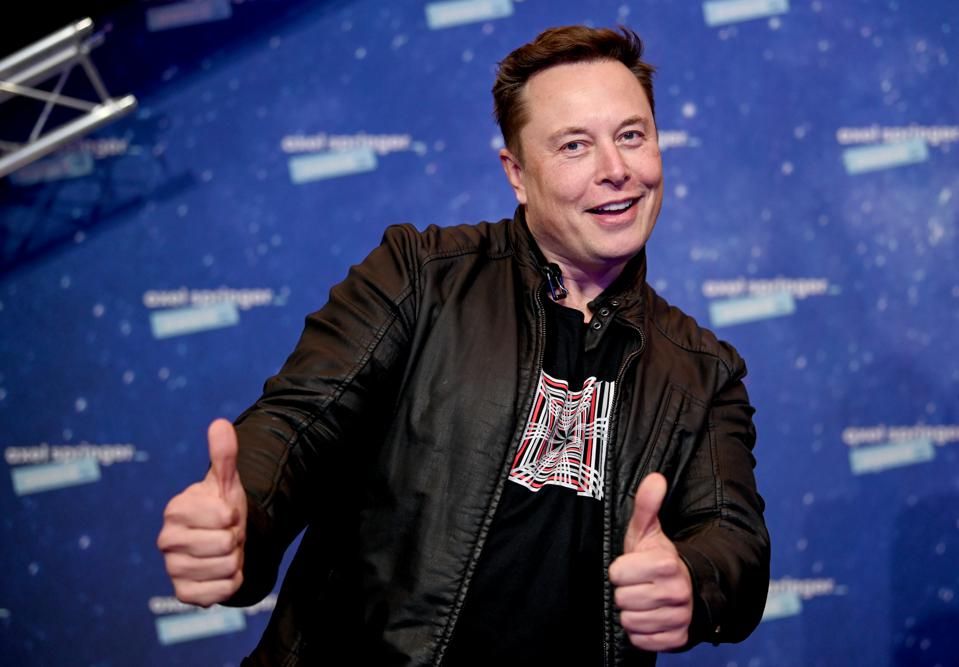 This event only goes to show not only the power of the people when they work together, but also the power of social media. One thing which wasn’t mentioned above is that after the $GME stock buying was stopped by the government/various apps, Elon Musk changed his profile to promoting Bitcoin. Although this can’t be for sure tied to the price spike, just like everything above, it is likely a part of it. Hopefully social media continues to work in Bitcoin’s favor and further spreads all the positive uses of the coin.

Well first of all, if you owned $GME, that game is probably done and its probably time to consider moving your money elsewhere. But also, all of these events have just gone to show that the world is changing, and although there are many Bitcoin skeptics out there, they are quickly being outnumbered. This also shows that there is never a bad time to buy Bitcoin, especially for those who are looking to hold it for the long term.

However, continue to exercise caution as Bitcoin as a cryptocurrency is still quite volatile. Remember to always research and discuss any large financial decisions with someone you trust before moving any of your money. For more information about cryptocurrencies and trading, check out the free guides at MintDice.com.

In 2020, the United States had finally begun to venture on a path to accepting, and actually attempting to grow, cryptocurrency and blockchain technology. But what about Biden's new order? Find out what it means for cryptocurrency in this article.

There is a common misconception out there that Bitcoin isn’t viable as a currency because it hasn’t been updated since 2009. This could not be further from the truth. Read all about the latest update to Bitcoin, The Schnorr/Taproot Update, in this article.