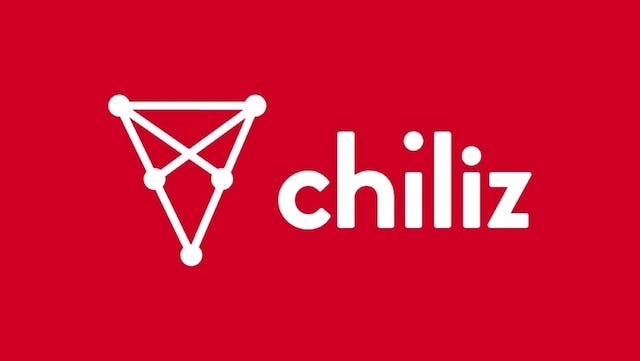 If you spend a lot of time on social media platforms like Telegram, Discord, or Twitter, chances are you’ve come across chatter about a cryptocurrency called Chiliz. So just what is it? And should you buy it?

Chiliz is a fin-tech company and blockchain which was created to specifically cater to the sports world. Through the Chiliz platform, fans can engage with their favorite teams through voting, as well as purchase gear. 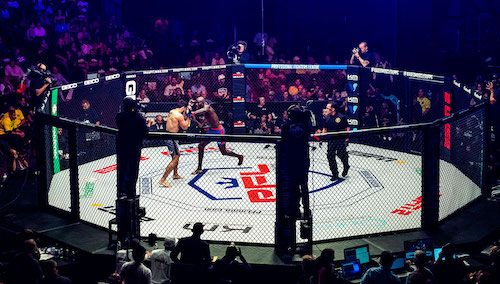 Chiliz is a fin-tech company which has created a revolutionary blockchain that combines the world of cryptocurrency with the world of sports. It is made up of two parts.

The second part is the Socios platform, and this is where the real fun comes into play. On Socios, people who have purchased CHZ can not only place bets on who they want to win a certain match, they can also bid so that certain matches will take place.

This happened in April 2021, when a fight in the PFL (Professional Fighter’s League) went up for bid. Users were allowed to vote on who they wanted to see in the fight with the purchase of a specific token on the platform. These tokens sold out within 10 minutes after going live for a total of $500,000 in sales. And the fans chose to see British fighter Brendan Loughnane in the ring against Brazil’s Sheymon Mores.

This was a prime example of the purpose cryptocurrency could serve in the sports world, as suddenly fans will be able to make what they want happen in the industry, all thanks to blockchain technology. Currently, any team using the blockchain, is issued a supply of FTO or Fan Token Offering coins, which they can sell to raise money for the team. Those who buy these FTO’s are granted certain rights when it comes to the team, whether that is voting on the actions of the team or earning free gear. This can help streamline the decision making process for club based sports.

The Chiliz blockchain is run on a proof of authority consensus method, which means the company behind Chilis processes and approves all transactions. This method is not decentralized, as the company makes all the decisions for the blockchain and it’s future. Chiliz is what is known as a private blockchain.

Chiliz was founded in 2017 by Alexandre Dreyfus in Malta, although the company now has offices all over the world. Dreyfus is the current CEO, and rightfully so, as he has over 20 years expanding web-based companies as well as working on online gaming sites like Chilipoker.

Chiliz was launched in October 2018, without an ICO, as the project received enough private funding ($65 million) to forgo the ICO. There were initially 8.8 billion CHZ tokens issued, although some have since been burned.

Chiliz was initially invented to be a blockchain that can use by those who aren’t yet blockchain savvy. While it hasn’t really shown whether or not this is true just yet, it is a noble goal, as many individuals passionate about club sports are not the technical type who understand the deeper workings of blockchain technology.

Should You Invest in Chiliz?

Chiliz is a unique cryptocurrency project, as it is one of the first of its kind. It isn’t without competition however, as two teams in Europe have already created their own blockchain based fan tokens for their teams. This doesn’t detract from the usability of Chiliz, because there are numerous club teams around the world that don’t have time to create their own blockchain platform that could benefit from Chiliz.

That being said, the price of CHZ has been very volatile, likely due to the fact that sports only play in seasons. Whether this coin will eventually be less volatile, or end up being profitable for you, is impossible to predict. This means that if you like the Chiliz project, and believe it has a future, you should invest at your own risk. But it does appear to be on the up and up, which isn’t something that can be said about all altcoin projects on the market.

Where Can You Buy Chiliz?

Chiliz is a popular token, and can be purchased on many exchanges. Before you start buying, be sure you have a wallet that can hold ERC-20, BEP-2, or TRC-20 tokens.

Currently, you can buy Chiliz on Binance DEX, KuCoin, Huobi, Coinbase, FTX, and Bitmax. You should be prepared to purchase your CHZ tokens with another cryptocurrency like ETH, but some platforms, like Coinbase, do allow you to purchase the token using USD from your bank account or a debit or credit card.

How Can You Buy Fan Tokens?

Ready to start getting involved with your favorite teams using the Chiliz blockchain? Start first by downloading the Socios App. Then you will need to acquire some CHZ using one of the exchanges listed above.

Once you have your CHZ tokens, you can head back to the app, and transfer them there. Now you will be able to browse the app and the current fan token offerings. If you don’t see your current favorite team on the app, just be patient, as new teams are being added all the time.

Overall, Chiliz is a unique blockchain project which could take the sporting world by storm. It is poised to revolutionize the way club sports raise money and make decisions, but only if enough fans can get on board. So if you have a club sports team that you enjoy watching, consider asking them to integrate to the blockchain world so you can have fun helping them make decisions on Chiliz!

Want to get in on the NFT action but not sure where to start? Read this article to find out more about the best places online to buy your NFTs.

You've heard that Bitcoin is bad for the environment. But how can something digital be leaving an energy footprint? Read this article to find out how Bitcoin effects the environment and what it means for the future of the cryptocurrency.