Anime is a form of video entertainment that comes from Japanese roots. It involves somewhat lifelike cartoons with large eyes and curvy body types. But did you know there are many anime that are about gambling?

Gambling is a huge feature of many Asian countries which is why you really shouldn’t be surprised that gambling anime exist. If you’ve never watched gambling anime before, it’s definitely something you should check out if you enjoy a little gambling action from time to time.

Below is a list of all the top gambling anime to watch in 2022. They are in no particular order, so don’t be afraid to start anywhere on the list. 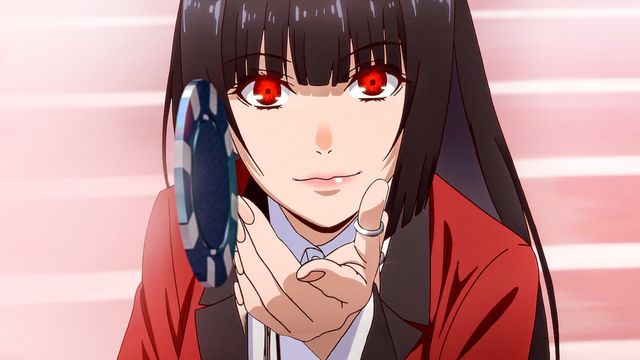 Kakegurui is a fan favorite, and it has been for years. The show, to date, has only run for 12 episodes in 2017 and 2019, but not to worry as all of the episodes are available for viewing on Netflix.

The series is based on a gambling manga series by Homura Kawamoto and is centered around high school students who attend a private school known as Hyakkaou Private Academy. You’ll have to suspend disbelief to watch this gambling anime however, as the whole point of the series is the school trains the students to be professional gamblers. The students must bring their own money to school to gamble with, and when they lose it all, they fail.

The main character is Yumeko Jabami is a compulsive gambler, and this gives her a leg up over the other students, as she isn’t just in school to learn how to gamble, she is there because she can’t stop playing. This upsets the other students, who try to get Yumeko to leave their school, but little do they know she knows a few tricks of her own.

Legendary Gambler Tetsuya is sometimes also referred to by the name The Legends of Gambler: Tetsuya, depending on where you watch it. This is an older gambling anime which aired in the year 2000 and ran through 2001. Currently, there isn’t anywhere official you can watch it, but it is likely you can find episodes on YouTube or Odysee.

This is another anime series which is based on gambling manga. It is about a man named Tetsuya who is a talented gambler living in Japan after the end of WWII. He mostly plays mahjong, but unlike most gambling anime’s, Tetsuya is willing to cheat in order to win his game.

The unique thing about this anime is that it is based on a real life man by the name of Takehiro Irokawa, and the depiction of Japan in this anime is very accurate to what life was like in the country after the war. Don’t get too caught up in the storyline however, as this was mostly romanticized to entice viewers.

Saki is a popular gambling anime which aired from April 2009 to September 2009 with a total of 25 episodes. The precursor to Kakeguri, this anime isn’t available on any traditional streaming services but can be found on the alternative service CrunchyRoll.

Saki is also about school girls and the game mahjong, but unlike the previous two gambling anime, the main character in Saki, Saki Miyanaga, hates to gamble. It is only after she joins the schools Mahjong club that she discovers she has a crazy talent at the game. This leads her to quickly practice to compete in national championships where she wins money.

Although this series isn’t blatantly about gambling like the others, it is still about seeing patterns and is written in a similar style to the Queens Gambit, but without the self-assured main character. 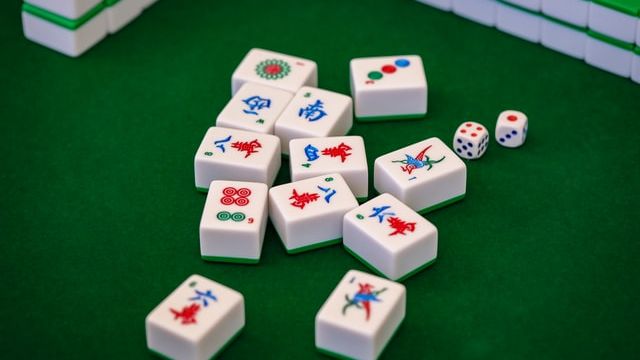 Are These the Only Gambling Anime?

The world of gambling anime is vast, and there are plenty more shows out there that feature it as a storyline. Some anime’s, like Naruto, don’t have it as a main storyline but it does appear in many of the episodes, as one of the faces of the main character is a compulsive gambler. Additionally, the show Death Note is an anime all about the biggest gamble of all time, life.

One Outs is another anime which mentions gambling, namely in the form of sports betting. The main character in this anime, Toua Tokuchi, is asked to pitch balls that end in the batter being out as much as possible and is given money from the team owner when he does. This is presumably because the owner of the team is betting on his team to win, even though this is illegal.

Because gambling is such a big part of Asian culture, you can find the pastime or storyline of gambling in almost any anime show for at least one episode. So next time your favorite anime is on, take a closer look and see if you can catch your favorite character enjoying a game of Mahjong or gambling with dice.

Are There Gambling Anime Games?

But this doesn’t mean you can’t gamble just like the main characters in many of the gambling anime games. MintDice, an online Bitcoin casino, offers many fun skill games that can make you feel as if you are part of your favorite gambling anime even if they don’t offer Mahjong.

Currently, MintDice offers a fun betting game where you can bet on where a rocket will explode, called Bit.Rocket, which is somewhat similar to the life or death bet in the anime Death Note. They also offer plinko, dice, and a variety of slot machines.

In the future, MintDice will offer more skill games, such as one where you can collectively build a pyramid with other players, and one called Casino Royal where you will have to arrange soldiers in castles. And who knows, maybe after they have added all of those games, they’ll add one like mahjong too. Then you can really feel like you are the main character in a gambling anime.

Ethereum is expensive, but the good news is, there are ways for you to earn it, just by doing things you normally do on the internet anyway! Find out more in this article.

So you've bought Bitcoin, now what? Do you just sit there and get rich or what? Read this article to learn about how you can make your Bitcoin work for you so you can earn more money.