Turkey recently established its first university-level blockchain center with the aim of bridging the expertise gap in the industry. It will also ensure widespread national deployment and development of the technology. Universities around the world have been offering blockchain-related programs as a way to embrace the benefits of the distributed ledger technology (DLT). Stanford University, Duke University, and Johns Hopkins amongst others have joined the trend.

However, this trend stems from a genuine need to solve a growing issue in the industry: a lack of talented participants. The number of people who currently partake in cryptocurrency investment and other related activities increases every day. It has been reported that digital currency platforms like Bitcoin and Ethereum see activity from more than 100,000 users each day. Global funding of blockchain-based startups has also increased from $550 million in 2016 to over $1 billion in 2017.

As blockchain becomes increasingly popular around the world, significant applications of the technology in several industries including finance, agriculture, and even education are emerging. The emergence of these blockchain applications and the speed at which they are developing has created an employment gap that needs to be filled.

According to a report by Indeed.com, the number of blockchain business job postings on the site increased by 631% in 2016 alone. Large tech corporations like IBM, Intel, and Visa, as well as smaller startups, are in need of blockchain professionals to drive the rapidly accumulating partnerships within the space.

Unfortunately, although there are many people in need of jobs, there aren’t enough people with specific knowledge of the cryptocurrency and blockchain technology. While there are many competent tech professionals, only a small number of them have the blockchain expertise that is necessary to ensure the survival of the industry.

To keep up with the developing field and its ever-growing job market, people are continuously seeking ways to expand their scope of knowledge. The Turkish blockchain community is no different in this aspect. They have realized this problem area and created their own solution to it. In response to the scarcity of industry professionals with blockchain expertise, the country hopes to give its residents the opportunity to gain blockchain training.

Many universities around the world have also developed research centers and specific programs targeting smart contract creation, blockchain analysis, and programming. One example is Duke University which recently created research labs for the development of new blockchain-related technology. Massachusetts Institute of Technology also launched the Digital Currency Initiative, as a way to drive blockchain development and support members of the community towards achieving their goals. Turkey is following closely in their footsteps by investing in blockchain research and development.

What is the Istanbul Blockchain and Innovation Center?

The Istanbul Blockchain and Innovation Center (BlockchainIST Center) was created with the aim of propelling Turkey towards a technologically advanced future. It was inaugurated at Bahçesehir University (BAU) on the 31st of August, 2018 and will serve as the country’s most significant center for technological innovation, research, and development.

According to Center Director, Bora Erdamar, it will welcome students and entrepreneurs who are interested in conducting academic studies and worldwide projects concerning blockchain technology. Erdamar also stated the importance of cooperation with other educational institutions, businesses and government organizations to carry out proper blockchain research.

The statement reads: "The purpose of the BlockchainIST project is to be the most important center of research and development and innovation in Turkey in which scientific studies and publications are made in blockchain technologies. To this end, it is crucial to cooperate with other universities, the business world, and government institutions."

The center aims to boost Turkey’s growing blockchain community by using the same technologies that the rest of the world is using. According to its director, the Istanbul Blockchain and Innovation Center will be led by a competent team of Turkish and foreign field experts. This team will foresee the continuous development of the worldwide technology projects by its students.

Turkey is becoming more digitized every day and continues to strive to be on par with the rest of the developed world, technologically. It is no news that most countries are implementing blockchain in the core of their economies and even government organizations. Countries like Venezuela have developed national cryptocurrencies using this technology.

Other countries like China are partnering with blockchain-related startups to solve problems associated with health care and other sectors. These countries have a headstart in the industry and the only way to catch up is by focusing on the development of talent and human resources. This is why Turkey is focused on finding ways to train its interested residents. 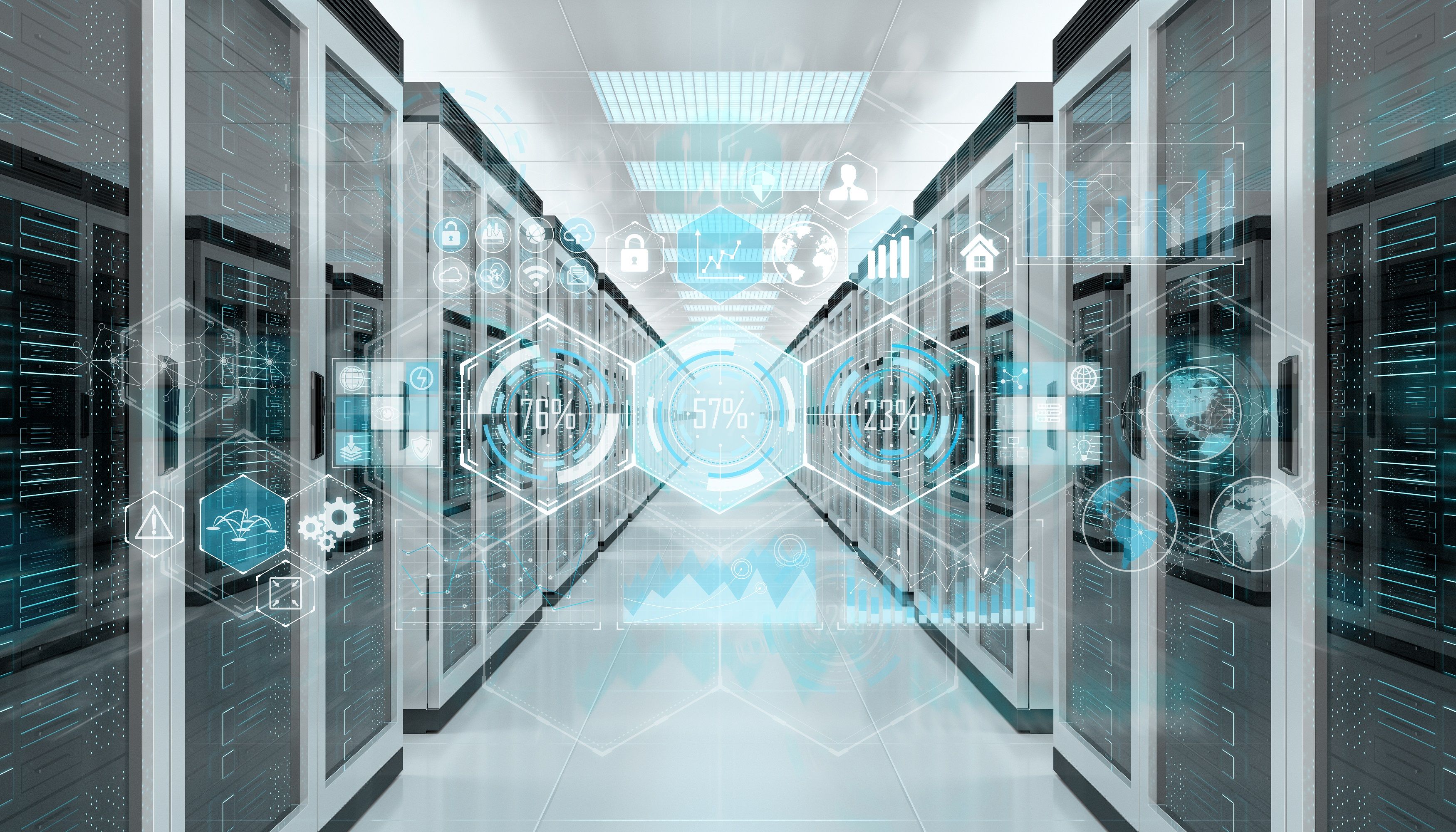 Turkey has come a long way since the 2017 rejection of the technology by lawmakers of the State Directorate of Religious Affairs. According to the lawmakers, cryptocurrencies like Bitcoin, Ethereum and Ripple are used for illegal activities. They stated that this is incompatible with the Islamic religion which is prevalent in the country. Despite this harsh stance, development of the technology has managed to move forward.

In February 2018, Deputy Chairman of Turkey’s Nationalist Movement Party, Mustafa Kalayci, proposed cryptocurrency regulations for the market participants. He also hinted at the possibility of developing a national digital currency that will be known as TurkCoin. Apart from this development, the adoption of digital currencies is rising in the country. This is mostly evident in the increasing number of vendors who accept payments in these currencies. The rise in the price of Bitcoin serves as encouragement for most of these vendors, who have agreed to accept payments for anything from art to real estate.

According to a report by Milliyet, a Turkish newspaper, there are currently up to 50 companies that accept payment in Bitcoins and other cryptocurrencies. Some examples of these companies are Miavita and Binbircesit. Miavita is the first Turkish real estate company to accept bitcoin as a means of payment and already has several customers willing to pay in the currency.

However, most sites that accept bitcoin in the country are not very popular so real adoption may take a while.

Turkey has also made big moves relating to stock exchange blockchain advancement. Borsa Istanbul, a state-backed stock exchange recently announced that it has developed a blockchain platform for the storage of customer data. The platform will allow new customers to upload KYC documents in a secure, transparent and easy way.

Using this platform, notable organizations like the national depository and Borsa Istanbul have been able to share and sync their data. This has led to more efficient clearing and settling operations within the exchange. The network will also facilitate the management and editing of customer information so that possible mistakes in the data entry process will be avoided.

The global trend of developing blockchain-related university programs is immensely beneficial to the industry. Even with the presence of great ideas, the lack of people to see them through is a huge problem. Various niche fields within the industry have emerged along with new projects and the job market is seeing significant growth. This is why the blockchain development of the Istanbul and Innovation center should be encouraged.

Turkey’s pursuit of digitization is evident in its willingness to develop its blockchain community despite religious sentiments. The country’s acknowledgment of the positive potential of the technology to change the world is a solid foundation for further development. Like the Istanbul blockchain and Innovation center director stated, a research center like this may truly give Turkey the opportunity to take the lead in blockchain technology on a global front.

Economic collapse on any scale usually happens as a result of disparities in the system that can easily be overlooked in the absence of clarity. However, blockchain technology could help avoid a financial crisis due to its transparency, security and decentralized mechanism.

The Bakkt ecosystem is expected to incorporate federally regulated markets and warehousing along with consumer and merchant applications. The Intercontinental Exchange has joined hands with companies like Microsoft, Starbucks, and BCG to provision various services required for the success of this project.