In recent weeks many US citizens have received monetary assistance from the government, either in the form of unemployment, or a stimulus check. While this may seem like a good thing, as people use this money to both pay their bills and purchase goods and services, many financial analysts are leery. Whenever the government puts money into the economy such as in the passing of the CARES Act, this basically means the government is printing money in order to do so, and whenever a government prints money, this can cause a massive economic problem known as inflation.

For those who are newer to the financial world, inflation is the extent to which the price of goods and services are changing with respect to a country’s specified currency. One of the prime examples of this is the rising cost of milk. In the 1970’s half a gallon of whole milk would cost you $0.59. Today, that same half gallon will cost you roughly $1.79 (depending on your state and proximity to dairy farms) which is over a 2x price increase for a product type and quantity that has not changed. This price increase, and devaluation of currency, is what is known as inflation. Inflation can happen for a number of reasons, most of which are related to the laws of supply and demand. As the supply of something decreases, the price will increase. Controversially, if the supply of something increases, the price will decrease.

Inflation is classified as a “normal” occurrence across most developed societies, but this doesn’t mean it should be written off. Just look at Venezuela, they actually crashed their economy by printing too much money and causing a massive state of hyperinflation. They then tried to fix their mistake by creating a cryptocurrency, but when a company which has poor enough economic management in the first place—you can imagine their handling of an electronic currency did not go much better.

As the US finishes its six weeks of almost total lockdown, many people are facing grim prospects, from furloughs that won’t end to jobs that never re-materialized. The CARES Act passed to help these people is enormous—its 2.2 trillion dollars in relief funds actually being just about half of what the united states spent last year as a whole—half of the entire country’s yearly budget spent on one round of relief. While printing money to help these people may seem like a good idea, it has financial analysts quaking in their boots at the thought of the long-term effects on the economy. When a government like the United States prints money, it’s in an effort to both keep its citizens happy and from rioting or looting. But in the process, it devalues the currency currently out in the market. People who had savings or investments for retirement will suddenly realize the money they worked hard to save can’t buy what they assumed it one day would. 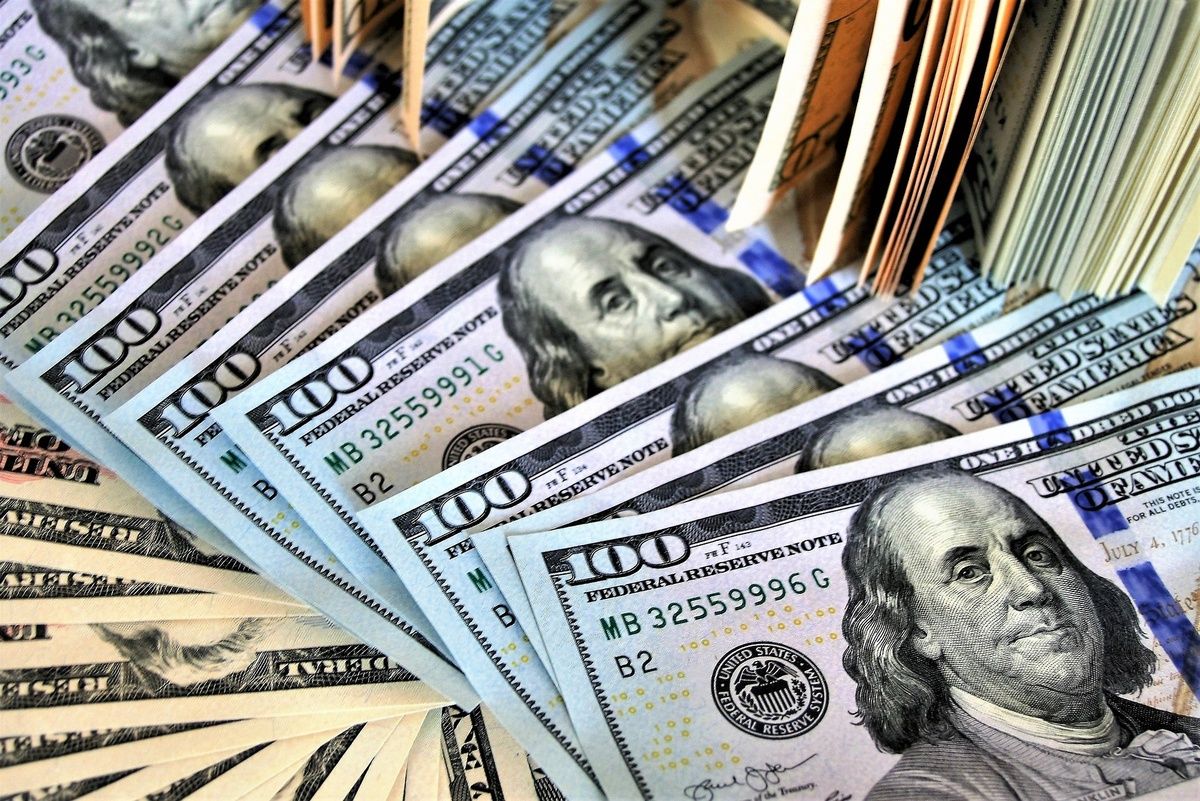 Another problem with the stimulus check, is it was sent to a demographic of people who in general didn’t have savings or money put away to get by. Many people who were used to living paycheck to paycheck received a sudden influx of cash. And while it may seem easy to say “well, they will use it for bills” or “they will save some” or “they will invest it back in the market” the reality is, a large sum of Americans received a check bigger than their average paycheck, and because many apartment complexes and mortgage companies are waiving rent for the month of April, these people saw this money as extra money and have already spent it on flat screen TV’s, Nintendo switches, and other electronics. This has driven up the demand for these products, and thus the price will begin to increase. And it’s not just electronics that have risen in demand. For the past six weeks, almost everyone has been forced to shop at grocery stores and eat at home, even if they previously never, or rarely did so. This has caused various shortages on numerous different grocery products as the market has had to change to accommodate the demand. Although we probably haven’t seen too many price increases yet, I’m sure we are bound to see some soon as products face supply shortages due to the increase in demand. We are about to see a market with too much money and not enough goods to buy with said money. Although some people may think we won’t have long term consequences for this “saving” government act, experts all agree, we will see inflation, it’s only a matter of time. The current estimates are high, thinking we may see an inflation number of double digits within the next 18-24 months, but experts can’t nail down exactly how much, nor how long this state of inflation will last.

What Can I Do?

The problem with inflation, is there really isn’t anything the average citizen can do, it’s more of a federal government issue as it is what controls the countries money supply. But this is one of the main reason’s cryptocurrencies were invented, as they are built to be resilient to governmental problems such as inflation. Unlike cash money, which can be printed on a government whim, Bitcoin and other cryptocurrencies have a finite amount available. And when that amount is reached, no more Bitcoin can ever be mined, which in theory, will help it hold its value. Not only that, but Bitcoin can’t be adjusted, or controlled by the government, so while it may experience price fluctuations frequently, these are solely due to change in demand of the coin, not government interference. 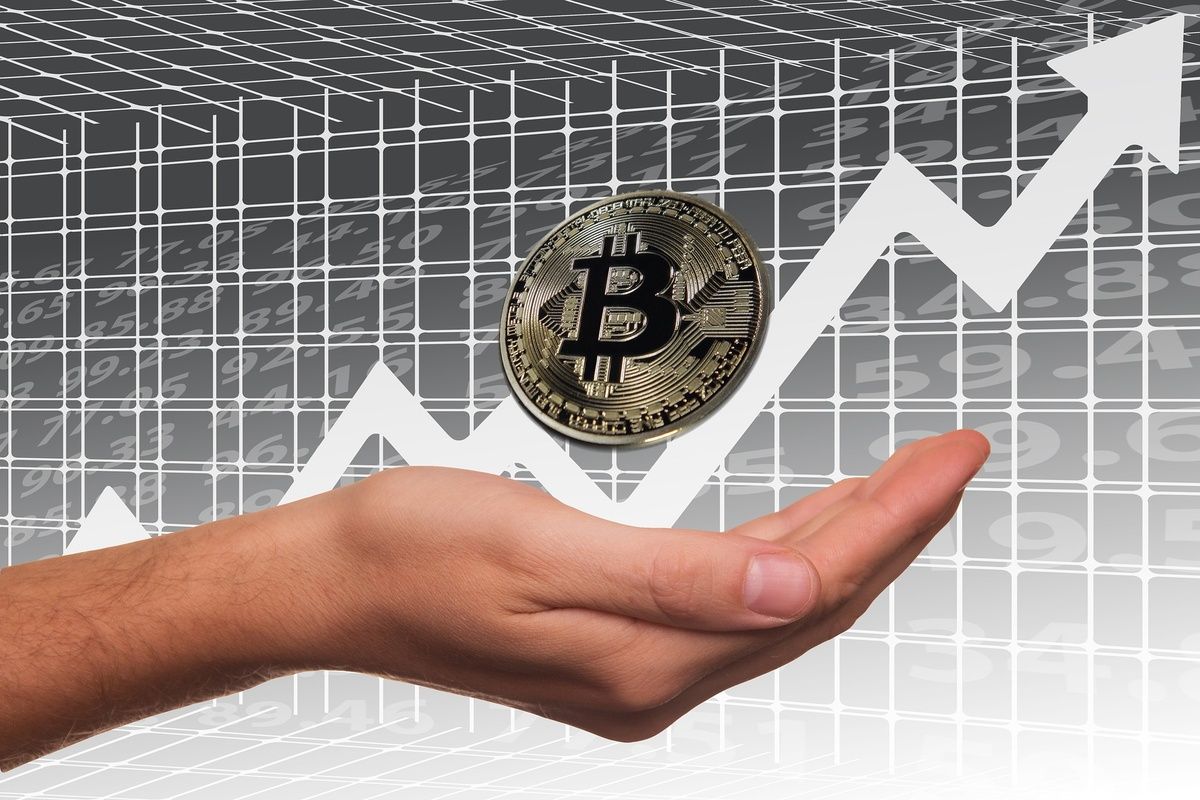 This means that one of the things you can do, in theory, to avoid inflation, is to invest in a cryptocurrency like Bitcoin or Ethereum. A word of caution, cryptocurrencies can be fickle and subject to massive valuations swings in a single day. Before you invest in cryptocurrencies, make sure your thoroughly research the coin you wish to invest in as well as consider speaking to a financial advisor about your decision. There are numerous free guides on the internet that can help you make an informed and wise decision when it comes to your money.

Overall, the future is uncertain, and no one, not even the experts, can predict what will happen next, as an event to this scale has never happened before. But what you can do, is try to avoid inflation as best you can by investing in alternative currencies which are more resilient to currency devaluations. And one of these alternative currencies may very well be cryptocurrencies.

As the coronavirus began to spread in the late winter/early spring of 2020, sports betters were in shock as they suddenly watched all their favorite games be cancelled. This doesn't mean you can't still bet on sports, as Esports are still being played. Find out how to do so in this article.

Ever wish there was an overly simple way to win cryptocurrency on the internet? Well your wish is now a reality thanks to MintRain, an awesome feature found on a cryptocurrency casino website known as MintDice. Read this article to find out more about MintRain.