“Georges down.” It was video arcade slang in the early 1980s, the era of standup-cabinet games. If someone was playing the only Pac-Man machine in the room, you could reach past him as he worked the controls and set your quarter in a lower corner of the screen. Then everyone knew you had claimed the next game—you had Georges down.  Or if a player planned to roll on Space Invaders for the next hour, they could line up their quarters all across the bottom of the screen. Spectators would see that row of Georges down and know they were serious; that machine was going to stay tied up for a while.

In this century, you don’t drop a quarter in a slot to get three lives, and that slang is long forgotten. Now, you can join entire virtual worlds from the comfort of your own home—which would have sounded like science fiction in the ’80s. So how different will the gaming world be tomorrow? We can already see the answer taking shape. Driven by the engine of blockchain technology, video games are starting to make a quantum leap forward.

What is blockchain to begin with? 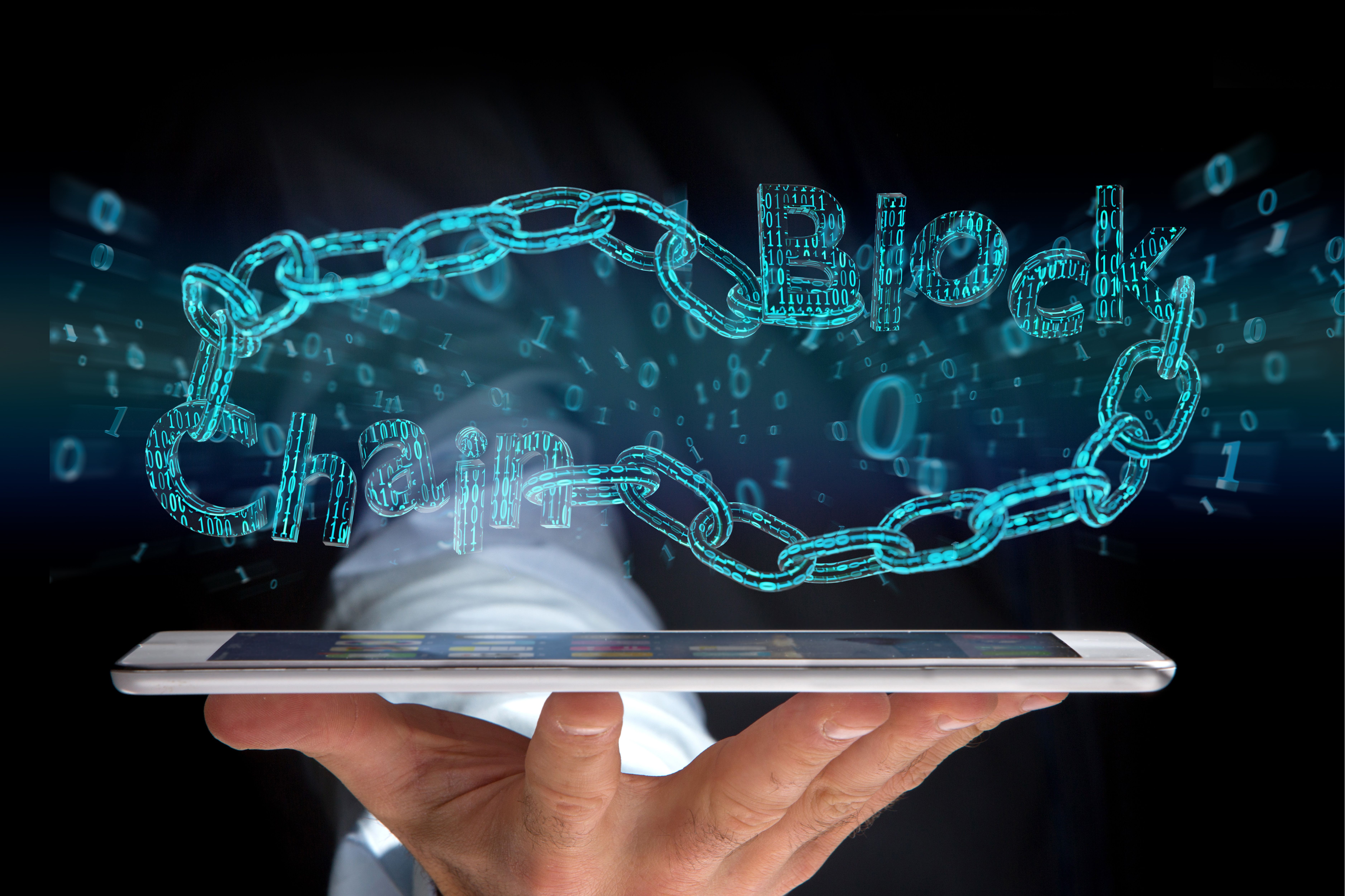 Put simply, blockchain technology uses a decentralized, peer-to-peer network to create, verify, and record encrypted digital transactions. It doesn’t depend on a central authority, which means it doesn’t depend on trusting an authority (such as, for example, a bank). This benefits the user with faster, lower-cost access because there is no need for a middleman to verify the user’s identity and the authority’s. Instead, the peer-to-peer network achieves verification and adds the transaction to an existing, permanent, open-source blockchain—adding a further benefit of security. Users remain anonymous and can feel comfortable knowing none of their virtual information will be stolen.

How does this apply to gaming?

So far, the most well-known application of blockchain in the blockchain industry has been in the realm of cryptocurrencies like Bitcoin, Litecoin, and Ethereum. But blockchains are not limited to storing financial data—they can store any data. And this expands what video games can do tremendously.

For decades, the gaming industry has been developing increasingly immersive worlds. Players delve in to create complete online personas in the game of their choice—identities with unique avatars, skins, and possessions. Blockchain technology opens the potential to increase the shareability of these identities and virtual goods, which in turn can lead to enormous changes in the games themselves.

Players will discover that their online persona is no longer confined to a single virtual world. Instead, the data that comprises it will reside on the blockchain and will be transportable to any compatible world. Developers, to increase participation in their games, will be incentivized to make them compatible with the blockchain, and this will echo throughout virtual spaces as players begin to use the open-source nature of the system to collaborate on an unprecedented scale.

Players will potentially be able to collaborate on every aspect of their digital worlds. Want to customize in-game items to increase their value—or just their personal appeal? Want to gift one of those items to a friend playing a different game? That will happen, and even better, it will happen smoothly across platforms, with no need to log out, arrange the gift, and then log back into your own game. You can send an item to your friend’s character in his or her game at the exact moment you’re playing your own different game, all through a p2p operation that hits no speed bumps.

And as players find that they can cross platforms so seamlessly, video game developers will find player loyalty increases, both to individual games and to interconnected game series. The explosion of transferable creativity will mean players don’t get bored with one world, impatient to try others; they will be able to hunker down in the space they have chosen and still enjoy cross-pollination with so many other spaces and gaming clans—or even join clans that span a dozen interconnected games. Developers will appreciate this, as more dedicated players mean more money.

Remember, there’s no middleman to pay when using the blockchain technology platform. That’s a significant change from the traditional gaming payment system of lumbering, pricey transactions through central nodes. This is revolutionary news for both players and developers, as using bitcoin transactions enable endless, fee-free micro-transactions. So players can sell to each other, and developers can sell in-game items and abilities without having to build in the cost of processing the sale. The result can be a lower cost of items to the players, meaning developers will sell more items, and the volume of sales will drive down cost further—all while buyers enjoy becoming more fully immersed in and loyal to their games.

In fact, several blockchain-driven games are in development right now. A great example is Decentraland. Decentraland is a virtual reality platform that allows gamers to buy and own a piece of real estate in its virtual world. The deed is recorded immutably on the blockchain, and the owner is free to do whatever they wish with the land. That could mean building a business, hosting social activities—anything—and over time, Decentraland will grow as any real-life city would… except it will grow unhampered by the real world’s zoning ordinances, traffic patterns, and environmental limits that prevent truly unfettered creativity.

Additionally, the fee-free model is already impacting game distribution. The use of cryptocurrencies not only streamlines in-app purchases by enabling direct transfer of payments from players to game developers, its security and immutability also reduces fraud in the industry and restructures how developers reach consumers. For a preview of what this means, check out the cutting-edge company GameCredits. They reach customers directly through a decentralized global cryptocurrency market, use a digital currency system to collect pay for games and in-game purchases, and by ditching the centralized middleman of the App store, they pay out 90% of profits to the developers.

For one final glimpse at the future of blockchain’s impact on the online gaming industry, consider esports betting—which is to say, betting on competitive video game tournaments. The technology opens up enormous potential for the expansion of this offshoot of gaming by enabling fast, legal betting anywhere, unparalleled security, and low house fees. Unikrn is a company that’s getting it right—and in December 2017, they announced a partnership with MGM Resorts International in Las Vegas.

Blockchain technology is already making remarkable improvements to the gaming industry and is poised to snowball. It has every crucial ingredient necessary, in Holy Grail quantities: security, speed, vast creative potential, and scalability. It frees developers from restrictions that were baked into the industry decades ago, and it frees gamers to play with new levels of creativity and cooperation. It is already expanding esports betting. And as the blockchain industry grows and evolves, it’s only going to open more opportunities to developers and gamers alike for new levels of design and experience.

The fan economy built around virtual gifting is threatening to disrupt the revenue model for content producers and turn it into a highly profitable industry starting with GIFTO.

OPEN Platform is a blockchain-based payment infrastructure that solves the problem of cryptocurrency application payments. To fully understand the way OPEN solves this problem, it’s important to know how the problem originated.