Whether you realize it or not, no matter what you post online, no matter what site you post it on, your post is subject to scrutiny. This scrutiny, whether performed by human moderators or bots, has the potential to censor your post—even to the point where no one sees it.

As bad as censorship in the world has gotten, there are some amazing alternatives out there, like Mastodon, which is both open-source and once of the few social media platforms which is uncensored.

Read on to learn more about censorship in social media and whether or not Mastodon might be the right choice for you. 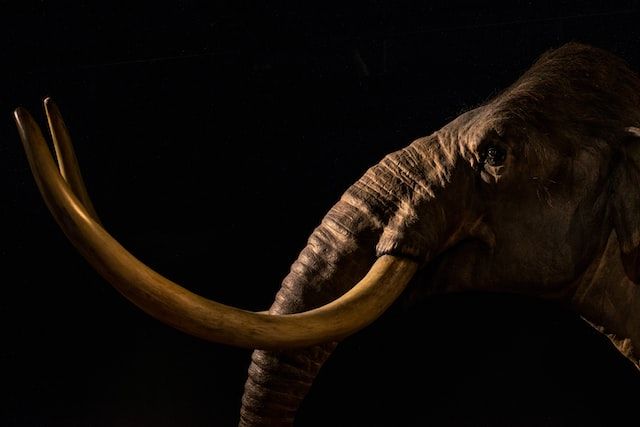 Why is Censorship in Social Media Bad?

Many users of social media have come to the point where they embrace censorship, mainly because they are told that it prevents bad people from doing bad things. But what does this mean for free speech? And do you truly know how many good people censorship has affected as well?

While censorship may have allowed Trump to get kicked off of Twitter, it may also have kicked off your elderly neighbor next door because she used the word “trump” when talking about a card game with her friends. Censorship may stop someone from calling someone else a bad name, but what happens when that person is Trump, or Hitler or another widely hated political figure and they deserve it?

The point is ALL censorship is subjective. When you allow censorship, you are allowing someone or something else to control the media you consume. This means you are giving up your freedom of choice, and ultimately your freedom of speech. No matter how you use social media and how often, this is a bad direction to go in, because it means the United States is truly just steps away from China which restricts the sites it’s citizens can see on the internet.

Censorship is bad, it’s as simple as that, and the censorship in social media is starting to become out of control. And even though Twitter has pretended to promote a solution with their Bluesky project, this project is just another way for the views of a single company to influence the media you see when you log online.

Many social media platforms advertise that they are open source. While this is a great step in the right direction, it’s important to know that opensourced social media can still be censored, like Twitter’s Bluesky project. Instead, you want to look for a platform which is uncensored.

MintDice has previously listed several opensource and some uncensored social media sites in our alternatives to Facebook article. But we’d like to reiterate the one that we feel is the best in this article and that is Mastodon.

Mastodon is the social media site that gives you back control over your data as well as your feed. Your viewing and searching information is never for sale, and you can control which posts you see from posters that you follow.

Mastodon is decentralized, meaning users choose to run a node (or server) hosting the website. No one server or host has control over the website or its future.  There are no ads, and you control how you see posts and when.

With Mastodon, you can choose the servers you join, and if you don’t like the way a server is run, you can leave. There is no top-down government influencing your decision and no algorithms leading you in a certain direction. While a certain server may censor the posts their members see, you are free to leave that server at any time and start your own.

Mastodon is like Facebook on crack, you can share videos, posts, pictures, artwork, and more. If you can dream it, you can create it in Mastodon.

How Does Mastodon Make Money?

Mastodon is fully supported by sponsors who decide they want to donate to the platform. You too can become a sponsor if you would like to donate.

Additionally, each server is hosted on a volunteer basis by those who start it, but they can crowd-fund to keep their server running if they so choose. Regardless, Mastodon is a non-profit company and does not charge users anything for using its platform.

Can the Government Shut Down Mastodon?

The government could try to shut down Mastodon, but because of its decentralized nature they would find it impossible. Therefore, you can start your node or platform on Mastodon resting easy at night that the government can’t influence or scare you into changing your posts.

Technically, you can post whatever you want on Mastodon, even if it is illegal. There is a NSFW section of Mastodon just like there is on Reddit. Mastodon does encourage users not to post illegal things like child-porn and illegal drugs as it is possible for people to find out your identity. But technically, unlike a centralized platform, they cannot stop you.

In short, no. Mastodon is like social media but without any sales aspect. Yes, you heard that right. There are no ads, and the community discourages any accounts that sell products. The whole point of Mastodon is just to be social media—an online community where people can chat and share information without having to worry about being turned into revenue for a business.

Can You Advertise on Mastodon?

You cannot buy advertisements on Mastodon. And there is no point to trying to have a user boost your product. Mastodon is a community without algorithms, and filled with people who just want to be social. Sure, you can try to advertise your product, but you will likely have a hard time getting people to follow/join your instance.

This doesn’t mean you can’t recommend products to friends, that is still allowed, just don’t start sending any unsolicited messages as this will get you removed from instances.

Overall, we are a fan of Mastodon and love how quickly the community is growing. If you truly believe in decentralized, free speech social media, then you should look at switching over from your current platform to Mastodon.

Cryptocurrency is an amazing invention, but can it truly replace your bank account entirely? Read this article to learn all about whether or not you can go through life with just crypto.

Have you heard of something called Impervious AI but you aren't quite sure what it is? Read this article to find out all about this new tool and whether or not it's something you should use in your everyday life.