The year 2019 has been slow for most digital currencies. At the beginning of the year, Bitcoin, Ethereum, Litecoin and Ripple (XRP) maintained the same low price points as the end of the previous year. This was largely owing to a long-running market correction following the post-2017 crypto boom.

However, things seemed to pick up in the past few weeks, starting with predictions from industry experts in early June that Bitcoin would hit the 5-figure mark again. In the third week of June, there were signs that the currency might actually scale that point. These signs were confirmed when Bitcoin surpassed $10,000 on June 22nd.

Other currencies like Ethereum were not left out, and the bulk of the positive reactions were borne by those who had bought these assets at low prices when a good portion of the community had lost interest in them.

So now that prices have skyrocketed, what next?

Let’s run through the reasons for this sudden climb in the prices of the top digital currencies and how they may affect the future of cryptocurrency.

Before finding out why the top four digital currencies skyrocketed within the last week of June, we’ll look at just how significant these recent gains were.

At the beginning of the year, Bitcoin opened with a price point of $3,782.44. This wasn't surprising since it hovered around this figure for most of 2018. The first major peak came on February 23rd when Bitcoin surpassed $4,000. However, this didn't seem significant compared to the prices that BTC has recorded in the past. By April, BTC began its climb to $5,000, reaching new levels of support and resistance.

Ripple has been fairly consistent for the past year. Unlike the other coins, it hasn’t recorded any major losses and has managed to stay in the news more than any other digital asset due to product testing and new partnerships. 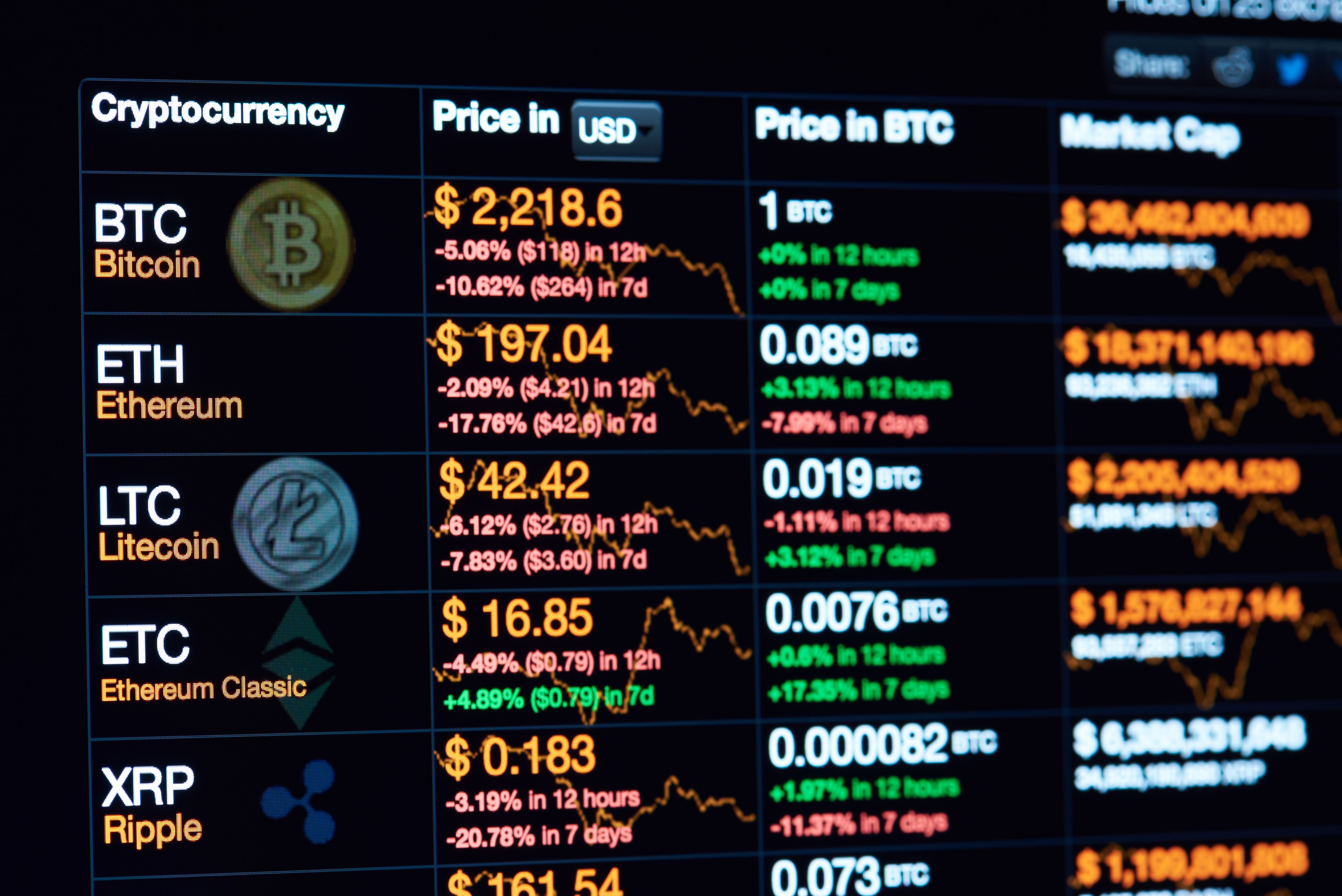 The recent upward price movement can be attributed to three major factors:

The Involvement of Institutional Investors

The trade war with China has led to spikes in the prices of gold and Bitcoin. With trade uncertainty, investors are parking their assets in Bitcoin, the least volatile cryptocurrency. This influx of big players into the market has led to a significant shift in the BTC price movement.

The Impending Halving of the Bitcoin Block Reward

The Bitcoin network runs on blockchain technology and requires miners to handle the validation of transactions. For this service, they are rewarded with a set number of BTC. This block reward is halved every 210,000 blocks and is currently set at 12.5 BTC. However, each miner is paid about 10.4 BTC.

Block rewards are intended to cover a miner’s costs and usually, the expectation is that miners will choose to sell off their earned Bitcoins to cover these costs. This process releases new Bitcoins into circulation.

Since there will only ever be 21 million BTC in existence, halving the block reward as the demand for Bitcoin increases, ensures that its value is never driven down due to inflation. This also means that there may be a decrease in supply and an increase in demand and ultimately, its price. The next halving has been predicted to happen in May 2020, in about 320 days.

This could signal a huge payday for investors and as a result, they are preparing for it by buying up available Bitcoins, inadvertently driving up the price.

As far as tech is concerned, Facebook is one of the world's leading powers so it has a huge influence on how technology is used and perceived. With the tech giant's plans to launch Libra, its own cryptocurrency product, investors are beginning to see digital currency as a serious investment. This endorsement by Facebook not only has the power to sway the average tech user, but it also has the power to sway governments.

For example, India is working towards a ban on cryptocurrency. But with Facebook entering the domain, this may motivate other smaller tech companies to follow suit. Placing a ban on cryptocurrencies at a time like this could lead to India missing out on what could be one of the greatest technological advancements of the century. Companies like Visa and PayPal have also shown interest in Facebook’s coin, making it seem even more credible. As a result, institutional investors are taking digital assets more seriously.

The recent price movement of Bitcoin and other top cryptocurrencies may lead to a massive rally that could send the top asset over $20,000 if it breaks its resistance at $13,000. This price behavior may mirror December 2017, when FOMO drove Bitcoin into the hands of the average first-time crypto user.

That boom saw a combination of numerous new entrants into the market and frequent Bitcoin-related search terms to create an ecosystem that is gradually approaching mainstream status. Although the Bitcoin Google searches haven't started piling up and there isn’t a buying frenzy yet or proof that first-time buyers are jumping into the market, the signs are clear.

The 5-figure value of Bitcoin due to recent gains is every bit as exciting as it was when these gains first happened in 2017. Mainly due to institutional investors, the upward price movements are indicative of a bright future for Bitcoin. It also proves that Bitcoin isn’t a dying asset as many may have thought throughout its market correction in 2018.

Facebook moving into the cryptocurrency and blockchain space may also act as a catalyst for a massive bull run and better performance for the prices of Bitcoin and top altcoins. However, it's too early to say for sure. It’s exciting to see how the market unfolds and whether Bitcoin can top its 2017 high of $20,236.

Looking for a new game to play with your Bitcoin? Read this article to learn about one of the most popular games in the crypto world, Bitcoin Slots.

Are your cryptocurrency coins at risk of being stolen from online hackers? Read this article to learn what you should do to protect your crypto coins from falling victim to being hacked.