The cryptocurrency market has revolutionized the way people think about money and its utilization in technology. It’s the newest trend in the storage of digital wealth and value.

Unfortunately, the vast part of society does not understand it well. Thus, malicious people are using new tactics, as well as those that were used in fiat currency, to steal from unknowing people.

As Lawrence Bradford wrote in her Forbes Magazine column, cryptocurrency is the future of money. It’s a digital currency powered by Blockchain technology. The majority of tricks formerly used to deceive people into letting go of their money are still being used with the new technology.

Hence, why old fraud schemes are being used to steal the wealth of cryptocurrency enthusiasts who don’t know better. These include Ponzi schemes as well as pump-and-dump strategies.

According to Investopedia, a Ponzi scheme is an investment scam that promises high return rates and minimal risks, then end up defrauding the investors.

Those who invested early get the best returns. They get paid through the investments of the people they refer to the ‘company.’ The more the scheme attracts and acquires investors, the more benefits, the older investors get. This creates euphoria among people who want to get rich quickly.

A Ponzi scheme is quite similar to a pyramid scheme. In both, it is the newer investors who fund the payment and keep the scheme going. They rely on peer-to-peer marketing, as they can't convince the media that they are legitimate enough to deserve airplay.

However, due to the unclear laws governing such businesses, some of them still find their way to the mainstream media.

More often than not, both the Ponzi and Pyramid schemes end up closing shop as there is insufficient money to circulate as profits for investors. The scheme then falls apart, and the investors lose their money. Those worst hit in these schemes are the people who invested last.

Ponzi schemes have been around since the existence of money but came into the spotlight in 1919 when Charles Ponzi set up an agency to trade coupons and stamps from the postal services. After buying several cheap international coupons, he would then trade them for stamps, at a high profit. Then he sold those for profit.

The business was doing well, even in the eyes of the law, until he became greedy and started promising investors incredible profits in 3 months. But he only redistributed the money to the investors and lied about having made any gains.

By 1920, he was already under investigation for fraudulent activities. A century later,  technology has grown immensely and fraudsters are using the same tricks to steal cryptocurrency.

Similarities between Schemes and Fraud cryptocurrencies

Sometimes, these traders don't ask for investments. Instead, they use statistical data to show you how well a coin or item is performing in the price market.

They intentionally show an inflated price in a share or coin just to attract new investors. After they have achieved their target and reaped their profits, they disappear, and the trade crashes. The item becomes worthless, and the investors have nowhere to dispose of them. This is referred to as the pump and dump scheme.

According to a CNBC report, the advent of social media marketing and networking has made this tactic popular.

The fraudsters use social media platforms to persuade people into buying altcoins (and sometimes Bitcoins) when the market is bearish. Then, they sell all their assets away as they await the next bullish season.

The idea may seem smart, but when it comes to cryptocurrency, fraudsters use the method of overpricing a coin first. Then, after earning profits, they pull out of the market, and the coin becomes worthless.

In a report by the U.S. Commodity Futures Trading Commission (CFTC), American citizens have been alerted to cryptocurrency related pump-and-dump investment schemes.

The statement further advises investors not to purchase any crypto-related products “based on social media tips or sudden price spikes." This includes tokens from Initial Coin Offerings (ICOs).

New Scams on the Block 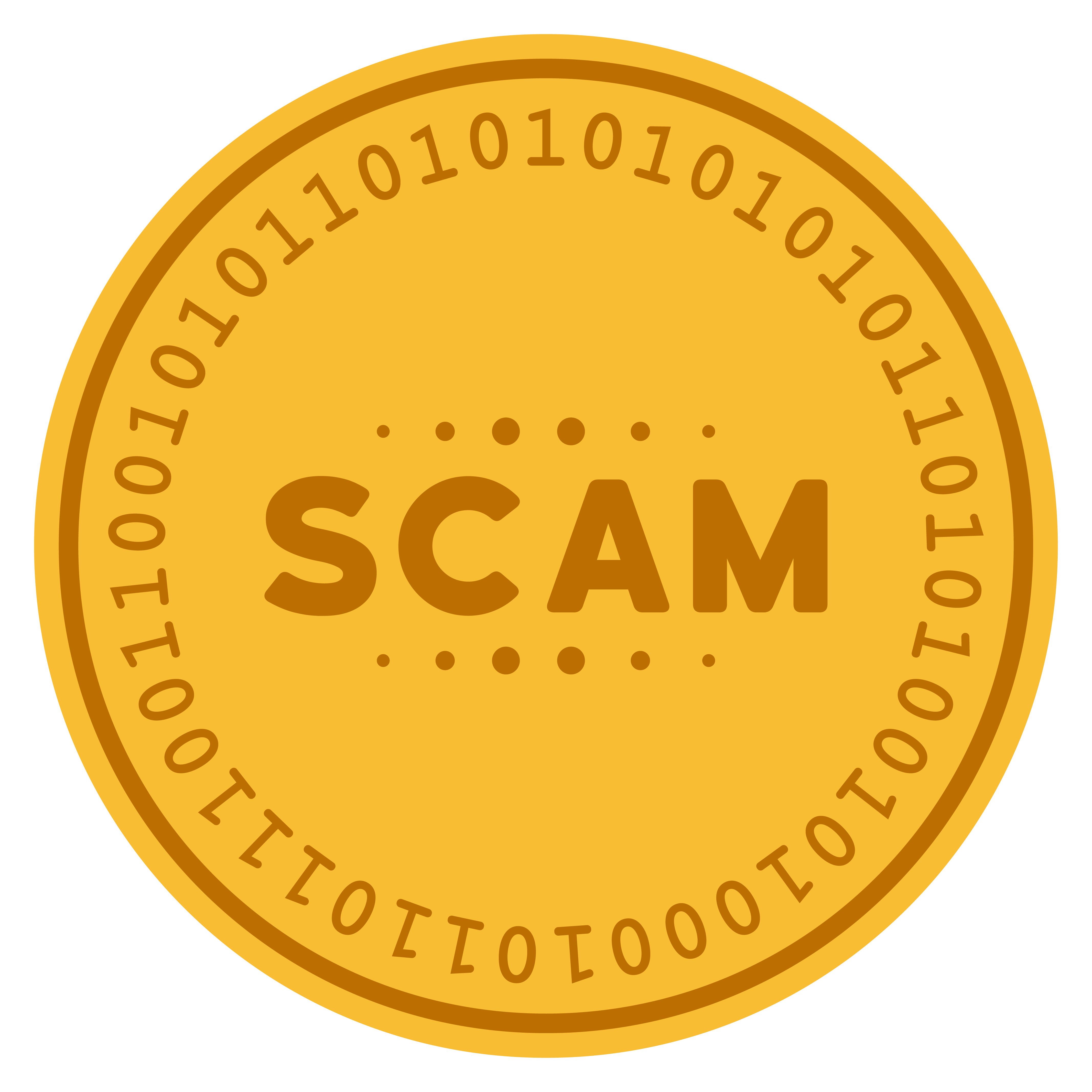 The Internet is popular for causing euphoria among its users. The troll mentality of a business with high return potential attracts several investors.

The majority of traders just don’t understand the concept entirely. Instead, they pump their money just because others are doing it.

Now, the crypto-world is very reactive in the presence of publicity. Some fraudsters rely on troll mentality to further their scam agenda. When many people are talking positively about a "coin", people end up buying it, and the Internet is at the center of this. This is often referred to us FOMO or the fear of missing out.

Noteworthy, new technology is a stream of new knowledge that is often not fully understood. Many people who want to use the innovation do not have a clue on how it works until they are deep in the business.

Put simply, the highest percentage of cryptocurrency-related scam victims do not understand the technology on which the coins are built. So, it becomes easy for scammers to take advantage of their situation.

Fraudsters have come up with new coins that don't have a Blockchain system. And people who don’t know how this technology works end up being the victims.

During ICOs, for instance, scammers find the ripest opportunity to market their nonexistent products. They raise currencies by taking advantage of their ignorance.

Why do all these scams thrive?

There's beauty in the absence of a central regulatory body for cryptocurrency in that nobody infringes on your privacy. But, on the flip side, scams thrive well in such environments.

In a post by WIRED, it's noted that Facebook is now banning all cryptocurrency-related advertising. Google followed by taking the same step. A negative measure for all the crypto-enthusiasts.

The majority of cryptocurrencies don’t have a formal central regulation unit, a company responsible for setting rules and updating the software. So when you are duped, there’s no one there to send a complaint to. In such an environment, fraudsters find it easy to perpetuate their scams.

The majority of countries do not have the appropriate regulation to govern cryptocurrency. This means that scammers cannot easily be prosecuted in a court of law for their actions and this fuels impunity in the crypto-world.

What to watch for

If you want to avoid falling for a scam, you have to do your research on the coins.

Trading in the cryptocurrency market is both fun and productive. But even while you are doing this, be careful lest you fall into the hands of scammers.

Cryptocurrencies hold unique characteristics that Ponzi schemes and scams don't. This includes open-source codes, decentralization, and transparency through ledgers that are open to verification. The surest way to keep off these scams is to be informed.

March has seen investors become skeptical of altcoins and move more of their holdings over to Bitcoin for stability. Now with tax season coming to an end, we should see a bit more money flowing into the cryptocurrency market, potentially helping fuel the next move upward in the market.

Dogecoin is one of the digital coins gaining traction in the crypto world. It’s been around since 2013 and it's one of the world’s fastest-growing and stable cryptocurrencies.