Telegram messenger is Whatsapp's most competent rival. Many have argued that Telegram's instant messaging app should be ahead of Whatsapp due to how technologically advance the app is. Telegram was one of the first social apps to incorporate maps, video chats, and voice calls and has over 200 million monthly active users worldwide growing at a rate of 500,000 new active users daily.

The company may have finally found the edge they needed as they plan to introduce a blockchain system. The introduction of Telegram’s blockchain system will give each user an instant TAN wallet making it the world’s most adopted cryptocurrency.

What is the Telegram Open Network (TON)?

The TON is the brainchild of secured message service provider Telegram, which was founded by CEO Pavel Durov. Essentially, it is a fast, secure and scalable third generation blockchain project. The platform is capable of handling millions of transactions per second on its chat application and beyond. It is envisioned to be a huge distributed supercomputer that will host a wide range of applications similar to how Ethereum works.

User friendly: since Telegram is already in the social network world, one of its primary goals has been to make the cryptocurrency user-friendly through its established app.

Multi blockchain design: This will allow TON to carry out millions of transactions per second, which would help it surpass transaction speed offered by Bitcoin.

Scalability: Due to the anticipated number of users, a blockchain may grow too big. TON will be able to split the blockchain to ensure it remains efficient and capable. These alternate blockchains can exchange info through a smart routing system and still act as one.

Efficiency: the company has designed its nodes only to carry out vital work to maximize efficiency. 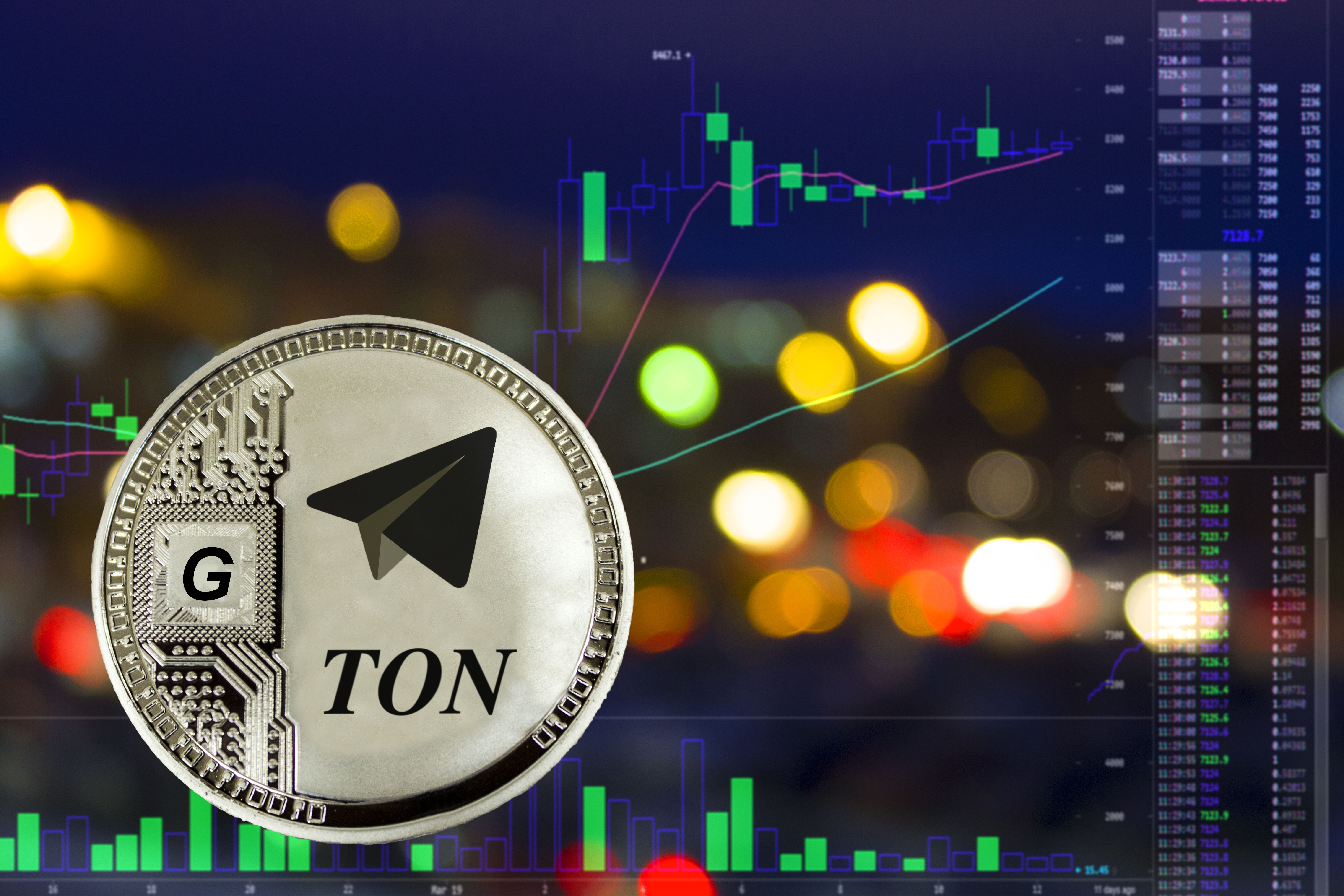 In a second pre-sale ICO, Telegram raised another $850 million, bringing the total to $1.7 billion. The amount dwarfed any cryptocurrency presales with the largest previous amount being $232 million which was made by Tezos. Telegram and Sequoia declined to comment on the presale while Benchmark did not take questions.

Unfortunately, Telegram’s industry-popular ICO did not run as smoothly as expected. The company ran into some issues regarding the unofficial sale of its tokens by private early stage investors. According to the company’s whitepaper, the ICO was initially meant to raise $1.2 billion through specially invited private investors and a public crowdsale.

This figure was raised to $1.7 billion later and the public sale was cancelled. This was because the total funds had already been raised through private investors and the company wanted to avoid trouble from the SEC due to the ongoing ICO probe.

However, the sale to private investors created a rift because the public wanted to buy tokens as well. As a result, private investors have been selling off their tokens at up to three times the normal price. Brokers have also emerged to connect buyers and sellers. Due to the lack of ICO regulations, Telegram can’t do anything to stop these backdoor sales.

Combined with the negative criticism met by the ICO, this issue may not bode well for the company. It may cause complications when listing the token on exchanges and create price control problems in the long run.

Telegram aims to be more than just a chatting service though, and intends to implement several features:

TON Services: This will be a third-party marketplace that will enable app creators to place their applications and interact with people through smart contracts.

TON DNS: This is a service for assigning human-readable names to accounts, smart contracts services and network nodes. With TON DNS, accessing decentralized services could be like viewing a website on the Internet.

TON Payments: This is a micropayment channel network. The system will allow instant payments between users, bots, and applications built on the Telegram Blockchain. Safeguards have been built into the system and are designed to ensure that these transfers are as secure as on-chain transactions.

Master Chain: The TON Blockchain will consist of a master chain and 2-to-the-power-of-92 accompanying blockchains. Its most notable aspect is the Infinite Sharding Paradigm, this is the technology that will allow the blockchain to carry out millions of transactions in a second by automatically splitting and merging the blockchains to accommodate changes in data load.

Instant Hypercube Routing: This has been designed for the blockchain to maintain top speed and efficiency even as it grows through various variants such as faulty computer servers. This will ensure that the errors incurred stay at a minimum. The Hypercube Routing will enable TON to be self-healing through the growth of new valid blocks on top of any blocks that were errors.

Proof-of-stake: TON’s blockchain will be more dynamic as it will use a proof-of-stake based algorithm. This kind of algorithm uses random commands to handle storage of IDs, payments and smart contracts making it more secure. Bitcoin is built on a proof-of-work algorithm which relies on just mining as its command protocol.

Money Transfer: TON people could bypass remittance fees when sending funds across international borders.  A shared money pool will be created when payment is initiated; then the money will be sent by the pool by sending special messages to the smart contract containing the final agreed upon stake with the signatures of both parties. After the coins have been transferred, the smart contract destructs. This can happen several times as long as there is a positive account balance.

Forty-four percent of the gram will be sold in both the public and private sales, and 52 percent of the entire supply of Grams will remain with Telegram to protect it from speculative trading and maintain flexibility, with the remaining 4 percent to be reserved for Telegram’s development team with a four-year vesting period.

Telegram will control the majority of its digital currency, at least to start. Emin Gün Sirer, a professor at Cornell, an expert on distributed systems, and co-director of the Initiative for Cryptocurrencies and Contracts said, “Blockchains are useful when there’s no central authority in command, or when there’s a risk that the owner of the platform might fold. Telegram ICO’s appeal stems from its reach to 200 million users and its central vision over the future of the platform. If the owner folded, there would be little value to what remains."

What the Skeptics are Saying

Various skeptics have voiced concern over Durovs venture. Gregory Klumov, CEO of Stasis, the government blockchain company, believes that taking the ICO route will eventually lead to the company losing money due to its expected user base, he believes the best alternative would have been to use shareholder capital instead.

Others, however, are optimistic. Alan Woodward, a visiting professor at the University of Surrey, expert in cryptography and information security, initially criticized the chat app for using proprietary cryptography instead of commonly accepted, peer-reviewed cryptography. Later he said that the project had attracted so many investors and such high pre-sale prices because the platform is already an established company.

In the first quarter of 2018 Telegram launched Telegram External Secure ID, followed by a Minimal Viable Test Network for TON. The launch of the Telegram Wallet will take place in the fourth quarter of 2018. The creation of the TON-based economy could launch in early 2019. The rest of the TON Services would follow soon after in 2019.

Telegram’s ICO is one of the most anticipated in the cryptocurrencies world, and it’s the first to attract established Silicon Valley venture capital firms. Often when a company takes such a drastic change in its design and principles, the users often reject it. However, Telegram has grown because of its anonymity characteristic through its encrypted messaging service. The blockchain system will only serve to advance it.

The recent cryptocurrency price crash left many newcomers frustrated and sour towards the market, and resentful towards cryptocurrencies. However, many of the experienced traders and investors kept pointing to the previous crypto market crashes and asking how this one was any different.

CoinAgenda held its event in San Juan, Puerto Rico, where it brought over 50 ICOs (initial coin offering) to the stage in an ICO Pitch contest.