A few months ago, the world was shocked when the president of El Salvador announced that Bitcoin would become the country’s second legal currency, and that vendors everywhere would be required to accept the coin. They were even more shocked when congress approved the motion. Bitcoin became a legal currency in El Salvador on September 7th, 2021.

The road to adoption has been rocky however, as people all over the country have to suddenly learn how to use and accept new technology. And some are still refusing to use Bitcoin, even though the El Salvadorian government gave all citizens some Bitcoin for free.

Read on to find out more about the status of Bitcoin adoption in the country of El Salvador and some of the trials and tribulations the people will be facing as they navigate the new world of cryptocurrency. On September 7th, Bitcoin became the second legal currency in the country, but the US dollar remained the first, allowing people to use either to pay for goods and services. This was done intentionally, as many of the citizens of El Salvador don’t have a good education and didn’t understand how the cryptocurrency works.

To try and help with adoption, the president of the country purchased enough Bitcoin to give every citizen 0.00065 BTC. Which, on September 7th, it was the same as giving every citizen about $30. In a country as poor as El Salvador, this could feed a family for almost a week as the average income is just $5.50 per day.

And this is where the problem with the project began. Since most people within the country don’t understand how Bitcoin works, many began to line up at the Bitcoin ATMS spread throughout the country to pull out the $30. Whether or not this caused the dip, no one can say for sure, but on this day the price of Bitcoin fell 11%. This caused El Salvadorians to panic further, as they simply don’t understand that Bitcoin is a store of value, or it’s volatility. This cause social unrest as people waited hours in line to cash out their Bitcoin, upset that people in the line were getting different amounts for the same amount of Bitcoin that they held.

Additionally, much of the technology surrounding Bitcoin was foreign to El Salvadorians. Few new how to work the Bitcoin ATM when they got to the front of the line. Plus, all El Salvadorians had to download a state sponsored wallet called Chivo in order to receive their free Bitcoin. And in a country where scammers run rampant, many people’s identifications were stolen to set up false wallets to get extra of the free cryptocurrency. This left many El Salvadorians without the chance to even try to use Bitcoin.

Why Did El Salvador Adopt Bitcoin?

After reading all of the above problems the country has had with adopting the cryptocurrency, you may be wondering why they did it in the first place. Although the plan was perhaps poorly educated to the people, the president of El Salvador, Nayib Bukele, knew what he was doing.

El Salvador receives much of the money in its economy from abroad (over 25%), and it doesn’t do this through trade deals. Rather, most El Salvadorians have a family member who lives and works abroad, sending money home to their family on a regular basis. And until the legal adoption of Bitcoin in the country, many of these people had to wait days for this money, plus pay high international wire fees at their bank (sometimes exceeding 10% of the wire). With Bitcoin, there is no longer a long wait for money, and the fees to use the money are much less.

And although centralized apps like Chivo are never recommended when it comes to storing cryptocurrency, the app was made with the El Salvadorian people in mind. Chivo allows citizens to send transfers to others with the Chivo app commission free and all transactions happen instantaneously. This means that El Salvadorians that live abroad can send money to their family for free. And now, with the implication that all businesses must accept Bitcoin, their families can spend that Bitcoin on goods and services without having to pay the Bitcoin ATM fee. Was Bitcoin Adoption in El Salvador a Good Idea?

Bitcoin adoption in the country of El Salvador really was done in the right mindset, and it earns the president a pat on the back. The problem? Well, the execution of this idea was very bad.

As mentioned above, many El Salvadorians woke up to find they got a free week’s salary with no explanation of how this worked or how it was a store of value that could help them in the future. Imagine for a second you woke up to a second salary for the week. That would be nice right? And that’s what many in the country thought, which is why they immediately cashed it out, not understanding it could be a store of value.

Additionally, there was no education to the people of the country on how volatile cryptocurrencies are. Thus, when people started to watch the value fall, they panicked. Which, if they had held on to it, as of the writing of this article they would have $40 instead of the $30, but most of them didn’t understand that.

In El Salvador, 70% of the citizens don’t have a bank account. But before you blame the government (who is clearly trying to solve this problem with Bitcoin) the issue is actually the El Salvadorians themselves. After years of unstable governments, many don’t trust the bank—preferring to store what little money they have extra, elsewhere. Which brings up the final problem.

People in El Salvador mostly live paycheck to paycheck. This means they don’t have extra money to put away. And if they do, putting it in something as volatile as Bitcoin can be heart wrenching. Imagine saving $100 (when you earn $5.50 a day) only to go to use it and find it has lost value all the way down to $50. This fact alone will dissuade many in the country from putting their money into Bitcoin.

Not to mention that most businesses within the country, who are suddenly forced to accept Bitcoin, will likely not keep their earnings in the cryptocurrency. This is because, again, it is too volatile to do so. Most businesses in El Salvador run on a thin margin, and if they keep money in Bitcoin only to watch the price fall by 50% in a single day—this could ruin their ability to pay payroll and order goods. This is why most in the country immediately cash out Bitcoin to USD when they have the chance.

Overall, Bitcoin adoption in El Salvador has been anything but smooth. From technological to educational difficulties, the country isn’t taking to the cryptocurrency like the president had previously hoped. But Bitcoin really is a great idea for El Salvador, and if the kinks can be ironed out, it could take a poor country to a much brighter future. 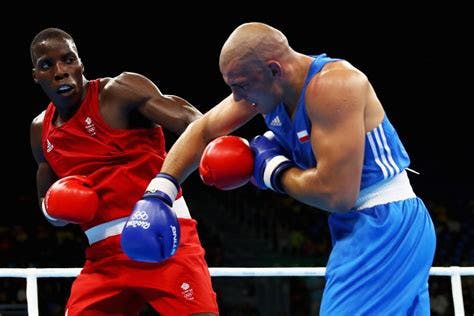 The fancy footwork, the bobbing and weaving of the head, the action-packed, brutal punches exchanged are just a few reasons boxing fans show up to watch the matches consistently. But is it always an honest match?

Have you ever heard of the law of averages? Many people use it when they place bets in the casino or on sports. But does this mean you should use it when placing bets? Find out inside.