In August 2022, Tornado Cash joined the US sanctions list governed by the OFAC that states that no US citizen or resident is allowed to do business with said company. But what is Tornado Cash? And why does the US government hate it so much? We will cover all that and more in this article.

What is Tornado Cash?

Tornado Cash is a smart contract that allows an individual to send Ethereum, among a handful of other cryptocurrencies, completely anonymously. All the individual has to do is go on the site, select a predetermined amount of ETH they want to send or keep there, then they receive a receipt.

This receipt can be given to anyone, allowing them to redeem the designated amount of cryptocurrency completely anonymously.

Now many of you are probably thinking that you thought cryptocurrency was already anonymous, and it sort of is, but at the same time, all of the transactions get recorded on a universal ledger that anyone can see.

This means that at any point, someone who really wanted to could trace a transaction on the Ethereum blockchain. But with Tornado Cash, the transactions are scrambled and mixed with other transactions, which prevents this from happening.

Why Did the US Government Sanction Tornado Cash?

The US government sanctioned Tornado Cash because they claim that it allowed criminals and terrorists who want to destroy the US to send money illegally.

This is what they said, but it isn’t the real reason. The real reason the US government sanctioned Tornado Cash is that they are afraid of people using it to hide money and avoid taxes. They are also afraid of losing control over the money supply, which has technically already happened due to inflation, as well as the threat that the IMF may remove the US dollar as the pegged currency.

Either way, the US is in trouble financially, and they think sanctioning Tornado Cash is going to help them take control of cryptocurrency.

Do Criminals Use Tornado Cash?

The preferred method of money laundering has always been cash because it is easy to obscure and hide. While cryptocurrencies have been used for some money laundering in the modern decade, so too has artwork, goods like tobacco and alcohol, and fur pelts. But you don’t see the government banning the sale of fine art, now do you?

Basically, the US government is scared of what they can’t control. And they believe by sanctioning Tornado Cash will once again give them control over the cryptocurrency world (just as they did when they added KYC and AML laws to cryptocurrency apps). 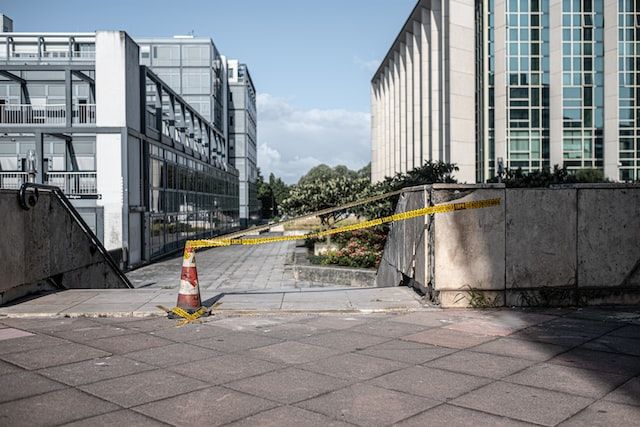 Can I Still Use Tornado Cash?

The reality is, no matter how mad the US government is at Tornado Cash, besides the sanctions, they can’t really do anything. Sure, their website on the internet is gone, but the smart contract is still there, it is just on IPFS instead.

While learning how to set up and use IPFS will discourage the average, everyday human from using Tornado Cash, you can bet that all the people who were smart enough to use it in the first place are still going to use it.

Tornado Cash is still around because the government can’t truly get rid of it. They can only slap people's wrists if they catch you using it. So yes, if you want to, you can still use Tornado Cash, but know that it is illegal to do so as a US citizen or resident.

What Happens If I Use Tornado Cash?

If you are caught using Tornado Cash, you could receive a fine of up to $330,947 and up to 30 years in prison. This is why many users have decided it’s not worth it.

If you were a previous user and just now realized you left money in the Tornado Cash smart contract, know that it isn’t worth getting. Just trying to access the system and cash it out to your US bank account will get you flagged by the authorities as all Tornado Cash wallet addresses have been blacklisted.

What Does This Mean for Cryptocurrency?

Honestly, this is just a blip on the screen for the cryptocurrency world. Because, if you really wanted to, you could definitely still use Tornado Cash, and you are still able to withdraw any funds you have there.

But, beyond your personal scope, this sanctioning could mean big trouble for the Ethereum blockchain. This sanctioning has created a lot of dirty money. And the money that is dirty has to be laundered before it can be used. While very few people will rush to the Tornado Cash platform for 0.1ETH, others who had 100 ETH will get their money out and will need to launder it.

Thus the dirty money from Tornado Cash will begin to hit the cryptocurrency market in different places, and as one user on Twitter pointed out, this could cause legal implications to fall on miners, stakers, and other people who work in the cryptocurrency industry.

Miners and stakers who validate transactions with dirty money could, under the sanction, technically be held liable. This means that several miners and stakers may find themselves in trouble for doing what they do every day.

One of the ways around this is if a miner or staker moves offshore to a country that doesn’t extradite to the US(Which is easier said than done). That, or Ethereum needs to update their systems (again) to allow stakers to vote no on a transaction to leave the dirty money dirty. But this will take time, and anyone who has money in Tornado Cash and saw the news is likely on their way to get it out right now.

Either way, the moral of the story is this; the US government wants control it can’t have, so it tried to take it by force. It will likely not gain the government any money or help them find any criminals but may make Americans scared to stake or mine on the blockchain. Any long-term implications beyond this have not yet been explored.

The US Senate has passed the Inflation Reduction Act. But will it truly lower how much you are paying at the grocery store? Read this article to find out.

Have some Bitcoin burning a hole in your pocket? Here are some places you can spend it in the Lone Star State.