Recently, the metaverse has been all over the news, especially with social media platform Facebook announcing their name will now be Meta, in preparation for them to make space for themselves in the metaverse. But what is the metaverse exactly? And what does it mean for you?

The metaverse is the digital world, and the method of communication of the future. Rather than sending a text to you friend, you will instead pop on your headset, and meet your friend for a virtual coffee without ever leaving home.

Sounds crazy right? Well, it isn’t as far off as it sounds. Read on to find out what the metaverse is and where it is going to take society next. 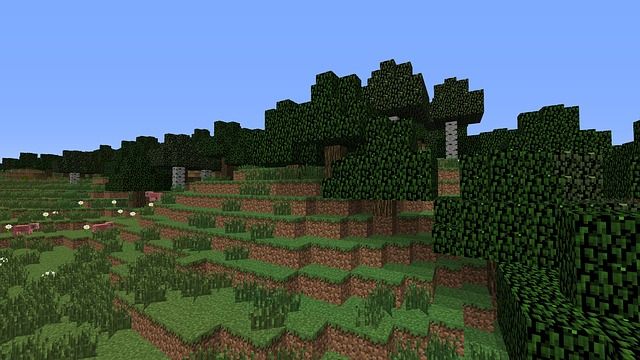 What Can You Do in the Metaverse?

It’s important to think of the metaverse not as a place, but rather as a technology, one which exists in real time. With this thought in your mind, you can do anything in the metaverse that you can do in real life using technology.

You can talk with other people, create digital renditions of real items (such as furniture, houses, and even pets) and you can own digital items like you would in a video game. The important distinction to make, is that unlike a video game, which is essentially paused when you leave, the metaverse continues in real time.

Again, this probably sounds like something from the TV show Black Mirror, or some far off futuristic adaptation. But the reality is, the metaverse is right around the corner, which is why Facebook has already changed its name to Meta, to get its foot in the door.

Essentially, no. People should be very scared of the fact that Facebook is getting involved in the metaverse. This is because Facebook has already proven that it is basically spyware that profits from taking people’s data and selling it to other nosy businesses.

If Facebook is able to get it’s claws into the metaverse, which it is already partially there, Facebook may soon be poised to own much more data than simply who you are searching on platform and which ads you click on more often.

You could find yourself being marketed products in the metaverse which you had simply only thought about. You may even see Facebook designing smarter ads to become more tempting to certain people. There is specifically talk of Meta having access to people's facial expresions as they enjoy the metaverse. Imagine what they could do with marketing if they had access to your facial expressions. Either way, the idea of Facebook owning your digital self is a scary thought.

Alternatives to Meta in the Metaverse

If you want to get involved in the metaverse, you may be wondering how you can do so without Meta. After all, their name is in the title. And this is what Facebook/Meta wants you to think, but the reality is, there are tons of decentralized options for using the metaverse.

The first option is to get involved in the Decentraland project. In Decentraland, you can purchase a digital plot of land, farm said digital land, and chat with your neighbors about it. This project is built on the Ethereum blockchain, and run on an ERC-20 token by the name of MANA.

There are also various experiences you can enjoy in the Decentraland realm. You can even create your own experience in order to draw players to your land. You’ll charge MANA for your experience, allowing you to profit off of your experience building.

Decentraland is owned entirely by its users which is a far cry from Meta. The only issue with Decentraland is that it is missing a few aspects that players would like to see. But remember, this platform is owned by its players, so perhaps a player in the future will be able to build the aspect of the game everyone is missing.

The Sandbox is also run on Ethereum, and an ERC-20 token called SAND. Holders of this token are the owners of the platform, and they can vote on future changes to this metaverse. Plus you get the added benefit of The Sandbox being hooked up directly with a NFT sales platform, so you can make money as you play.

Are All Metaverses Connected?

The Sandbox and Decentraland are both excellent alternatives to Facebook’s Meta, but there’s one problem. And this is that the world’s aren’t connected.

This means that if your friend wants to visit your home in Decentraland, they must also have a profile there. Same goes for The Sandbox. They will also need the native currency of whichever metaverse you are in. Because these projects are so separate, this leaves lots of room for a bigger project, which is easier to use, to come through and connect everyone in a single metaverse which would instantly become the favorite. Now if only there was a company which already had profiles on all of its users that it could easily move into the metaverse.

Facebook/Meta, whether you like it or not, is posed to conquer the metaverse, and it will do so in one sweeping motion if it is allowed to. This is why it is so critical to support decentralized projects like Decentraland and The Sandbox in the hopes that they will take the metaverse by storm first.

The first step of course, is getting off Facebook, which is much easier than you may think. There are currently many decentralized versions of the platform, you just need to know where to look.

Of course you getting off Facebook isn’t going to change the world, or stop Meta from taking over the metaverse, but hopefully if enough people leave the platform for somewhere else, decentralization will at least have a fighting chance in the metaverse.

Although leaving Facebook may be difficult, it’s time to ask yourself, do you really want Facebook following you into the metaverse?

Ever wonder what the title of the game DOTA stands for? Ever wonder how many heroes there are in the game? Find out all this and more in this article about the game DOTA2.