Over the past few years, there have been numerous trends in the gambling space. Online casino games are particularly prevalent to casino players mainly due to accessibility and convenience.

So, why is video poker so popular? To answer that question, it might be best to learn what video poker is first.

What is video poker?

Video poker is a game where you aim to get the best possible combination of five cards. Each combination has a specific value; naturally, the higher the value, the more it'll pay out.

The casino game is both available through physical machines, just like slots, or online through websites. Regardless of the medium, the rules are similar. Here's how playing usually goes:

Video poker machines may differ in theme, color scheme, and even rules, so choosing a machine is important. Additionally, the number of credits you insert will decide how much money you can earn. The more credits, the higher the payout if you win.

Unlike traditional or table poker, where you can only discard up to three cards (four if your last card is an ace or wild card), you can discard as many cards as you want in video poker. You may also opt not to discard a card and keep all cards you were initially dealt with.

Just like that, a player can win hundreds, if not thousands of dollars, playing video poker.

From the instructions alone, one can say the game is quite simple, which may have contributed to the game's prevalence. However, that's not the only reason why video poker is popular.

Video poker has a rich history. It overcame several adversities before it became an official video casino game. It was invented by the King of Slot in the '70s, and though it took a few years to take off, it was already practically a hit by 2000. But its growth in popularity doesn't stop there.

After the physical video poker machines, online video poker was introduced. It's essentially a form of video poker that you can access through your computer as long as you have internet.

In other words, it has greater convenience and accessibility than its physical counterpart. You only have to create an account on casino websites like Stake, and you're good to go.

With these sites, there's no longer a need to spend hundreds on traveling several miles to go to a casino. That's particularly beneficial, considering how in the past few years, going out was quite risky due to the pandemic. The evolution of video poker doesn't end in online games either.

Several years ago, mobile video poker was also introduced. So, you don't even have to go to a site with your computer. You can simply install the app, then play it on your smartphone.

This brings up the possibility of playing video poker while traveling or outdoors.

Every seasoned casino player knows that online slots are programmed to pay out only a certain amount. Casino owners and online casino websites do this by making it so specific symbols appear less or more frequently than others. They then adjust this specific setting accordingly. For that reason, it can be pretty tricky to beat slots since it's 'rigged' to some extent.

On the other hand, video poker games have no such setting. Unlike slots, every card from the 52-card deck has an equal chance to appear on your hand, so you might say it's not rigged at all.

Put simply, video poker is completely beatable. Of course, that's not to say slots aren't beatable. It's simply that video poker provides players with better control over the results of their bets.

Normally, players would flock to games that require actual skill and strategy rather than games that rely primarily on luck. Not only would they think it's profitable if they're good at the game, but players would also be tempted to try out strategies that they come up with every now and then. But that doesn't necessarily mean being lucky won't help you in a game of video poker. 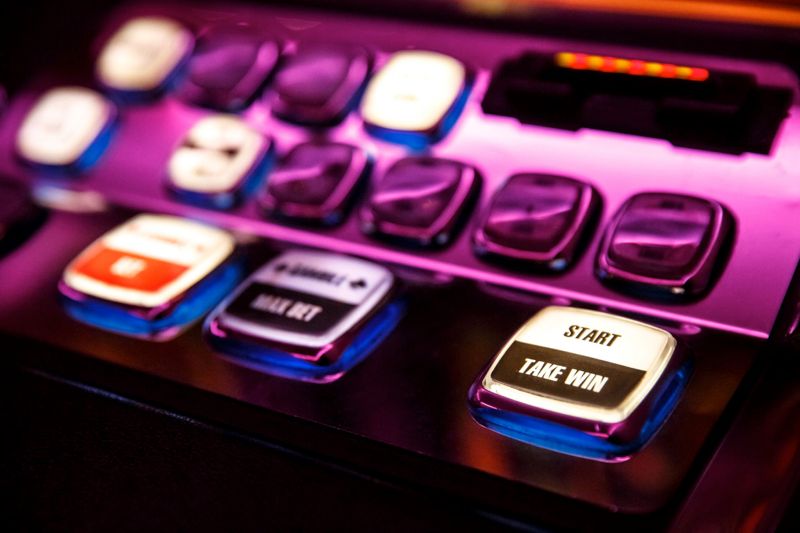 The return-to-player (RTP) rate is the percentage of your principal that you can potentially earn back on average whenever you play a casino game. If the RTP rate of a slot machine is 95%, for example, then if you gamble USD$100, the most probable likelihood would be that you'd earn USD$95 back. Likewise, if you instead bet USD$200, you'll likely make USD$190 back.

Of course, that's not always going to happen. There are times when you'll earn more or less than that. However, if you completely disregard strategy, the RTP rate has a major role in the game.

As it happens, video poker has arguably the highest RTP rate out of all the casino games, ranging from 95% to 99.5%. You may even encounter some casino games with over 100% RTP rate.

A lot of players would want to play a game with a high RTP rate. In fact, if you look up the most popular games in several casinos, you'll find that the majority on the list has one thing in common—they have high RTP rates. This is yet another reason why video poker is popular. In addition to its inherently high RTP rate, video poker has another desirable feature.

In traditional table poker, there are several players (2 to 14). The goal of each player is to win the pot, the pot being the total amount of money all players have bet in that particular round.

To do so, players would often use all kinds of strategies to outsmart other players. Only one player wins per round. As such, it can be difficult to earn back any amount of money if even one of your opponents has more experience than you. In short, it increases the difficulty of winning.

Video poker doesn't have this element. You have no opponent in the game, not even the machine, since, as mentioned, the cards you get are completely random. Your only opponent is yourself.

Not only does this make the game less intimidating, but it also makes it easier to play since you no longer have to think of the opponent. But of course, the ease of use can be a downside to some.

Granted, it eliminates the element of bluffing, but if you're on a poker table with seasoned players, your bluff would likely get called anyway. So, the uncertainty that competition brings is gone. The same applies to the payout, another uncertainty that poker players used to deal with.

In slots, you can roughly guess how much it'll payout for specific combinations by looking at the pay table. For your reference, the pay table shows the list of combinations and their corresponding rewards. Unfortunately, the pay table can only do so much. That's because there are countless possible combinations in slots, and each one has varying payouts.

The same goes for table poker, wherein the payout may vary according to the amount of money the players have wagered. The same can be said for your potential loss. You don't know how much you'll lose since the minimum you can wager will depend on the pot's size. If the pot is already quite large, then you might be forced to wager a lot of money if you think you can win.

Video poker doesn't have this issue. The pay table is similar to that of slots but much simpler. The combination is the only factor you need to consider when calculating the payout.

There are no lines, no patterns, and no extra features that make it more complicated than it should be. Every combination has a specific payout amount, and that's it. Perhaps the only feature that makes it more complex is the 2x Pay feature, which simply doubles the payout.

Twitch is a live streaming platform where you can watch something doing pretty much anything. And as it happens, one of the things you'll find on Twitch is poker players playing video poker.

It's no secret that poker has many variations. Texas Hold 'em, High Low Chicago, and Omaha Poker are a few examples. Each of these variations has different gameplay.

That's one of the reasons why traditional poker was quite popular. There are several things players can try if they have burnt out on the specific variation they frequently play.

This characteristic was adopted by video poker since it has its own variations as well, including:

What's interesting here is that video poker variations aren't like slots. If you're not aware, slots have different variations too, and they often differ in name and theme. While that might be what's advertised, these 'variations' are essentially the same game, just a different look.

This is the reason why choosing a specific video poker game is essential—each game offers unique experiences. If you're planning to play video poker games, the following section should help.

How to play online video poker

Unless there are complications, it should take at most 10 minutes to start playing video poker online with the following steps:

For this step, you may have to enter information like your email, date of birth, and other personal details.

Searching for an online casino site and selecting an option from the list are critical steps because they require you to choose between several options. Deciding on an online casino site is crucial because some have been alleged to have an unfair probability. Hence, it's best to go for the more popular sites like Stake. Similarly, certain video poker games may have a lower RTP rate than usual, so you also need to choose carefully.

Video poker became popular because of various reasons, such as its accessibility. Plus, it’s suitable for anyone, whether you just want to have fun or make money through video poker.

It's no surprise then that the prevalence of video poker wasn't artificially produced. So, there shouldn't be anything wrong with jumping on the wagon yourself.

Wondering what cryptocurrencies you should invest in during 2023? Or maybe you are wondering which ones to avoid? We've got all the answers in this article!

Sam Bankman-Fried has been all over the news since his arrest in 2022. But where did this man come from? What was his life like? Check out this article to learn more.