The cool thing about the cryptocurrency world is that it is always changing. One week there is a cryptocurrency climbing the charts like there is no tomorrow, and then the next week it is something different. One of the cryptocurrencies that is currently up over 400% in a short period of time is one known as Elrond.

Elrond is a blockchain network that focuses on scaling the internet of things in a way that no other blockchain can. This is possible thanks to a unique data sharding process which makes Elrond capable of processing over 10,000 transactions per second.

Whether you are interested in investing, or maybe you are curious about using the Elrond blockchain for your business, keep reading to find out an overview of what people are calling the most highly scalable blockchain available.

Elrond, abbreviated EGLD, is a blockchain network that relies on data sharding, or splitting up the data, when processing transactions. This is great because multiple pieces of data can be processed and approved by nodes at the same time. Currently, the blockchain has displayed the ability to handle 10,000 transactions per second which is much higher than Bitcoin’s 7.

Developers can use Elrond in any manner that they would use Ethereum, such as to build Dapps for enterprise and create supply chain solutions. Transaction fees are low, at 1/10th of a cent per transaction, making it much more affordable that other comparable blockchains. 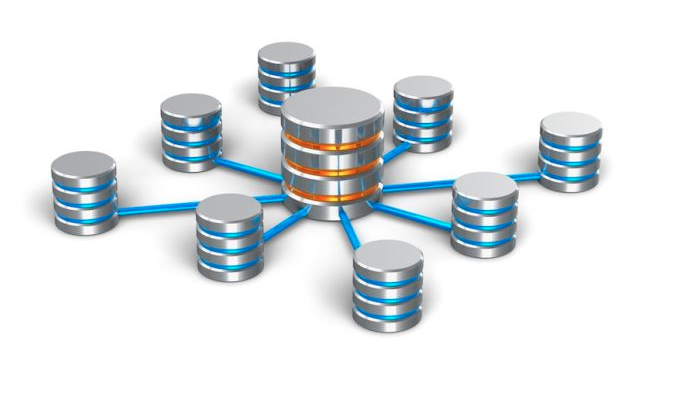 How Does Elrond Work?

Elrond is built on a proof of stake consensus mechanism with a random node selection process. This means that anyone who holds stake in the blockchain of a certain amount will be able to process transactions. Nodes are rated however, and if a node has a bad rating it will be skipped over for the next round of transactions. The rating is based on a combination of factors, one of which is the amount of stake a node has in the system. Additionally, the nodes are split into groups, and these groups are frequently shuffled around in order to maintain a high level of security, and prevent malicious node groups in the Elrond blockchain.

Because Elrond uses the sharding process to split data, this means that multiple nodes will be processing transactions at the same time on parallel networks. This is part of the reason the network is able to boast such speeds, because not all nodes have to work on the same transaction at the same time like in a proof of work consensus method.

Like Bitcoin (and unlike Ethereum) Elrond has a maximum supply of 31,415,926 EGLD. Programs on Elrond can be coded in any number of coding languages, making them easier to work with than Ethereum which requires a background in the coding language Solidity in order to get started.

Although this may be a project that is only reaching your radar now, it was actually invented in 2017 by Beniamin Mincu, Lucian Mincu, and Lucian Todea. They created a company to back the blockchain called Elrond Network and it is currently based in Malta.

The company launched a private investment round in June of 2019, and raised $1.9 million. They later issued an IEO where they netted an additional $3.25 million in exchange for 25% of its coin supply. The project was slow to launch however, and the mainnet didn’t become public until July 2020. At that time the coins that were initially issued during the IEO, ERD, were rebranded and all holders were issued the new EGLD. 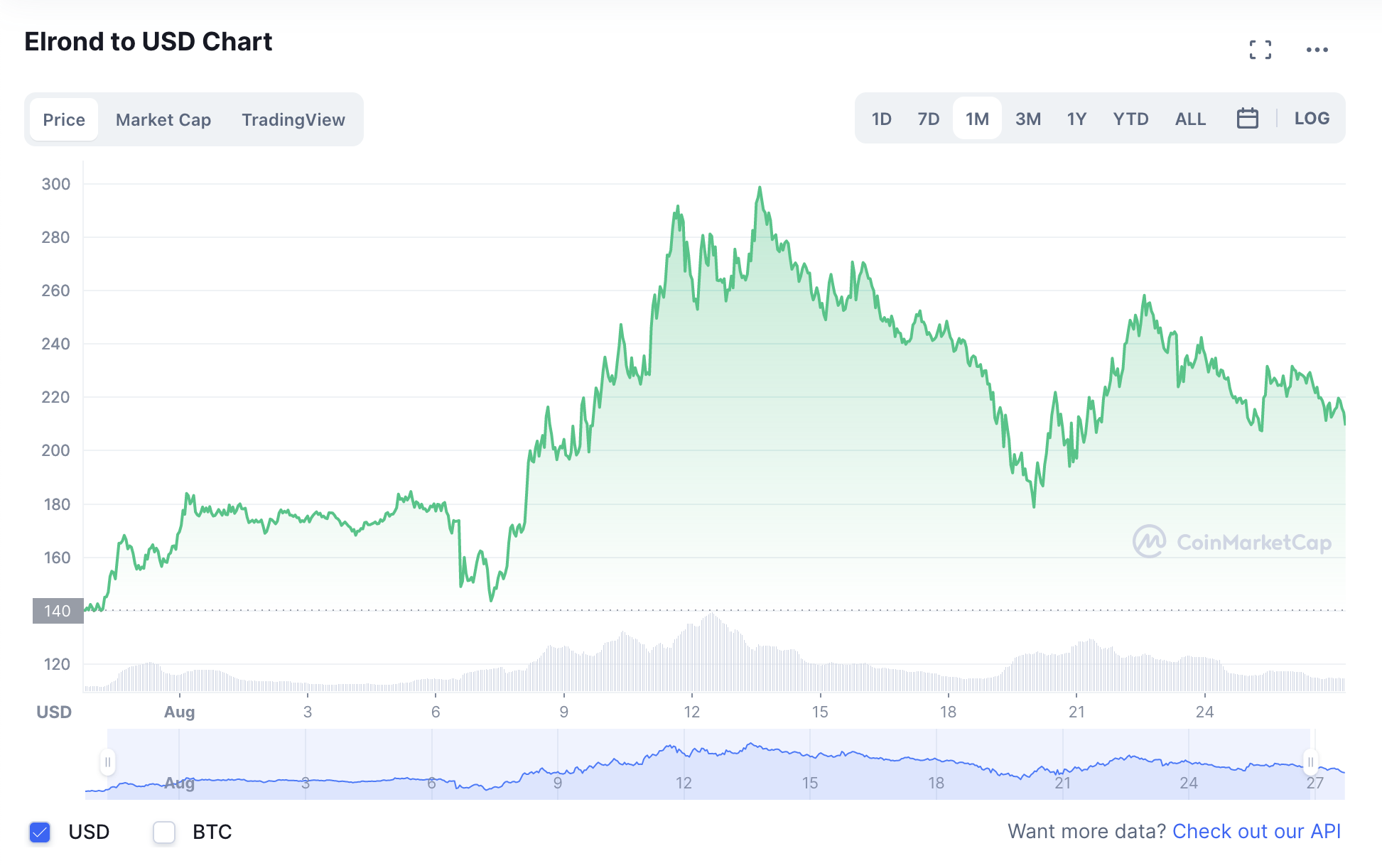 Why is EGLD so Expensive Right Now?

If you take a gander at coinmarketcap, as of the writing of this article, the price of one EGLD is almost $200 and climbing. Why is it so expensive? Well one of the reasons is because the NFT sector of cryptocurrency has finally cooled off a bit and now investors are ready to head back in investing heavily in the DEFI world of which EGLD is a major part of.

But of course the above reason is just speculation, other, more concrete, reasons that the coin has seen so much action lately are because it has been listed on two new exchanges. On September 9th, US citizens found that they could buy EGLD on the Maiar app, and on September 11th, users of KuCoin exchange found that they too had access to the currency. This caused the price to increase exponentially over the course of one weekend.

Plus, EGLD is in a period of expansion. Not a day goes by where they don’t announce another partnership with a large company. This increases interest in the coin, and keeps them in the forefront of news reports. The most famous partnership they have made is with Samsung, who is in the process of building a mobile cryptocurrency wallet that will support EGLD when it is finished.

Should You Invest in Elrond?

Elrond is a fairly new project, and it can be difficult to say if it will reach the same heights as Ethereum. But the technology behind the name is solid, and the company does seem very open about their plans for expansion. Not to mention that it is much more scalable than almost any other blockchain currently on the market. This puts it in a good position for future growth and possible investment potential.

But of course, like any alt coin, it can be difficult to come close to the following of the big blockchains like Bitcoin and Ethereum. This means that any investment in Elrond is still considered extremely risky and should be approached with the utmost caution.

Overall, the Elron blockchain could be the blockchain the world has been waiting for. With its inexpensive cost and easy scalability, it is a great option for any company looking to add blockchain integration into their business plan. And with a bright and transparent future, it could be a good investment to add to your portfolio. Just be sure you don’t invest any money you aren’t okay losing, as all cryptocurrency investments carry a high level of risk that isn’t for every investor.

“And they’re off!” This popular phrase can be heard across horse racing tracks everywhere. The excitement of the horses at the starting gate; the rush when they are racing down the track; all of these are what horse racing fans look forward to at tracks around the world.

When friends come to you and talk about an alt coin they are currently invested in, it can be difficult to know if it’s a project you should put your money in. And with so many altcoins on the market, it’s important to keep up on your information especially when it comes to a project called TAXA.