Participating in protests has been done in many countries all over the world for many different reasons. While peaceful protests are typically tolerated, those that become aggressive and violent forces law enforcement and government agencies to get involved. Many people wonder what caused the Canadian government to freeze many cryptocurrency accounts during a recent protest.

The Freedom Convoy Trucker’s Protest, which started as a peaceful protest to oppose vaccine mandates put in place for truckers crossing borders, turned into a nightmare for protestors who found their accounts frozen. This is because the government in Canada invoked the Emergency Act which gave them the power to do so.

To learn more about the reasons the Canadian government froze cryptocurrency accounts, you first need to understand what this protest is. Keep reading to discover how invoking the Emergency Act affected financial institutions and protestors across the country. 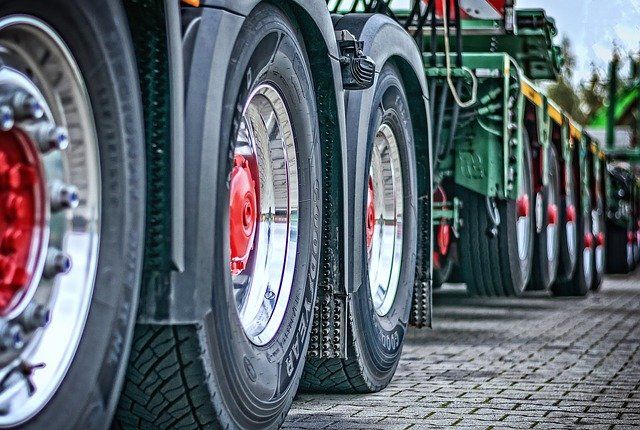 What is the Freedom Convoy Trucker’s Protest?

Canada's prime minister's government mandated that truck drivers, both Canadian and American, would have to get a second round of vaccines before crossing the border, prompting truckers to protest. The protestors gathered on the streets in Ottawa, around Parliament, and other areas across the country.

The protest has affected more than just the Canadian government, it has a direct impact on Americans due to the inability to trade and get needed supplies across the borders. The truckers ultimately created a convoy around these areas shutting down any type of commercial activity.

What is being called the Freedom Convoy Protest has created massive chaos in the downtown areas of Ottawa, not to mention to every major border leading into the United States. The border trade and supply chain that was already in crisis due to the recent pandemic has been hit again due to this protest.

What Does Invoking the Emergency Act Mean?

Prime Minister Trudeau is the first to invoke this Act since it was put into law shortly after it was developed. The Candian government states that it needed to invoke it in this situation with the Freedom Convoy is because the circumstances changed from a peaceful protest to what is now supposedly jeopardizing the entire country’s economy.

This Act says that the government is allowed to take certain actions that may not be otherwise taken in other circumstances. While this does not give them unlimited power, it allows specific measures to be taken that can help the situation.

The Royal Canadian Mounted Police, or RCMP, sent letters to various crypto exchanges with a list of names and crypto addresses that were involved in the Freedom Convoy and ordered them to shut down any current and future transactions. This action was to take place immediately and not be lifted without government approval.

There were reportedly 34 cryptocurrency addresses that would be affected by this action with the majority being directly related to Bitcoin. One crypto wallet had an estimated $1 million in Bitcoin and was found to be in support of the protest.

The reason Bitcoin became a target in the protest in the first place is because the Canadian government originally issued an order not allowing those in the convoy to receive funds raised on their behalf from GoFundMe. This led to many people sending Bitcoin donations instead of sending them on GoFundMe. 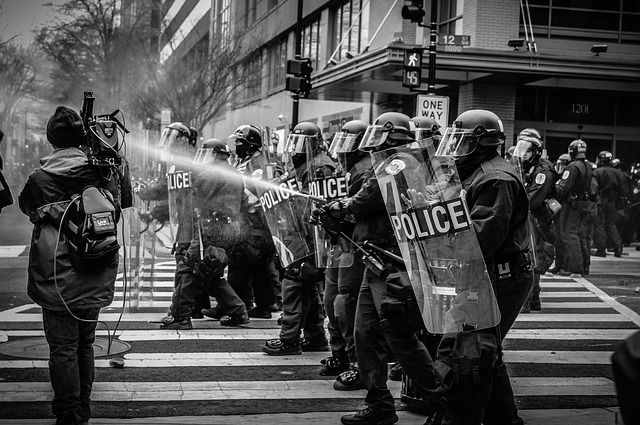 How Does This Affect Banks and Other Financial Institutions?

Because of the nature of the Emergencies Act, the Canadian government is allowed to take measures that are critical to national security. Since the government claims that the protest of the truckers had a direct impact on international trade and commerce, the government stepped in to shut it down by shutting down the funds backing the protest. This move shocked Americans as they didn’t believe this was right.

The reality is, the Act in question, which Canadians voted on, gave the Canadian government the right to freeze financial assets such as bank accounts, and accessible crypto assets to anyone that was directly involved in the protest. Therefore the Canadians angry at the government have to realize they are partially to blame. Additionally, all these Americans who are upset by this have to realize that the US government technically has the same power.

Under certain Anti-terrorism acts passed following 9/11, the US government has the right to freeze and seize any assets they believe to be funding terrorism. This means that if a similar protest happened in the United States, as long as the US government labeled it as terrorism this would allow the US government to do the exact thing that Americans are shaming the Canadian government over.

And remember, all the Canadian government did was freeze the legal cryptocurrency exchanges. They had no power to shut down DEFI projects, or forcibly take Bitcoin from people who kept their assets in a cold wallet offline. So while this article may seem shocking, know that there really wasn't much the Canadian government could do besides make it less convenient for the truckers to use crypto.

Truckers Not Backing Down

Anyway, back on subject, in light of the RCMP enforcement attempts to shut the protest down, many of the truckers who are protesting have stated they will not back down. This is because they believe that they should be heard and if they are not they will continue to sit until they are hauled out.

In some places, it has become virtually impossible for the RCMP to get in and arrest those who are causing problems since there are so many of these protestors and supporters. This is why the government issued the Emergencies Act to attempt to take back the country they are quickly losing control of.

Emergency Act Comes to an End

After nearly a week of the Emergencies Act being invoked to shut down the Freedom Convey protestors, Prime Minister Trudeau announced that he is revoking the act and all of the actions that came with it. This is because, while the protest continues, it is not in the same state of emergency as before.

He believes that the number of protestors has been reduced enough that the RCMP and other measures can continue to take care of the situation. This means that all accounts that were previously frozen, even the cryptocurrency ones, will start the process of being unfrozen.

Many of the various government departments across the country have agreed that while it is not completely over, there is no need for the Emergency Act measures to stay in place. They will, however, allow law enforcement to keep the same emergency tools and protocols to continue to enforce the issue. There are some who believe the act was discontinued because of worldwide feedback that they felt freezing bank accounts was a tyrannical and nazi way to deal with the protests.

Overall, invoking the Emergency Act has caused quite a bit of an uproar across the country, with some in favor of it happening and others in protest. Many stated that although they felt Trudeau jumped the gun on invoking it, they will support the action. With the situation believed to be under control, the government and law enforcement will try to do their best to resolve the rest of the protest–although it is still continuing as of the posting of this article.

Bitcoin and Ethereum, while famous, aren't the only cryptocurrencies out there. If you are interested in buying a coin which isn't one of the big two, read this article to find out how you can do so.

Want to try your luck to win the lottery, but not sure where to start? We've got all the information you need in this article.