Recently, the Bitcoin Cash Fork and its accompanying mining war have been making the headlines. In fact, whenever there is a fork of any cryptocurrency, it generates a decent amount of buzz and even fear.

Understanding Bitcoin forks, including how and why they occur, will help institutional investors mitigate the panic and uncertainty felt during each one.

What is a Fork?

A fork is a new software version of a particular blockchain that has different attributes but still shares a history with the original chain. This splits one cryptocurrency into two as seen in the case of Bitcoin and Bitcoin Cash. Contrary to popular opinion, not all forks are permanent. Some may last for short periods like weeks, days or even minutes.

When Bitcoin emerged, it was an absolute wonder since cryptographers had been trying to create such a digital asset for a long time without much success. However, as time went on and the true capabilities of the system were tested with its influx of users, its flaws began to appear.

Everything from block size and its lack of ability to scale, to transaction speeds and consensus, were called into question. Soon, stakeholders including users, developers and miners began to look for ways to create modified versions of the Bitcoin blockchain.

Although there were already over 500 cryptocurrencies in existence before the first Bitcoin fork, BTC remained the largest and most used one. It was also the most popular and had users who had started out as early adopters and built fortunes on it.

In cases like this, not every user wants to make modifications, so opinions are usually divided. The only way to solve the problem is to create a breakaway version of the cryptocurrency (in this case, Bitcoin). 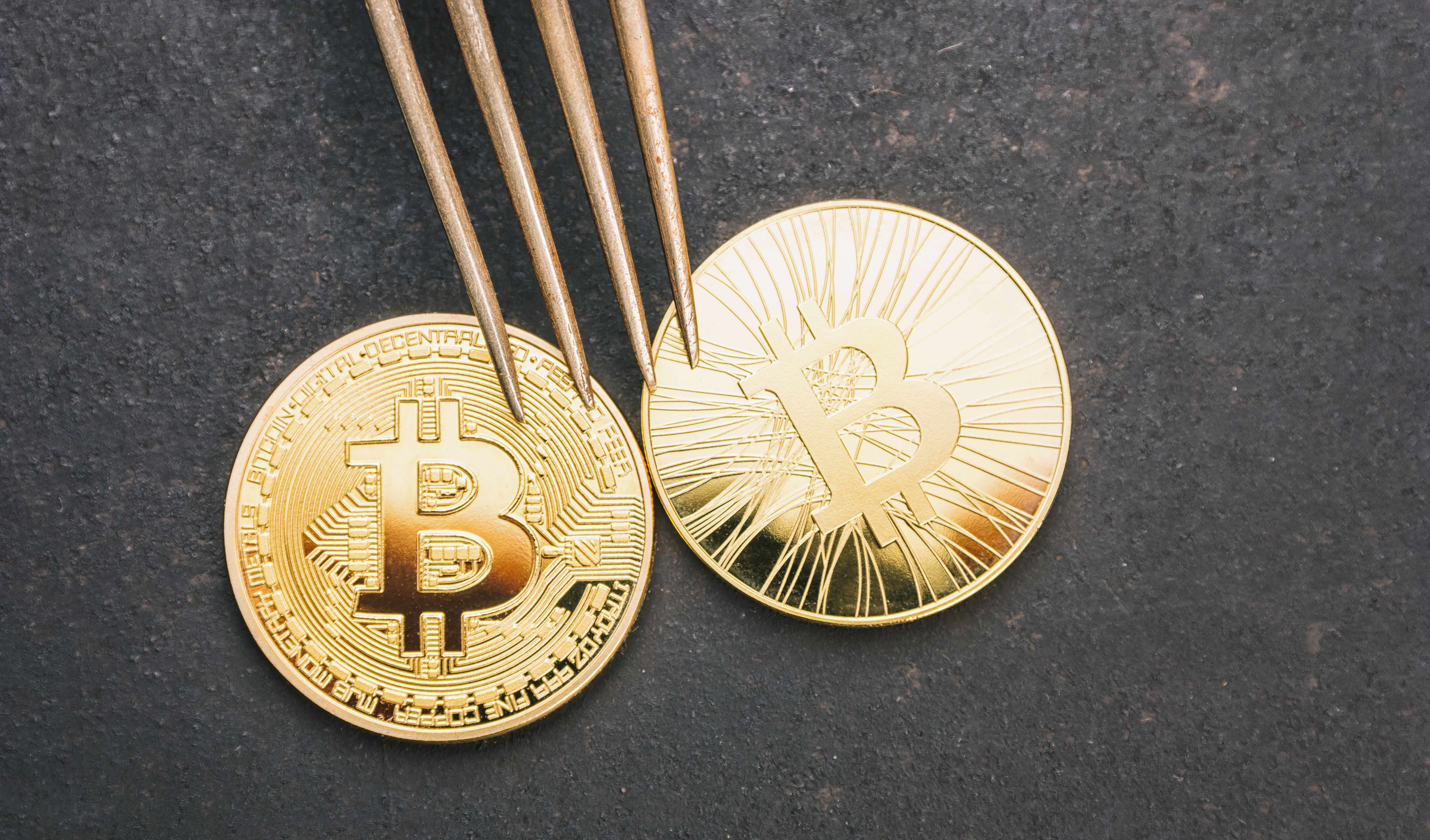 Why Do Forks Happen?

What are the Different Types of Forks?

Although the term “fork” is used generally, there are various types that fall under this classification.

This is a software modification to a blockchain that splits it and renders the new version backward-incompatible. This means that transactions on the new blockchain will be invalid on the old one.

The biggest problem that can occur during a hard fork is a huge disagreement on what the new rules should be. This can split the network into different factions and take up mining resources.

The recent Bitcoin Cash hard fork in November 2018 is a great example. Due to disagreements, the fork was split into BCHABC and BCHSV, both separate cryptocurrencies that are now locked in the middle of a mining war.

Another example is the Ethereum DAO hard fork that created a rift in the community. In the end, the software was split into two blockchains running as Ethereum and Ethereum classic. Both are now standalone cryptocurrencies with their own protocols.

Unlike a hard fork, a soft fork is backward compatible even after a chain split. This means that transactions on the new network remain valid for nodes on the original network that have not been upgraded. However, this is not the same for mining practices. Non-upgraded nodes will no longer be able to mine blocks because the upgraded nodes will reject them.

There is a huge risk of a soft fork splintering off like a hard fork. This can occur if it does not receive enough mining support, making it the shortest chain. This would technically mean that the data on it is not as comprehensive as that of the previous chain. Due to this risk, soft forks are commonly used as software upgrades on the Bitcoin blockchain.

This is often seen when a blockchain is upgraded with a soft fork without direct support from its mining community. This means that miners have no direct power on the activation of the fork.

Instead, such power is left in the hands of the users, including businesses and exchanges that run full nodes. In fact, most major exchanges like Binance must support the fork before it can be appended to the new version of the original code.

A user-activated soft fork takes more time to actualize than other types of Bitcoin forks. This is largely due to the fact that apart from writing code, it would take a long time to get users, including exchanges on board.

Also, if user support is not sufficient, it can prevent the fork from occurring. On the other hand, user support can also overwhelm the network, causing it to split eventually.

What are Some Examples of Bitcoin Forks?

Bitcoin has had several proposed and actualized forks since the first one in 2015. They include:

This fork occurred in 2015 and was the first real fork of the Bitcoin core reference client. It was first proposed by Mike Hearn in 2014 amid public dissatisfaction with the original block size.

Hearn called for the addition of a new P2P protocol extension for UTXO lookups on a given set of outpoints, as a way to increase the volume of Bitcoin transactions from 7 per second to 24 per second.

The Bitcoin classic fork was driven by the need to increase BTC block size from 1mb to 2mb. It was created in February 2016 and also sought to place the technical governance of the network in the hands of all stakeholders instead of just developers. This ensured that businesses, exchanges, and miners were included in a voting process concerning Bitcoin core decisions.

The Bitcoin Unlimited fork was created in December 2015 by Andrew Stone. It gave users the freedom to choose their preferred block size and find the limit with a majority consensus. This allowed them to track the largest proof-of-work, irrespective of its block size.

Created on October 2017, Bitcoin Gold was aimed at decentralizing the bitcoin mining process. While the protocol allows anyone to mine, resources are expensive and as a result, miners pool together.

This has led to a situation in which some mining pools have accumulated a majority share of the total network processing power. Bitcoin Gold was designed to use the memory hard equihash algorithm.

This was an ASIC-resistant fork due to a merger of Bitcoin with Zclassic using the memory hard equihash algorithm. Bitcoin Private was created in February 2018 and also allows users to generate public or private addresses.

This is the most popular and highest performing Bitcoin fork so far. It is fully decentralized and was created with the need to scale the Bitcoin network. Bitcoin Cash has risen quickly to become the fourth largest cryptocurrency by market capitalization since its creation in August 2017.

It is evident that Bitcoin forks will occur as long as the network exists because there are continuous developments and evolution regarding its technology. However, there still remain several issues to be fixed, most especially scalability, which has proven insufficient enough to warrant an additional Bitcoin Cash fork.

It seems that forks will continue to trickle down among several digital currencies until the perfect system is achieved. Hopefully, these splits do not turn out to be the nemesis of the working cryptocurrency system that users have been striving to achieve.

The Po.et (POE) cryptocurrency project is a venture that directly addresses issues with content ownership and piracy. Unlike most crypto projects focused on financial transactions, Po.et is based on provenance. It is one of the few projects aimed at solving pressing issues in the area of content creation and distribution.

Major firms all over the world are finding ways to integrate blockchain technology. A major blockchain player is Amazon, the e-commerce giant that has filed several patents and created services to suit its growing community.