Many people think that Esports has come up only recently, and because of the recent rise in popularity, it seems that way. Between the high-tech tournaments and the streaming on platforms like YouTube and Twitch, gamers everywhere have come together to see what it takes to be one of the best. But when did Esports actually start?

The Esports gaming industry may look quite a bit different these days with all of the advances in technology, but gaming tournaments and events, to some degree, have been around as early as the 1970s. Although the name esports did not come along until much later, the idea has been around for quite some time.

To discover when Esports began, you will need to understand better the history of how the broadly popular tournaments evolved. Keep reading to learn more about what Esports is, what games are involved, and when it got started the way you may know it today.

Esports, or electronic sports, are competitions in which players compete against each other for various titles, cash prizes, and, of course, bragging rights. Although the term isn't the standard definition of sport, it still applies since people come together to cheer for their favorite team or individual.

Also, much like other sports, Esports players often have coaches, managers, or mentors to help them navigate the realities of being a professional gamer. Coaches may be former gamers who have stopped playing to help others become better at the game they play.

Esports is a big-money gaming industry supported mainly by various sponsors who back a team or individual. Some of these sponsors include Audi, Red Bull, and Mountain Dew. You can even bet on the outcome of esports games just as you can on regular sports.

What Types of Games Are Considered Esports?

The Esports industry is typically more complex than many people think. This is because, like most other sporting franchises, Esports includes players, coaches, teams, sponsors, and more. Adding to the complexity are the various games and game types involved in the Esports world.

The following is a list of different types of games that make up the world of gaming:

Many tournaments worldwide involve these games, with thousands to even millions of people either participating or attending. The cash prizes for these types of matches can be anywhere from the hundred thousand dollar range to millions, depending on the type of event and who is sponsoring it. 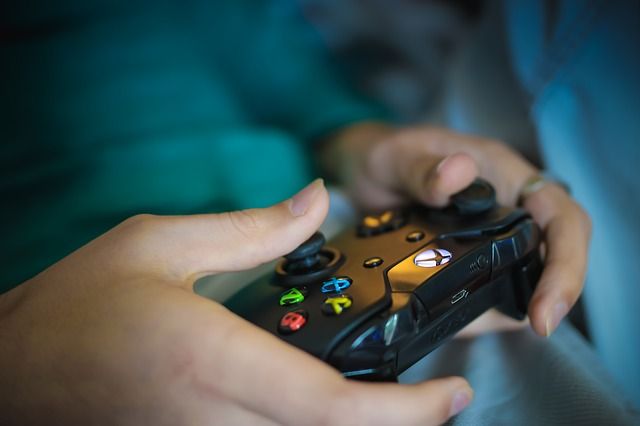 When Did Esports Start?

Even though gamers have been gathering to play video games since the 1970s, there is some disagreement about the precise date when Esports began. Perhaps this is because gaming tournaments did not have a name until the early 2000s, or maybe the technology was different. Either way, esports is here to stay.

Many people believe that Esports began when about 24 gamers joined together for a tournament called Intergalactic Spacewar Olympics held at Stanford University in 1972. Although not the cash prizes offered in today’s tournaments, the award for the winning gamer was a subscription to Rolling Stone Magazine.

Others believe that the official Esports was not born until the 2000s, when the internet made it much easier for players to compete from further distances. By this time, the games were more intense, and graphics were definitely more advanced, which made for a much more exciting experience for most gamers.

Whether you believe one way or the other is a personal preference, however, most can agree that the early 1970s and beyond games paved the way for what Esports has become today. From basement gatherings to multi-million dollar tournaments, Esports can be enjoyed by gamers and fans alike.

What is the History Behind Esports?

As previously mentioned, the gaming industry goes back quite far in historical aspects. From the beginnings of the severely pixelized images to the extreme and realistic graphics of today’s games, Esports has come a long way.

Early gamers worldwide gathered from the original tournament at Stanford University in 1972 with the combat game fit for multiple players, Spacewars, to games in the late 1970s like SeaWolf, Space Invaders, Pac-Man, and Asteroids around arcade machines just to play.

The early 1980s started in the gaming industry with the continued rise in the beloved game Space Invaders. The video game console company, Atari, hosted the Space Invaders Championship tournament in Los Angeles, which attracted more than 10,000 gamers to participate.

This was also the decade that many people played games tossing quarter after quarter into arcade machines to try for the coveted spot of “high scorer.” Games such as Donkey Kong gained popularity with gamers of all ages.

The 1990s brought the rise of Nintendo and their ingenious gaming ideas to the market for gamers everywhere. The Nintendo World Championships brought the era of cash prizes for these types of tournaments.

This was also when the internet ramped up, and with many advancements in technology, many companies began creating new types of games, such as the FPS or first-person shooter games.

Gaming in the 2000s and Beyond

The 2000s brought even more advances in technology, which enabled gaming companies worldwide to create games that were more suited to tournament play, such as multiplayer online battle arenas and more. More tournaments were designed to attract gamers to this exciting new world of Esports with these advancements.

Tournaments such as Electronics Sports World Cup and Major League Gaming brought some of the highest-grossing events to date. Many of these events still exist today and are just as lucrative as they began.

Along with the tournaments that now bring in millions of dollars, platforms such as Twitch, which became popular since its launch in 2011, came onto the scene. Twitch is a platform used by many top gamers who choose to stream themselves playing while millions watch.

At the end of the day, although the way Esports is played today seems like a newer concept, it is easy to see that its origin is not so new. Over the next few years, Esports will likely continue to rise not only in popularity but in gamers joining the ranks of those already playing and a fanbase that is second to significant sporting events.

Bitcoin is quickly becoming worth a pretty penny. So who in the world has the most Bitcoin? Read this article to find out.

You want to gamble, but you're also a person of faith. So just what does the Bible say about gambling? Find out in this article.