Bitcoin network has grown in popularity over the last few years, as demonstrated by its daily use. The number of Bitcoin ATMs has also increased globally from 1 in 2013, to 500 in January 2016, to a whopping 5,042 in July 2019. This shows that there is growing demand and interest in Bitcoin as an asset and even cryptocurrencies as a general asset class. But how exactly does Bitcoin work? 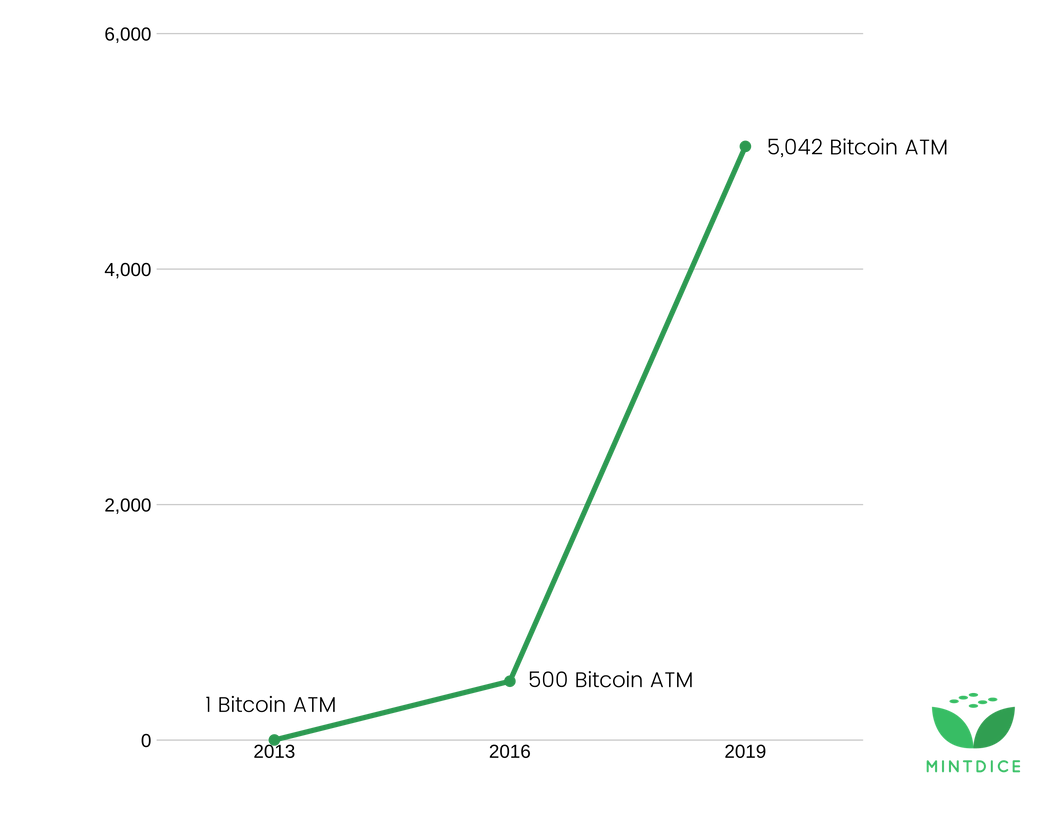 Bitcoin is underpinned by blockchain technology, a cryptographic digital data structure. Basically, whenever anyone sends or receives Bitcoin, the transaction is recorded in blocks which are linked together in a chain.

This sounds pretty simple but becomes infinitely more complex when security is considered. If data just sits in a block for anyone to see and manipulate, then Bitcoin doesn't come across as a viable asset. To ensure that this isn't the case, a group of people known as miners secures and handles the storage of transaction data on the network through a process known as Bitcoin mining.

What is Bitcoin Mining?

Bitcoin mining is the process by which new Bitcoins are created. It also encompasses the recording of transactions on a blockchain as well as securing the network. Mining is aimed at three core functions on the Bitcoin network:

How Does Bitcoin Mining Work?

Here's where things get a little bit more technical. The entire process of mining is based on cryptographic functions.

Every 10 minutes, miners add a new batch of transactions to the Bitcoin blockchain in the form of a block. Usually, a consensus is needed to validate a transaction. For example, if there are five people in a room and person A gives person B $5, that transaction is only valid because the other people in the room can say that they saw it happen. In traditional banking systems, customers rely on the banks to be honest about their transactions.

As for Bitcoin, the entire system is “trustless”, so users don't have to rely on miners to be honest. Miners equally don't have to rely on trusting other miners to validate transactions. Instead, they rely on the validation protocols embedded in the system's code. This code serves as the DNA of Bitcoin and provides instructions on how each transaction must be validated. Since each miner follows these instructions, there is no need to trust the next miner.

As per our earlier example, a consensus was easy to arrive at because there were only a few people in the room. What happens in a system with thousands of validators and millions of users who don't know each other and may never meet? How is consensus achieved in such a system? The Bitcoin code houses a consensus mechanism known as Proof-of-Work, which aims to get all the miners to agree on a single transaction history.

Miners work around the clock to collect transactions being broadcast across the network and prepare them into blocks to be added to the blockchain. Only one block will be chosen and because of the distributed nature of the network, the Bitcoin blockchain will choose the block with "the most work done." Work here refers to trying to guess the right value for a block element known as a 'Nonce.' To ensure that an average of one block is chosen every 10 minutes, the system adjusts the difficulty of finding the correct value.

Basically, miners' ASICs run through different number iterations until one miner finds the correct answer. This means that the miner has formed a valid block which will be shared with other miners. If it adheres to all system rules, the block is accepted and the miner is rewarded. The current block reward is set at 12.5 BTC per block. This value is halved every 210,000 blocks and has been halved twice already. The next halving is expected to occur in May 2020.

Who Can Mine Bitcoin?

Bitcoin is one of the best cryptocurrencies to mine in 2019 and anyone can do it. Since the system was created with the principle of decentralization, ideally, there are no restrictions to mining. However, the cost of mining has largely centralized the process and created a high barrier to entry. Not only are the required devices expensive for the average person, but the cost and amount of power needed are also crippling.

The amount of electricity required to validate a single Bitcoin transaction can power over 16 U.S households for a whole day. This electricity requirement accounts for over $8 billion in global Bitcoin mining electrical costs annually. Since most single miners cannot afford to bear the costs of mining, they form syndicates known as ‘mining pools,' that share resources and ultimately, profits. Some popular Bitcoin mining pools are BTC.Com, Antpool, and Slush.

What Technology Do You Need to Mine Bitcoin?

Bitcoin mining requires the use of specialized hardware and software. Initially, BTC could be mined using small Central Processing Units (CPUs) and later, Graphics Processing Units (GPUs). As mining difficulty increased and the network size grew, it became more difficult to mine with these devices.

Today, Application-Specific Integrated Circuits (ASICs) are the most common devices used to mine BTC. The average ASIC is equivalent to 400 GPUs and 12,000 CPUs in power. Although pricey - the cost can range from $2500 to $10,000 - it is the most powerful device that is readily available for mining. For mining software, BFGMiner, BTCMiner, EasyMiner, and CGMiner are some of the best options.

How to Start Mining Bitcoin

There are two ways to start mining Bitcoin. The first is through cloud mining and the other is by buying equipment and software for personal mining.

Cloud mining can be done in the following steps:

Anyone trying out personal mining should:

Set up a cryptocurrency exchange account to sell Bitcoins after they are received.

Bitcoin mining is a way to secure the asset's blockchain network, forge new coins, and keep an updated record of all transactions. It is also one of the most lucrative ways to invest in Bitcoin. Apart from being the bedrock of the asset's functionality, it has created wealth, jobs and new industries. Makers of mining equipment, cloud mining service providers, miners, and other stakeholders in the process have benefited immensely in a sector that continues to grow. Mining profits may be slow at the beginning, depending on the price of Bitcoin as well as mining difficulty and other variables. However, things may improve later. Mining can be compared to a lottery, and profits are not always guaranteed.

Are you staying current with the latest Bitcoin news? In this article, you will learn about the happenings in the cryptocurrency world in the United States and abroad.

Looking for a new game to play with your Bitcoin? Read this article to learn about one of the most popular games in the crypto world, Bitcoin Slots.